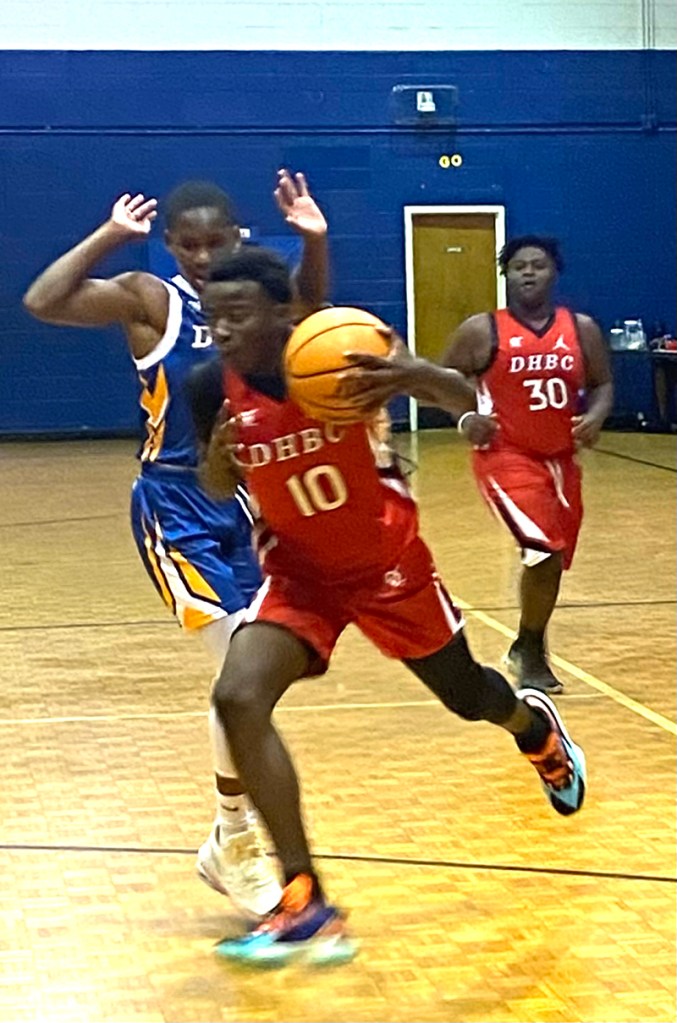 AJ Myers drives to the basket for the 14U Heat. Myers scored 12 points in his team’s loss to the Mavericks. Photo by Ken Gustafson

AMERICUS – While the temperature outside continues to heat up, the action inside the Ninth Grade Academy gymnasium continues to be just as hot as the Dwight Harris summer basketball league is now in its third week.

On Wednesday, June 15, the action began with a fast-paced, competitive game between the 12U Suns and Mavericks. It was a back-and forth affair throughout the contest, but in the end, the Suns came out on top 39-35. 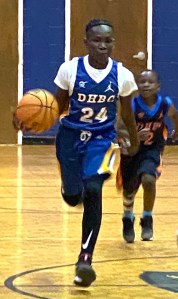 Terrell Sims scored 19 points to lead the 12U Mavericks in their loss to the Suns.
Photo by Ken Gustafson

Morgan Cochran grabs a rebound and is about to go up for a basket against the 17U Wings.
Photo by Ken Gustafson

In the Girls’ 17U Division, the Macon County Bulldogs defeated the 17U Wings 39-30 and in the final game of the night between the Celtics and the Macon County Bulldogs in the 17U Boys’ Division, MC took control early and dominated throughout on their way to a 67-44 victory. Derrick Lester led MC with 18 points and Joshua Fulks had 14 for MC. Jaylen Thomas led the 17U Celtics with nine points.

Action in the Dwight Harris league takes place every weekday, Monday through Saturday, at the Ninth Grade Academy gymnasium. The top teams in each division will advance to the playoffs in late July.