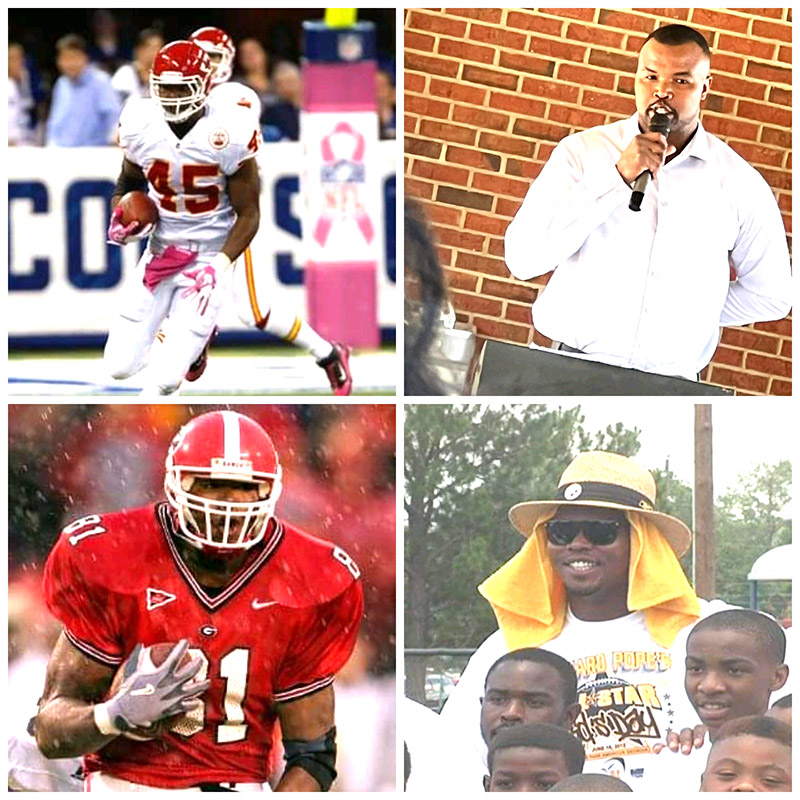 Former UGA Football Standout and NFL Veteran Leonard Pope was in Americus on Thursday, July 21 to hand at the Beautiful Minds Clubhouse to distribute food boxes to the kids there. Submitted Photos

AMERICUS – Americus native Leonard Pope went on to do great things. He was a standout tight end at the University of Georgia and went on to play six years in the NFL with the Arizona Cardinals, the Kansas City Chiefs, the Pittsburgh Steelers and the Chicago Bears. However, like everyone else who achieves great things in life, he didn’t do it alone and on the afternoon of Thursday, July 21, Pope put into action his desire to give back to the community that helped him earn the success he enjoyed. 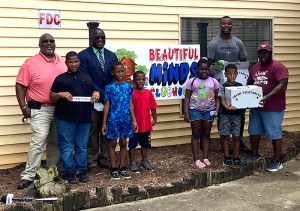 From 2 to 3 p.m. on Thursday, Pope was at the Beautiful Minds Clubhouse at 209 Habitat Street in Americus to distribute food boxes to the kids there. This was in cooperation with Pope’s charity foundation entitled Creating Hope and Making Progress (C.H.A.M.P.), Phoebe Sumter Medical Center and Healthy Sumter & Flint River Fresh LLC in an effort to improve the lives of the people of Sumter County and surrounding areas. Two of the priorities that are dear to Pope and that he wants to see addressed are Food Insecurity and Mental Health Awareness. For Pope, this was an opportunity to do what he could to further those causes and to give back to his community. 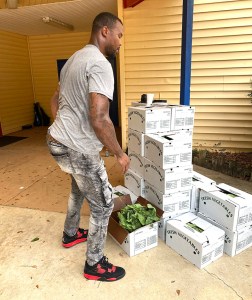 Former UGA Football Standout, NFL Veteran and Americus native Leonard Pope gives back to his community by handing out food boxes to the kids at the Beautiful Minds Clubhouse.
Photo by Ken Gustafson

As a young man growing up in Americus, Pope had a lot of mentors and people that he looked up to as examples of those who gave back to the community. “You take the people that were before my time,” Pope said. “You have the great leaders: Alonzo Jackson, Fabian Walker, Chris Johnson, Robert Johnson, John Harris….You have those guys.” Pope went on to name people such as Otis Leverette and Skylar Mansfield: two men who are currently helping kids in Alabama. He also talked about the many coaches that influenced him in a positive way, such as former Sumter County Head Football Coach Eric Soliday. “I didn’t do it on my own. I had people, close friends that also grew up here in Americus that helped me a long the way and gave me a chance out here,” Pope said.

Pope, who now lives in Atlanta, is currently concentrating on being a good husband and father, as well as collaborating with Healthy Sumter in giving back to the community that gave him so much.

The Beautiful Minds Clubhouse is associated with Middle Flint Behavioral Healthcare and serves as a partner in addressing the needs of children and adolescents, particularly in the areas of mental health.