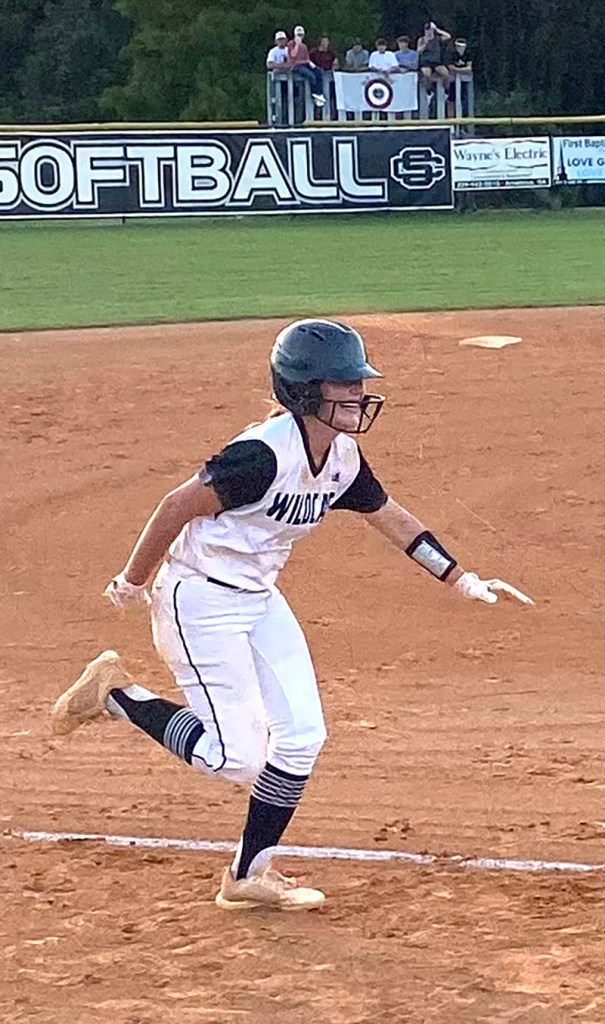 Schley County shortstop Destiny LeCroy belted a three-run homer in the fifth inning to help lead the Lady Wildcats to a 12-4 victory over Perry. ATR Archive

PERRY, GA – Thanks to a seven run fifth inning, the Schley County Lady Wildcat Softball Team (SCHS) improved to 2-0 on the young season with a 12-4 victory over Perry on Wednesday, August 10 at Perry High School.

With the score tied at 3-3 in the top of the fourth, SCHS second baseman Emma Walker tripled in a run to give the Lady Wildcats a 4-3 lead. Walker would later score on a Wild pitch to give SCHS a 5-3 advantage.

Brenna Jacobs went 2 for 2 at the plate with an RBI for SCHS and Kalli Bishop went 2 for 3 with a double and two RBIs. LeCroy also had three RBIs with her three-run homer in the fifth.

Makenna Wurtz went the entire way in the circle for the Lady ‘wildcats. She gave up four runs on six hits, walked two and struck out two.

The Lady Wildcats (2-0) will try to stay undefeated when they host Westfield on Tuesday, August 16 at 5 p.m.