Lady Wildcats get shut out at Mount de Sales Academy 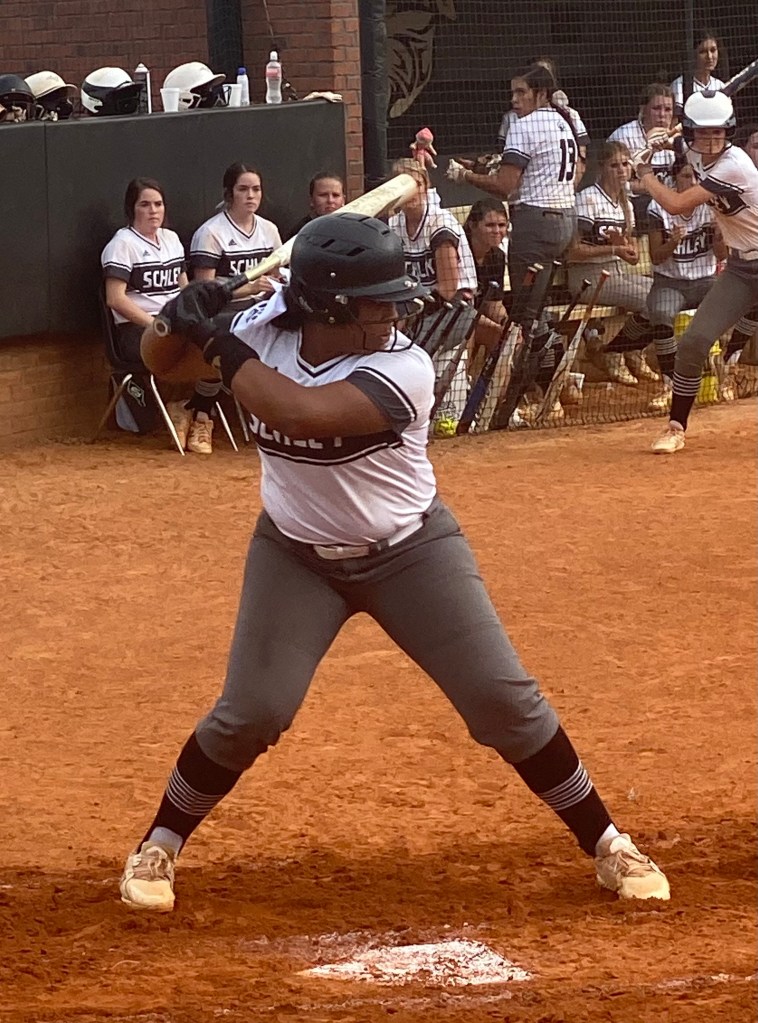 Schley County right fielder Kalli Bishop went 1 for 3 at the plate with a double in the Lady Wildcats’ 2-0 loss to Mount de Sales Academy. Bishop was one of only three Lady Wildcats to earn a hit in this game. ATR Archive

MACON – The Schley County Lady Wildcats Softball Team (SCHS) could only muster three hits off of Mount de Sales starting pitcher Eva Crader and were held scoreless the entire game. As a result, SCHS (3-3) suffered its second straight defeat with a 2-0 loss to the Lady Cavaliers on Tuesday, August 23 at Mount de Sales Academy (MDS).

Crader was almost unhittable in this contest, as she struck out 16 Lady Wildcats and walked only two while giving up just three hits.

In the top of the second inning with two outs, SCHS second baseman Emma Walker singled to left field, but Crader was able to strike out Lily Walker to end the threat.

In the top of the sixth inning, SCHS had another runner in scoring position when Kalli Bishop drilled a two-out double to left field, but Crader was able to strike out Abbie Cheek to end that threat from the Lady Wildcats.

In the top of the seventh, the Lady Wildcats got off to a good start when Wurtz led off with a single, but Crader was able to strike out Emma Walker and Landry Walker before getting Lizzie Barineau to line out to the shortstop to end the game.
Wurtz started in the circle for SCHS and had a strong pitching performance in her own right. She gave up two runs on five hits, walked one and struck out four MDS batters.

The Lady Wildcats (3-3) will try to end their two-game losing streak when they host Upson-Lee this afternoon at 5:30 p.m.