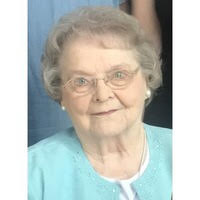 Born October 10, 1930 in Adrian, Georgia, she was the daughter of the late Coleman Harvey Glaze and the late Selma Cornelia Mulling Glaze. She was a graduate of Fort Valley High School. It was there in Fort Valley that she met and married the love of her life, her husband, the late William David Cochran, Sr. They were married for 28 years.

Mary Evelyn was a true Southern lady who was completely devoted to caring for her family and friends. She was a constant presence in the lives of her family which included her grandchildren and great-grandchildren, to whom she was a beloved “Nanny” and “G”. Her legacy will be the kindness, selflessness and compassion that touched the lives of so many. As a longtime member of Lee Street United Methodist Church, she enjoyed serving there in different capacities with one being the secretary of the church for several years. She was of strong Christian faith.