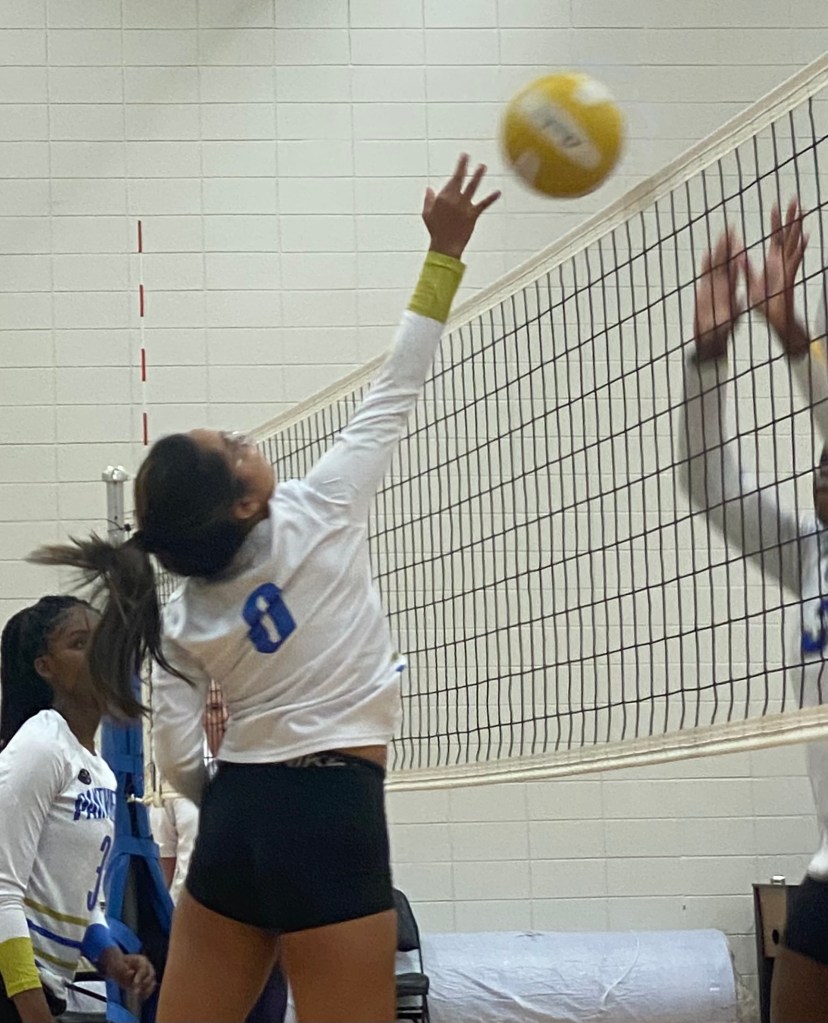 Sumter County senior outside hitter Vanessa Aguirre goes up for a kill against Crisp County. Photo by Ken Gustafson

“Our team is very young. I only have four returning players,” SCHS Head Coach Alonzo Lockett said. “Everybody else, it’s their first time ever playing volleyball, so my group is very young and inexperienced, but when we come together, because we practice very hard, we’re going to have a really special team. That’s why we were able to adapt and take control of those last two games.” 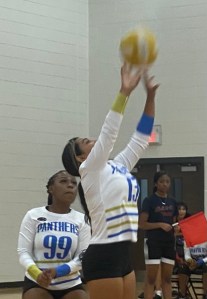 In the second match of the day, Crisp County defeated Mitchell County (MC) 2-0 in straight sets. This gave the Lady Panthers the opportunity to see what they would face when they took on the Lady Eagles of MC.

In the first set, the Lady Panthers jumped out to a big lead, but the Lady Eagles were able to fight their way back. However, Sumter County regrouped and was able to reel off several points and cruise to a 25-15 victory.