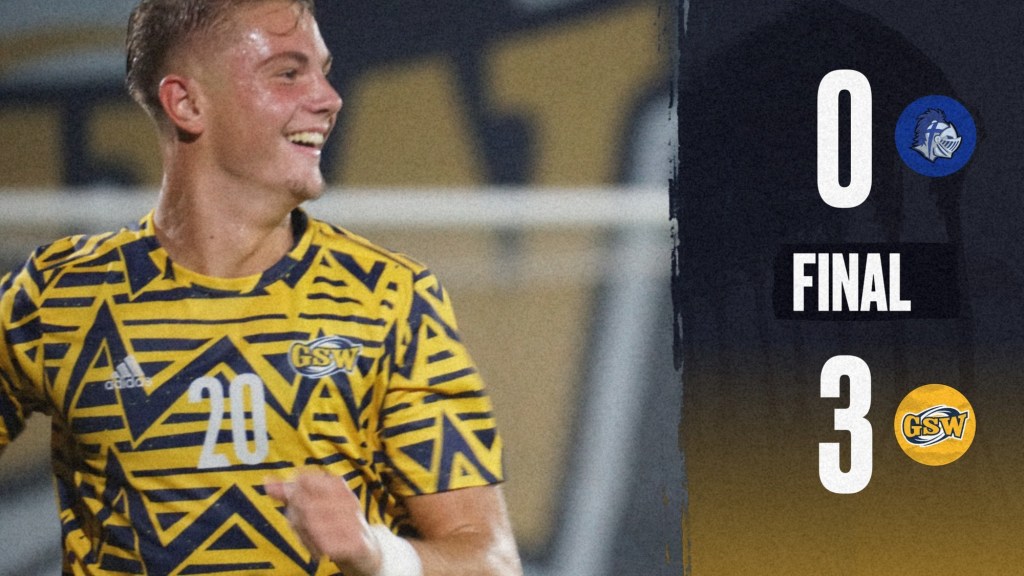 GSW Freshman Forward Lucas Bedleg scored a total of two goals and tallied an assist in the Hurricanes two victories over Southern Wesleyan and North Greenville to begin the 2022 season. Photo by GSW Athletics

AMERICUS – The Georgia Southwestern State University Men’s Soccer Team opened the 2022 season with a 3-0 victory over Southern Wesleyan University under the lights on Thursday evening, August 25 at Hurricane Field.

It was a fitting result on an evening that began with food, fun, and it concluded with a fireworks display after the match.

After a scoreless first half, the Hurricanes were able to break through in the 49th minute when Matteo Landais scored off an assist from Daniel Gardner Jr. Then in the 80th minute, GSW took a 2-0 lead when Lucas Bedleg scored off an assist from Damean Dominguez. Then two minutes later, SWU was whistled for a foul inside the 18-yard box and GSW was awarded a penalty kick. Daniel Gardiner Jr. stepped and converted the PK and the Hurricanes were able to secure their 3-0 victory.

Two days later on Saturday, August 27, GSW came through with a 3-2 victory over another college from South Carolina, North Greenville University, at Hurricane Field.

The Hurricanes opened up the scoring in the 13th minute when Bedleg scored his second goal of the season off an assist from Landais. In the 36th minute, NGU had a chance to equalize when the Hurricanes’ Eli Fenton was whistled for a foul in the 18-yard box, which resulted in a penalty kick for the Crusaders. NGU’s Carlos Navarro missed the PK, but the Crusaders were able to tie the match at 1-1 a minute later when Reda Ikarrain scored an unassisted goal. There was no further scoring in the first half and both teams went into halftime tied 1-1.

In the 70th minute of the match, the Hurricanes regained the lead when Alexander Lozano scored off an assist from Cole Davison. However, the Crusaders got their equalizer nine minutes later when Renan Macuglia scored an unassisted goal to tie the match at 2-2.

GSW would have the final say, however, as Landais netted his second goal of the season off an assist from Lucas Bedleg in the 89th minute to give the Hurricanes a 3-2 victory.

GSW (2-0, 0-0 PBC) will try to stay undefeated when the Hurricanes host Middle Georgia State at Hurricane Field on Wednesday, August 31 at 7 p.m.