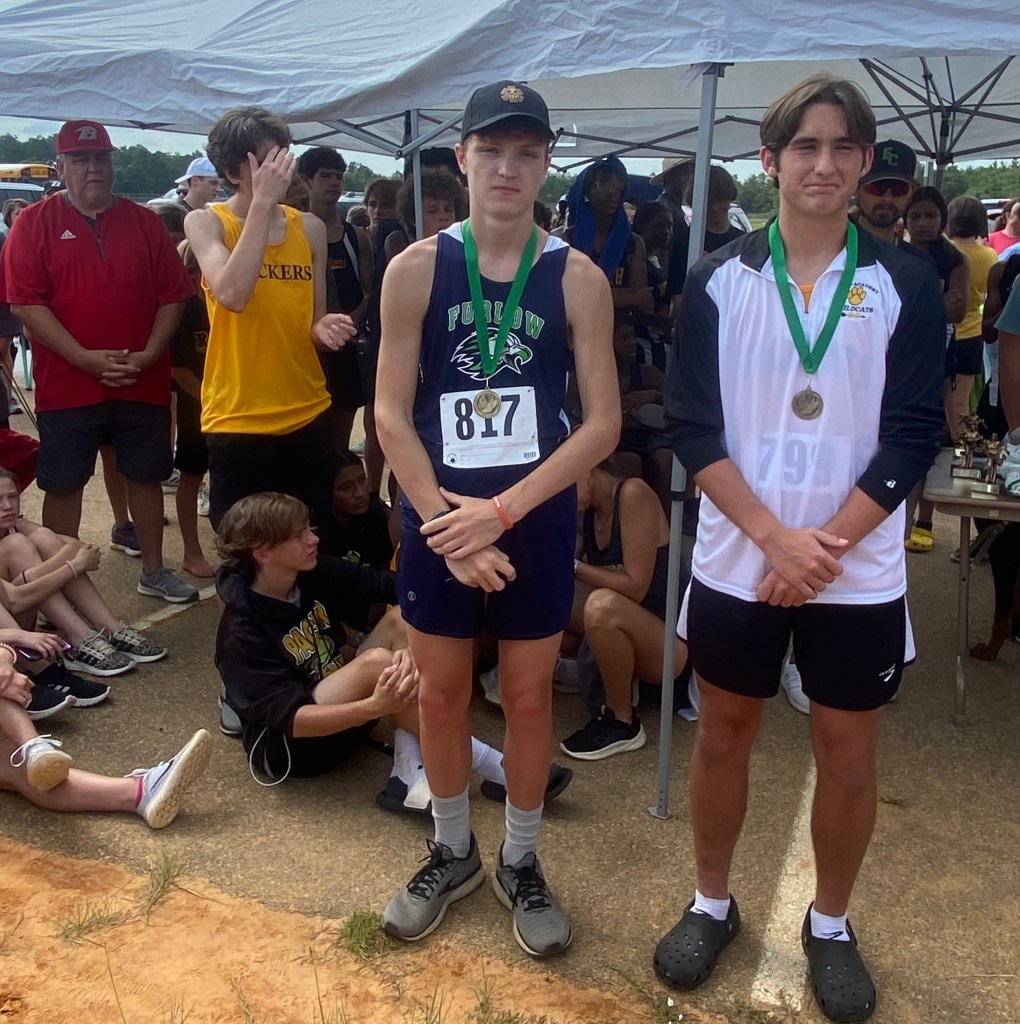 Furlow Charter’s Ian Biederman (#827) turned in a top 10 finish at the Furlow Fast Feet Invitational Meet this past Saturday, August 27. Biederman finished in 10th place out of 151 runners and crossed the finish line in a time of 12:01.85. Photo by Ken Gustafson

In girls’ action, Southland Academy’s Brianna Brown was the first of the local female runners to cross the finish line. Brown finished in 21st place out of 101 runners with a time of 16:07.38. Right behind her was Elizabeth Arizmendi of Furlow Charter, who finished 22nd with a time of 16:08.23. “It was really exciting, but tough,” Arizmendi said. As far as how she can improve as the season goes on, Arizmendi said that she plans to work harder so that she can attain a top 10 performance next time. Arizmendi’s teammate, Jacklyn Chen, finished in 26th place with a time of 16:49.32. India Williams of Worth County won the race in a time of 14:18.15.

The next Southland Lady Raider to cross the finish line was Reese Graft. Graft finished in 30th place out of 101 runners with a time of 17:23.30. 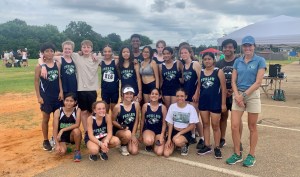 The Furlow Charter boys and girls cross country teams pose for a picture after competing in the Furlow Fast Feet Invitational.
Submitted Photo

Though Biederman was pleased with his performance in his first race of the season, he felt that there are things that he needs to improve on as the season goes on.

Furlow Charter’s Jordan Brown (#818) tries to pass a runner during the boys’ race of the Furlow Fast Feet Invitational. Brown finished the race in a time of 15:41.24.
Photo by Ken Gustafson

The next local runner to cross the finish line was William Kinney of Southland Academy. Kinney finished 34th out of 151 runners in a time of 13:14.29. Right behind Kinney in 35th place was Edwin Gonzalez of Furlow Charter, who finished 35th in a time of 13:16.27. Gonzalez’s teammate and brother, Ibis Gonzalez, finished in 41st place in a time of 13:30.32.

Marcus Bateman of Furlow Charter was the next local runner to finish, as he crossed the finish line in 50th place in a time of 13:45.26.

Schley County’s Hudson Barker finished 95th out of 151 runners with a time of 15:24.47.
Photo by Ken Gustafson

The first Schley County male athlete to cross the finish line was Declan Ekkel, who finished 80th out of 151 runners in a time of 14:49.08. “I felt pretty good about the course, but in and out, how I felt afterwards was like, I could have run harder because I really didn’t feel that bad,” Ekkel said. “I feel that I could have run harder, but I feel pretty good about it (the race) and I feel pretty confident about the next race.” This year at the Furlow Fast Feet Invitational, the final part of the course was a steep hill that the runners had to push up before getting to the finish line. 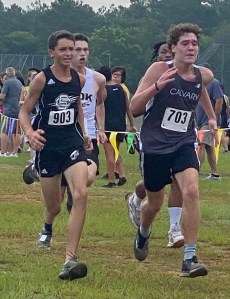 Schley County’s London Lee (#903) tries to pass a runner from Calvary Christian on his way to the finish line at the Furlow Fast Feet Invitational. Lee finished the race in a time of 16:05.75.
Photo by Ken Gustafson

Cook High School won the boys’ team championship, followed by runners up Calvary Christian and third place finishers Lee County. Furlow Charter finished in ninth plays in the boys’ meet and Schley County finished in 12th place. Being that Southland Academy did not have enough runners in either the girls or boys races, the Raiders and Lady Raiders did not place in the team standings.

Being that this was the first meet of the season, Furlow Charter Head Coach Brittany Skiles was extremely pleased with how both the Falcons and Lady Falcons competed. “I thought everybody did great. They’re right where they need to be,” Skiles said. “It’s a good start to the season. They ran hard. They left it all on the course. They gave 100 percent, so I’m excited for what the future holds for Furlow Charter.”