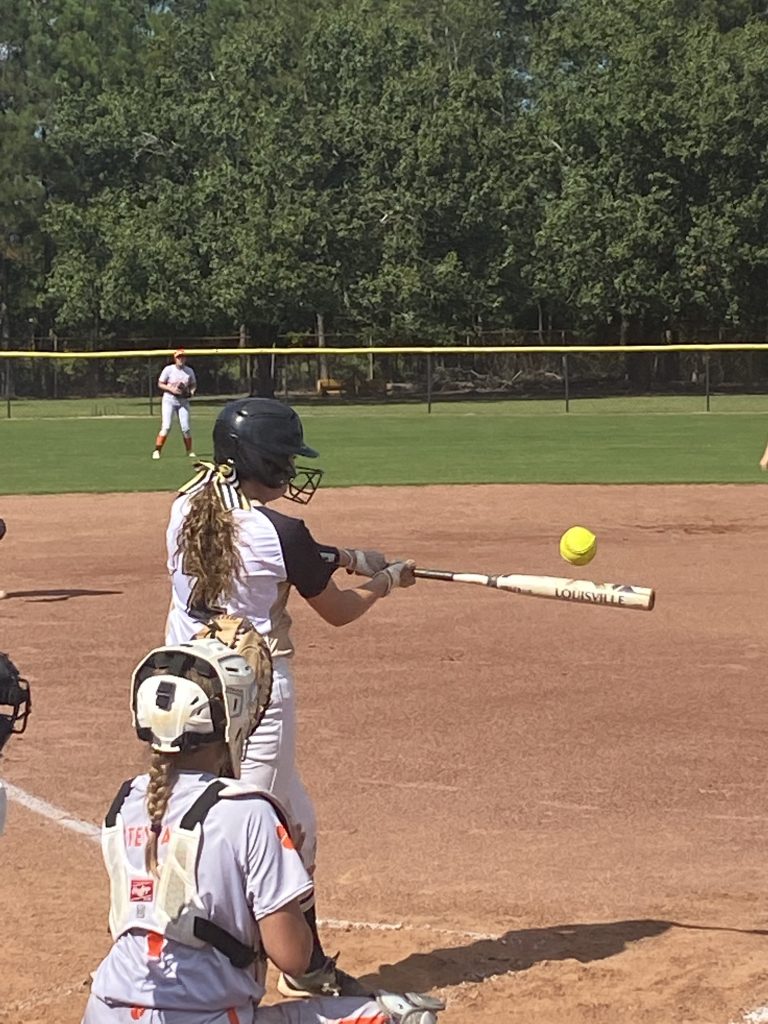 Southland Academy centerfielder Adler Rae Owens went 2 for 3 at the plate with an RBI in the Lady Raiders’ 3-2 loss to Westwood. Photo by Ken Gustafson

AMERICUS – The Southland Academy Lady Raiders Softball Team (SAR) very nearly pulled off a come-from-behind victory against the Westwood Lady Wildcats (WWS) on Tuesday, August 30 at the Southland Academy Softball Complex. In the bottom of the seventh inning, SAR trailed WWS 3-1, but the Lady Raiders were able to load the bases with nobody out thanks to three consecutive bunt singles from Adler Rae Owens, Chelsea Woody and Alyssa Godwin. However, though SAR was able to score a run on a wild pitch with two outs, Morgan Weaver flew out to left field to end the game and SAR fell to the Lady Wildcats 3-2.

“That was kind of the story the whole day. We just couldn’t get a big time hit. The pitcher kept us off balance and we had a tough time at the plate today,” SAR Head Coach Blaze Hargrove said. “Overall, it’s a game of inches. Morgan hit it hard right there to end it. The left fielder made a great play. If that falls, we’re talking about winning 4-3 instead of losing 3-2, so it’s a game of inches, but I’m super proud of the way they fought. They played hard. Other than giving away a few at bats, everything that we’ve been working on, they’ve executed perfectly and I’m just super proud of them. We’re going to come back to work again tomorrow and hopefully, there will be better results on Thursday,” Hargrove continued.”

Both Owens and Maddie Godwin went 2 for 3 at the plate to lead the Lady Raiders’ offense. Owens had two singles and an RBI and Godwin scored a run. 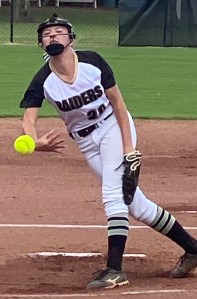 Ila Johnson got the start in the circle for SAR and went the whole way. She gave up three runs on six hits, walked two and struck out three.

The Lady Wildcats took a 2-0 lead in the top of the first. Sarah Sheffield drove in the first run on a fielder’s choice and Robby Vann reached on an error that allowed Emi Childress to score from third. WWS added another run in the top of the third inning when Childress scored on a wild pitch. 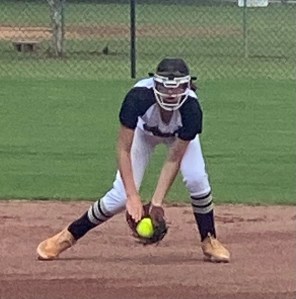 Southland Academy second baseman Chelsea Woody fields a ground ball. Woody went 1 for 2 at the plate with a run scored against Westwood.
Photo by Ken Gustafson

The Lady Raiders were finally able to get a run on the board in the bottom of the fourth. With two outs and the bases empty, Maddie Godwin singled to left field and Eva Grace Studdard belted a double into centerfield, putting runners on second and third with two outs. Owens then came through with an RBI single and though Studdard was thrown out at third for the third out of the inning, SAR was on the board and only trailed 3-1.

The Lady Wildcats threatened to add to their lead in the top of the fifth when Childress and Emma Shivers both singled with nobody out. However, Johnson was able to retire in order the next three batters she faced to neutralize the threat. 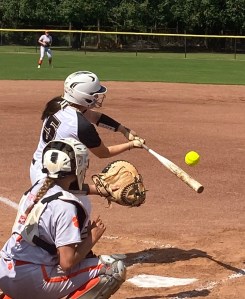 Johnson was able to keep the Lady Wildcats’ offense at bay for the next two innings to pave the way for SAR’s attempt at a come-from-behind victory, but it fell short and the Lady Raiders went on to lose 3-2.

Emi Childress led the Lady Wildcats’ offense by going 3 for 4 at the plate with two runs scored and Robby Vann went the entire way as the WWS starting pitcher. Vann gave up two runs on nine hits in seven innings of work.

With the loss, the Lady Raiders fall to 1-4 on the season, while WWS improves to 3-3.

SAR will try to bounce back with a win when they travel over to Dawson to take on the Lady Eagles of Terrell Academy on Thursday, September 1. First pitch is scheduled for 4 p.m.