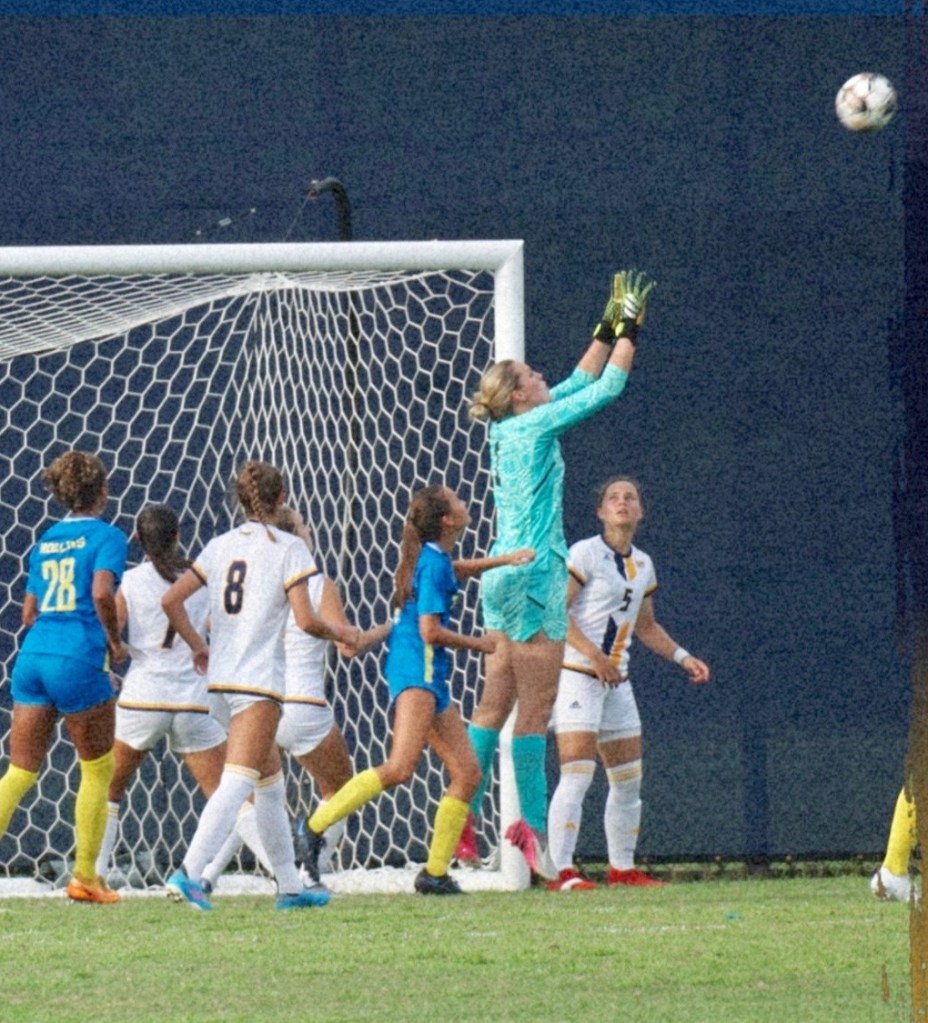 AMERICUS – Having suffered their first defeat of the season in a 3-0 loss to Alabama-Huntsville, the Georgia Southwestern Lady Hurricanes Soccer Team (GSW) came into Wednesday night’s home match against 18th-ranked Rollins College (RC) with the hopes of scoring an upset and getting themselves back into the win column. Though they weren’t able to earn a victory, the Lady Hurricanes were able to play the Lady Tars to a 0-0 draw at Hurricane Field on Wednesday, September 7.

GSW Goalkeeper Grace O’Shaughnessy tallied five saves on the night for the Lady Hurricanes, while RC Goalkeeper Elena Beasley had a total of two saves.

The Lady Hurricanes (3-1-1) will try to get back into the win column when they open Peach Belt Conference play at the University of North Georgia on Saturday, September 10 at 5:30 p.m.