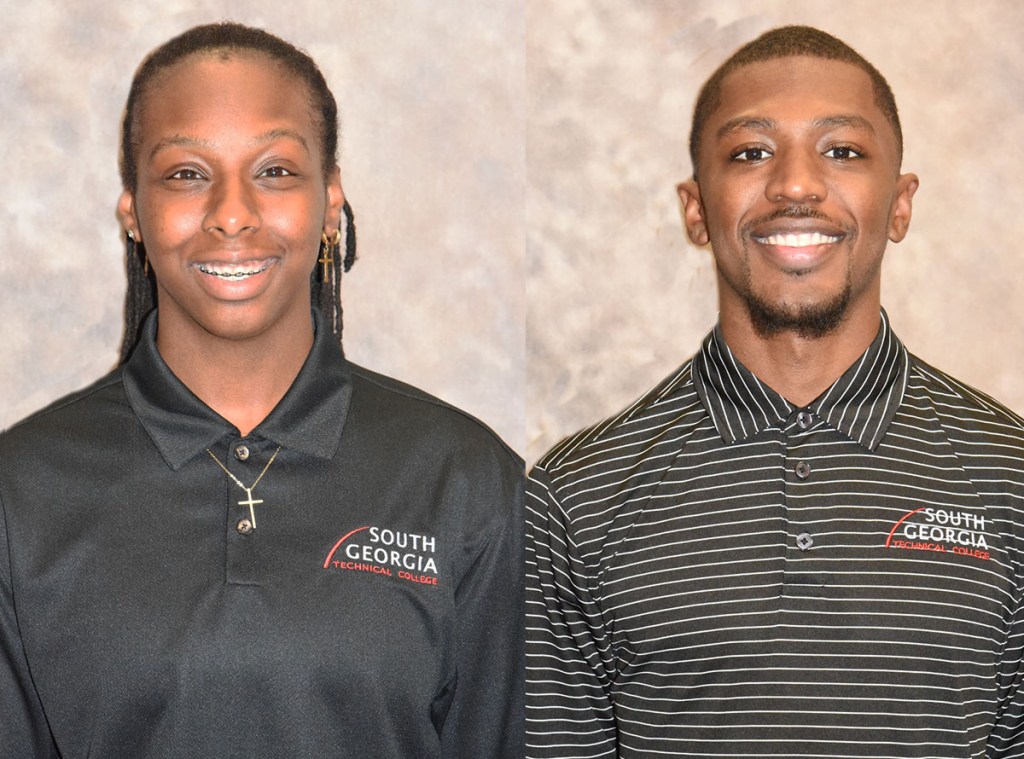 “We are very fortunate to have these two talented individuals associated with our college and our basketball program,” said South Georgia Technical College President John Watford.  “Both Olivia Melvin and Karim Mawuenyega know junior college basketball and have been around the sport for a number of years.  I think the experience and knowledge that they bring to the college and to the court will be a definite asset.”

Melvin is one of the most decorated players as a point guard in Coastal Georgia’s women’s basketball history.  A two-time All American, Melvin holds multiple career, season, and single-game records for the Lady Mariners.  She was the program’s all-time leading scorer with 1,431 career points, which is nearly 400 more than the program’s second-leading scorer.   Melvin was part of Coastal Georgia’s first four NAIA programs from 2011 – 2012 to 2014 – 2015.   The team advanced to the NAIA National Tournament in their first eligible year and earned three straight Southern Athletic Conference Tournament berths.

She earned her associate’s degree in mathematics in May 2015 and completed her bachelor’s degree in interdisciplinary studies with a concentration in mathematics in May 2022.  After completing her playing career at Coastal, Melvin worked as a student assistant women’s basketball coach.  She was hired as the assistant women’s basketball coach for the program in August 2018.

As the Assistant coach for the women’s intercollege basketball team, Melvin will report to Athletic Director and Lady Jets head coach James Frey.  She will be responsible for assisting with the coaching, recruiting, scheduling opponents, and training while adhering to the national, state, and local sport guidelines.  She will also have administrative duties and represent SGTC in a professional manner.

He was later named as the Interim Head Coach at Brewton Parker.  He is a former college athlete.  He played at the University of South Carolina Upstate from 2013- 2015.  After an injury, he transferred to South Georgia State College for the 2015 – 2016 season and received an associate degree in Early Childhood Education and an athletic scholarship to the University of Arkansas Monticello where he played and earned a Bachelor’s Degree in Physical Education.  He also traveled to Salamanca, Spain where he played professional basketball in the European Basketball Association as a point guard prior to accepting the job at Brewton-Parker.

At South Georgia Technical College, he will be responsible for assisting in coaching the men’s intercollegiate basketball team at SGTC and performing approximately 50% other college duties as determined by qualifications.  He will report to Jets Men’s Basketball Coach Chris Ballauer and Athletic Director and Lady Jets head coach James Frey.

“I am very excited about the additions to the coaching staff at South Georgia Technical College,” said Athletic Director and Head Jets basketball coach James Frey.  “Both of these are outstanding individuals, players, and coaches and will be an asset in developing our young athletes and encouraging community involvement.”

Both the Jets and the Lady Jets qualified for the National Junior College Athletic Association (NJCAA) national tournament in 2021 – 2022 season.  Under first year head coach Chris Ballauer, the Jets won the GCAA Conference Tournament by upsetting Georgia Highlands 78 – 70 in overtime to earn the right to advance to the NJCAA National Tournament in Hutchinson, KS for the third time in the history of the program.  The Jets lost to the South Plains Texans of Texas in the first round of the tournament.  They finished the season with a 22 – 12 record and were ranked 19th in the nation.

The Lady Jets failed to clinch the GCAA regular season title or the GCAA Conference Tournament championship but were still able to advance to the NJCAA Women’s National Tournament in Lubbock, Texas with an at-large bid.  The Lady Jets were ranked as high as 5th in the nation and were able to receive the at-large bid with a 9th place national ranking.  This was their sixth consecutive trip to the national tournament and 9th overall for the program and eighth for Coach Frey. The Lady Jets finished the season with a 27 – 7 record.