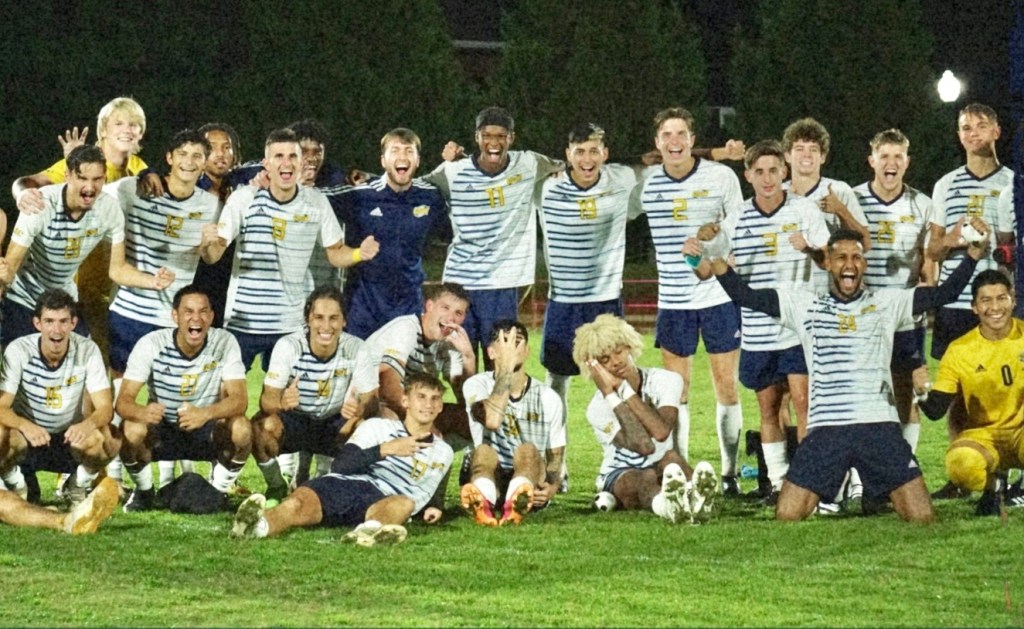 The GSW Men’s soccer Team posted the program’s largest margin of victory in Peach Belt Conference play when the Hurricanes defeated the University of South Carolina-Aiken 5-1 at Hurricane Field on Saturday, September 10. Photo by GSW Athletics

AMERICUS – The Georgia Southwestern State University Men’s Soccer Team (GSW) posted the largest margin of victory over a Peach Belt Conference opponent in program history when the Hurricanes defeated the University of South Carolina-Aiken by the score of 5-1 on Saturday, September 10 at Hurricane Field.

In the 78th minute of the match, Landais scored his second goal of the match off an assist from Chris Salamatou, but the Pacers got on the board with four minutes left to play in the match as a result of a goal by Jaymee Kambel.

However, this match belonged to the Hurricanes. With three minutes left to play, Ian Rodriguez put the icing on the cake with a goal off an assist from Alexander Lozano.

The Hurricanes had a total of nine shots on goal in the match and they were able to play both of their goalkeepers. Juan Ramirez, who started the match, tallied four saves on the day and backup GK Mauricio Uribe did not have any shots sent his way.

As for the Pacers, they had five shots on goal during the match and Goalkeeper Tyler Hughes had four saves.

The Hurricanes (4-2, 1-1 PBC) will travel up to Morrow, GA on Wednesday, September 14 to face the Clayton State Lakers in another PBC contest. Kickoff is scheduled for 7 p.m.