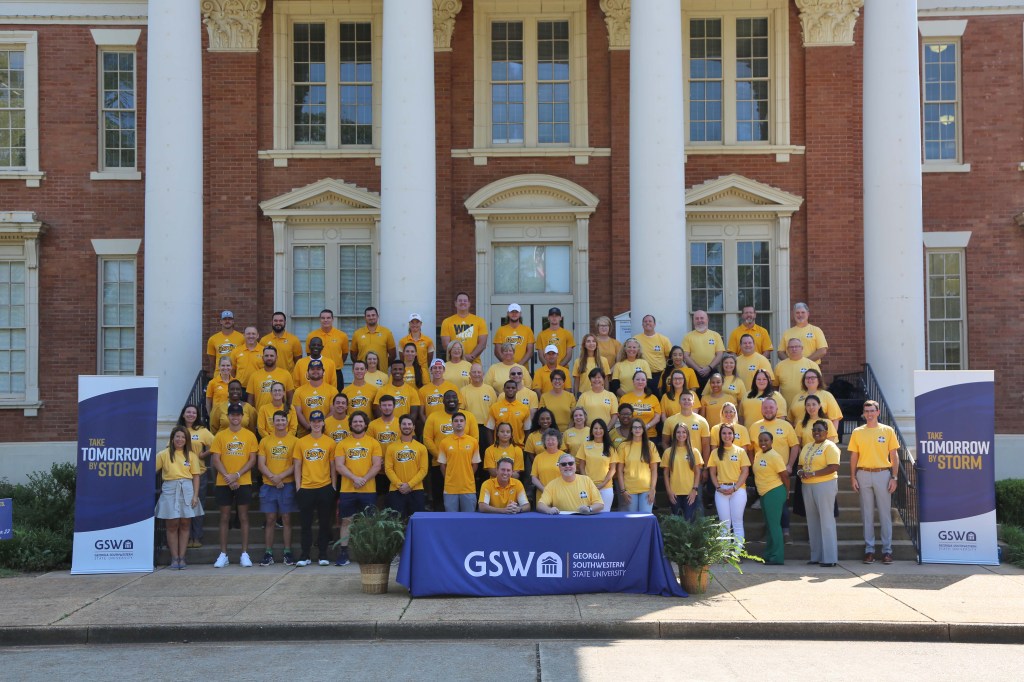 GSW faculty, staff, and students turned out on Gold Force Thursday to witness Mayor Kinnamon sign the proclamation for the upcoming Day of Giving alongside GSW President Neal Weaver, Ph.D. Kinnamon also presented his own personal contribution and expressed his gratitude for GSW and the education it has provided his family for multiple generations.

GSW’s Day of Giving is an annual 24-hour giving challenge to raise funds and support for the University. This year, the goals are to raise at least $100,000 for student scholarships and receive a gift from all 50 states ultimately “turning the map gold.”

All financial contributions will further enhance GSW scholarships ensuring our hardworking students can achieve their goals without years of debt.

On Thursday, September 22, Hurricanes around the country and world—alumni, community members, parents, friends, neighbors, faculty, staff and students—will join together to support GSW. Gifts are encouraged to the following four student scholarship funds:

Donations can be made on September 22 using GSW’s new online fundraising platform, Give Campus, at www.gsw.edu/DayOfGiving. Gifts can also be dropped off at the Newman Alumni House on campus, or mailed ahead of time to the GSW Foundation. Checks should be made out to the GSW Foundation and mailed to P.O. Box 926, Americus, GA 31709.

Visit www.gsw.edu/dayofgiving or follow along on the Facebook event to learn more about the funds supported and the participating restaurant times on GSW’s Day of Giving.