Raiders fall to Warriors in Damascus 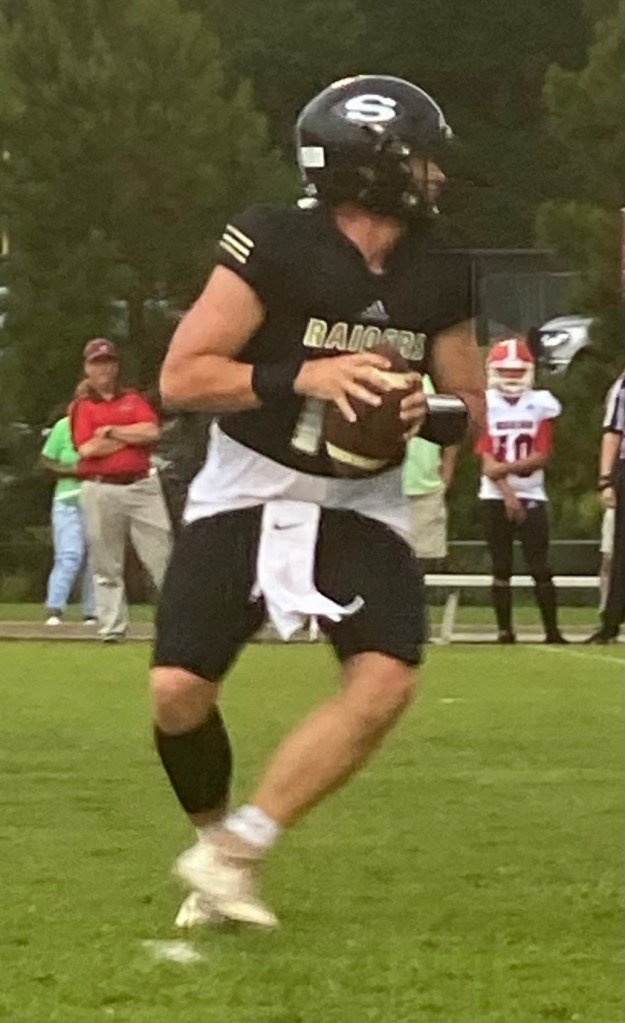 DAMASCUS, GA – Having won a hard-fought victory over Gatewood in Eatonton the week before, the Southland Academy Football Team (SAR) made the 70-mile trip down to Damascus, GA near the Alabama border with hopes of toppling the Warriors of Southwest Georgia Academy (SGA) and continuing its winning streak. However, the Raiders struggled offensively and hurt themselves with penalties. As a result, they left Damascus with a 21-7 loss to SGA on Friday, September 16.

With 7:53 to go in the first quarter, the Warriors got on the scoreboard when running back Owen Enfinger scored a rushing touchdown from three yards out. The extra point was good and the Raiders trailed 7-0.

Then with 58 seconds left n the first quarter, the Warriors doubled their lead when quarterback Parker Broome threw a 49-yard touchdown pass to Grayson Cox. The extra point was good and the Raiders found themselves trailing SGA 14-0.

However, SAR had an answer with 1:05 remaining before halftime. Quarterback Chase Ledger orchestrated a nine-play, 73-yard drive that resulted in an eight-yard rushing touchdown by Cedric Smith. The extra point by Henry Johnson was good and the Raiders were back in the game, trailing 14-7 at the half.

However, the Raiders struggled offensively throughout the second half and with 5:30 to go in the game, the Warriors administered the final blow by mounting a drive that resulted in a two-yard rushing touchdown by Sawyer Franklin. The extra point was good and SGA would go on to defat the Raiders 21-7.

With the loss, SAR falls to 3-2 on the season. The Raiders will be off this coming Friday, but will try to bounce back from this setback when they travel over to Dawson, GA on Friday, September 30 to take on the Eagles of Terrell Academy. Kickoff is scheduled for 7:30 p.m.