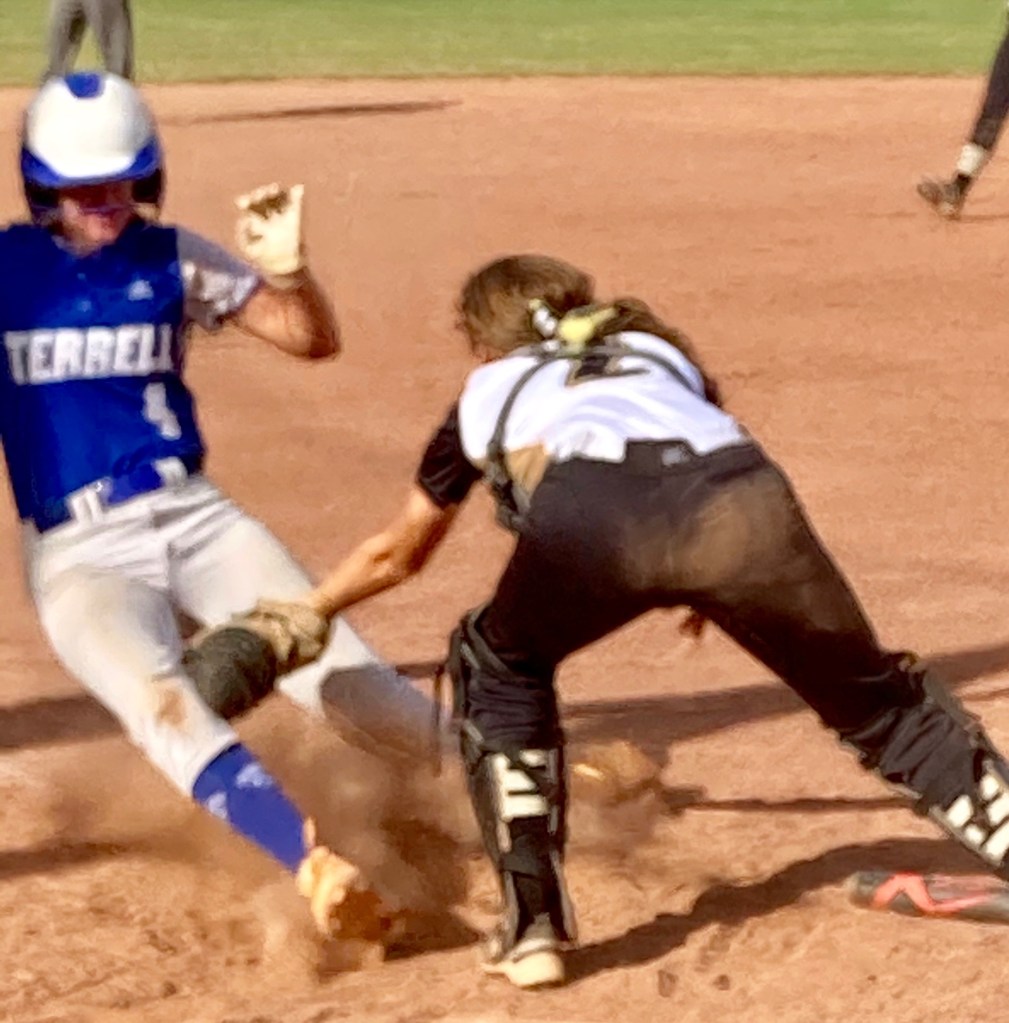 AMERICUS – Going into the bottom of the fifth inning of their game with Terrell Academy (TA), the Southland Academy Raiders Softball Team (SAR) trailed the Eagles 5-4, but thanks to five runs scored by the Raiders on three hits, three walks and an error, SAR was able to change the direction of the game and went on to defeat TA 12-5 on Tuesday, September 27 at the Southland Academy Softball Complex.

This game was the second of a home-and-home series between the two teams. In the first game at TA in Dawson on Monday, the Raiders drilled the Eagles 12-1.

Two of the Raiders’ three hits in the bottom of the fifth came from the bats of Eva Grace Studdard and Gracie Wilson. Studdard tied the game at 5-5 on an RBI single and Wilson drove in Adler Rae Owens on an RBI single to give SAR a 6-5 lead.

These were timely hits that helped change the outcome of the game as the Raiders scored three more runs in the fifth and three more in the sixth to secure their 12-5 win.

“Over the last few days, they (SAR) have played really hard. The defense is really improving throughout,” SAR Head Coach Blaze Hargrove said. “Our pitchers are doing a great job throwing strikes and our defense is starting to back them up more and more. We have been putting together some more timely hits. Everybody is still buying in. We’re getting better each day and I couldn’t be more proud of them. Hopefully, we can continue to do that for the rest of the season.” 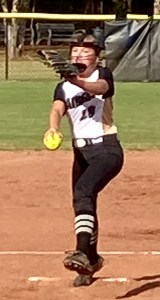 Southland Academy pitcher Ila Johnson gave up five runs on nine hits, walked one and struck out one in the Raiders’ 12-5 win over Terrell Academy.
Photo by Ken Gustafson

The Eagles took a 1-0 lead in the top of the first on an RBI single by Emma Lane, but in the bottom of the second, the Raiders tied the game when Lauren Duke drove in Maddie Godwin on an RBI single.

SAR took a 4-2 lead in the bottom of the fourth when Adler Rae Owens scored on an error and Morgan Weaver drove in Duke on a sacrifice fly. 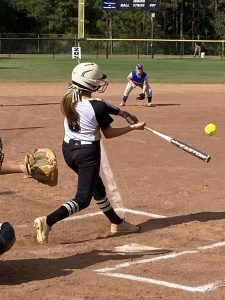 However, the Eagles fought back in the top of the fifth. With the bases loaded an nobody out, Tayler Bennett drove in two runs on an RBI single to tie the game and Taylor Powell gave the Eagles a 5-4 lead on a sacrifice fly.

The Raiders, however, would change the outcome of the game for good in the bottom of the fifth. Both Landry Hart and Maddie Godwin drew walks to start the frame and Owens would later single to center field to load the bases with one out.

Both Studdard and Wilson then drove in runs on RBI singles and Weaver followed that up with an RBI walk to give the Raiders a 7-5 lead. The Raiders finished off their five-run fifth inning barrage when Ila Johnson reached on an error that allowed two more runs to score.

SAR held the Eagles in the top of the sixth and then finished off the game with three more runs in the bottom half of the inning. With two outs, Duke drew a walk and Studdard reached on an error that allowed a run to score. After Wilson drew another walk to load the bases, Morgan Weaver reached on an error that allowed two more runs to score, giving the Raiders a 12-5 lead.

The Eagles were able to get two runners on base in the top of the seventh inning, but with two outs, SAR Relief Pitcher Chelsea Woody got Taylor Powell to ground out to third to end the game. 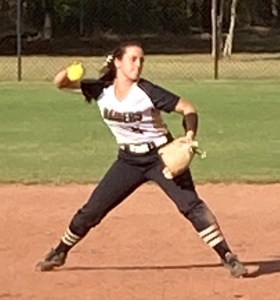 Ila Johnson started the game in the circle for the Raiders. In five innings of work, she gave up five runs on nine hits, walked one batter and struck out one. Chelsea Woody came on in relief of Johnson and pitched two scoreless innings with one strikeout.

SAR is now 6-10 overall and 6-3 in GIAA Region 3-AAA competition. The Raiders are currently on a two-game winning streak and have won four out of their last five games. They will try to continue their winning ways when they host Tiftarea Academy (10-4) in an important region game on Thursday afternoon, September 29 at 4 p.m.