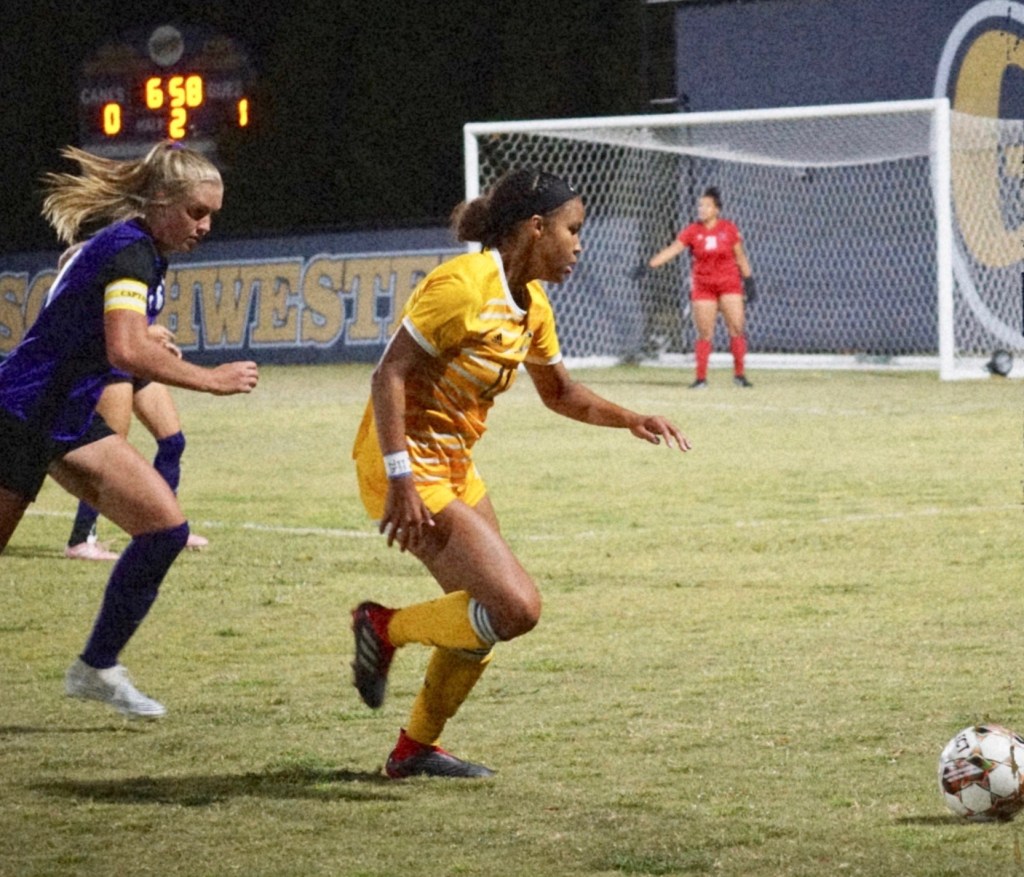 MORROW, GA – The Georgia Southwestern Women’s Soccer Team (GSW) traveled up to the South Metro Atlanta area on Wednesday, October 12 with a desperate urge to end its four game losing streak by scoring a victory at Clayton State. However, CSU scored two goals in the second half and the Lady Hurricanes were not able to answer. As a result, they suffered their fifth straight loss in a 2-0 defeat at the hands of the Lady Lakers.

The Lady Hurricanes took several shots in the first half, but were unable to find the back of the net and the score remained 0-0 at halftime.

Then in the 49th minute of play, CSU took a 1-0 lead on a goal by Reia Henry that was assisted by Daniela Gularte. The Lady Lakers got their insurance goal in the 74th minute when Nyeemah Lucky scored off an assist by Frederikke Troldborg.

The Lady Hurricanes will try to finish their season on a positive note when they host USC-Aiken on Senior Day on Saturday, October 22. Kickoff is scheduled for 7 p.m.