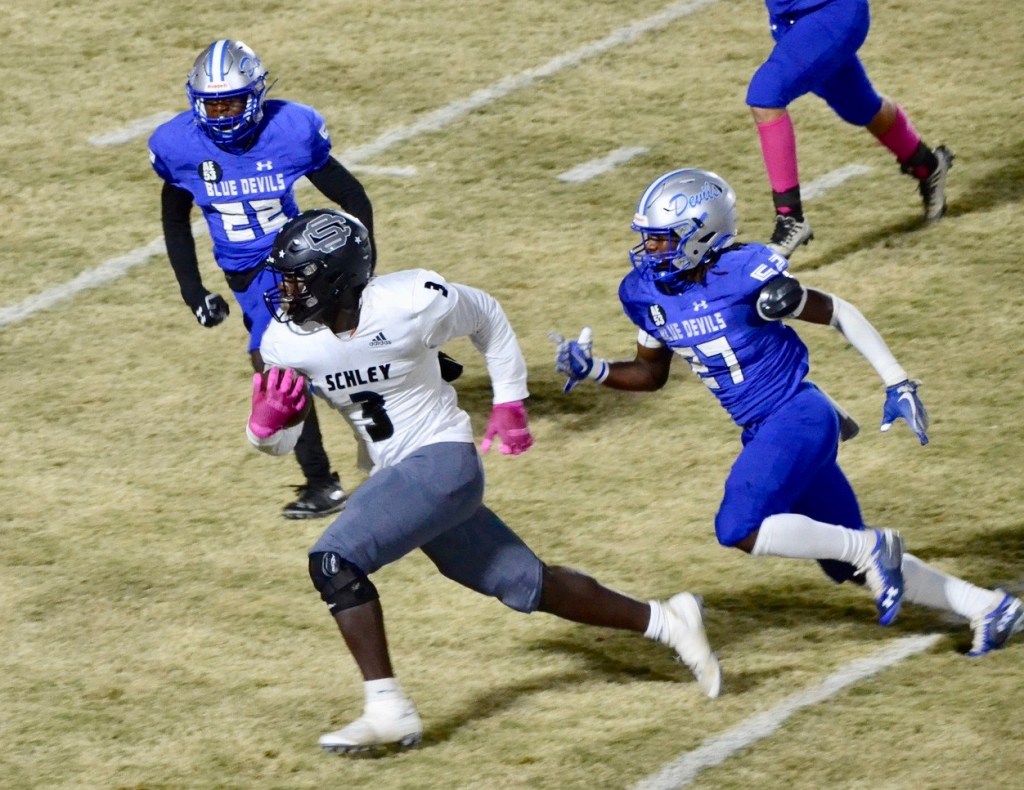 MANCHESTER, GA – Thanks to their dominating performance against Manchester, the Schley County Wildcats, who are currently ranked #6 in the state in the GHSA Class A-Public division, defeated the Blue Devils 28-6 on Friday, October 21 at Manchester High School. But more importantly, the Wildcats (6-2, 4-0) are one more victory away from doing something that has never been done before since Schley County began playing football 22 years ago: winning a region championship.

SCHS Quarterback Jay Kanazawa once again turned in an outstanding performance, completing 17 of 24 passes for 260 yards and one touchdown pass. However, while the offense did its job, the Wildcat defense deserves much of the credit as it neutralized the MHS offense and forced two turnovers.

After a scoreless first quarter between both teams, the Wildcats opened the scoring with 5:56 to go before halftime when running back Zayden Walker scored from two yards out. The extra point by Miguel Yanez-Rueda was good and the Wildcats had a 7-0 lead at halftime.

Then with a little over 10 minutes left in the third quarter, SCHS struck again when Kanazawa threw an eight-yard touchdown pass to Kendell Sims. The extra point by Yanez-Rueda was good and the Wildcats led 14-0. 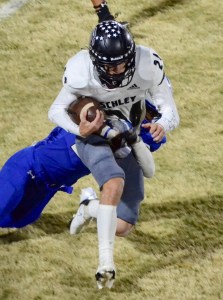 The SCHS defense continued to neutralize the Blue Devils’ offense and got the ball back for the offense. They were able to mount another scoring drive that was capped with Walker’s second rushing touchdown of the night, this one from two yards out. The extra point by Yanez-Rueda was good and the Wildcats had a commanding 21-0 lead with 4:51 to go in the third quarter.

The Blue Devils were able to get their goose egg off the scoreboard when Qua Bruntston threw a 13-yard touchdown pass to Vonte Weaver with 6:57 left in the game, but the Wildcats were able to put the icing on the cake shortly thereafter when running back Malachi Banks scored from four yards out. Yanez-Rueda’s extra point was good and SCHS went on to win 28-6. 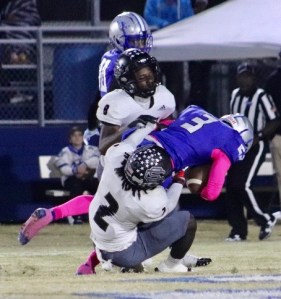 In addition to keeping the MHS offense at bay most of the night, the SCHS defense forced two turnovers when Carson Westbrook recovered a fumble on a kickoff and JaLewis Solomon got an interception. Both Walker and Ethan Sellers each had a sack on the night and Demarkis Clark led the Wildcats with a total of 15 tackles.

SCHS is now one win away from clinching its first ever region championship in football. The Wildcats will host Marion County this Friday, October 28 at 7:30 p.m. and will then host Greenville on Friday, November 3 at 7:30 p.m. to close out the regular season. Should they win one of these two games, the Wildcats will have reached their long-awaited goal of a region championship.