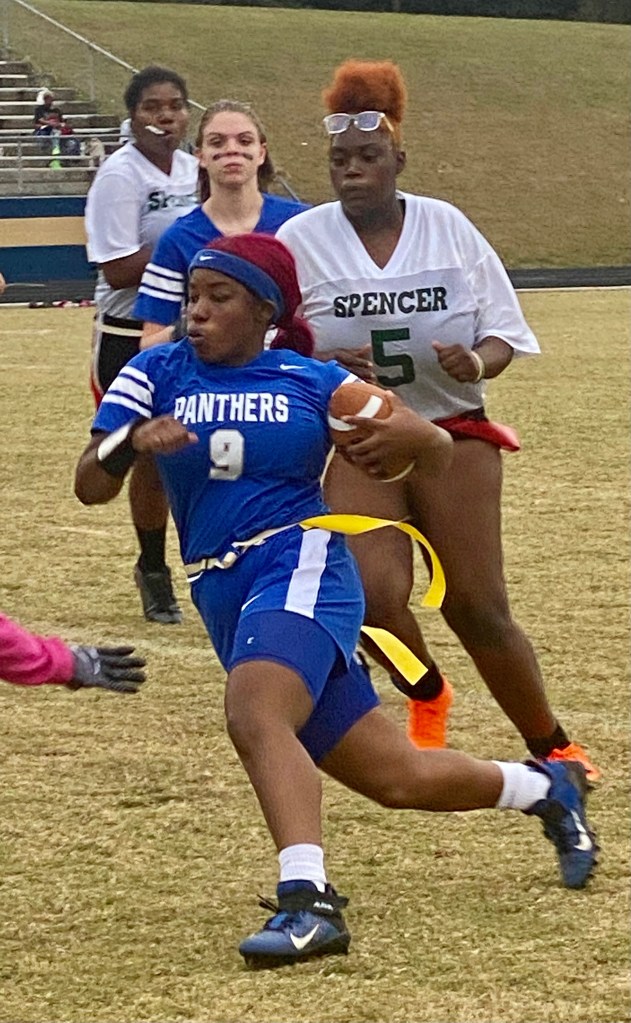 AMERICUS – The Sumter County Lady Panthers Flag Football Team won both games of their tri-match when they defeated Spencer 8-6 and then defeated Kendrick 13-7 in overtime Tuesday night, October 25 at Alton Shell Stadium.

In their first game against the Spencer Green Wave, the Panthers scored their only touchdown when Taylor Rush ran the ball down the sidelines for a touchdown. Quarterback Haley Moore than threw a short pass to Georgia Wooden, who caught the ball in the end zone for the two-point conversion, giving the Panthers an 8-0 lead.

Spencer got on the board when Laila Henderson broke past the SCHS defense and scored a rushing touchdown, but their two-point try failed and the Lady Panthers went on to win by the score of 8-6. 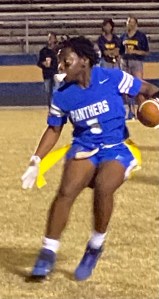 After Spencer defeated Kendrick 12-6 in overtime in the second game of the night, the Lady Panthers would face the Kendrick Lady Cherokees for the chance to take both games of the tri-match. The Lady Cherokees took a 7-0 lead early with a touchdown and the extra point, but SCHS came back when Taylor Rush ran the ball 20 yards for a touchdown. Moore then threw a pass to Janiyah Edwards to tie the game at 7-7.

The outcome could not be decided in regulation and it went into overtime, but in the overtime session, Rush was able to score to give the Lady Panthers a 13-7 victory.