SCPRD Named Agency of the Year 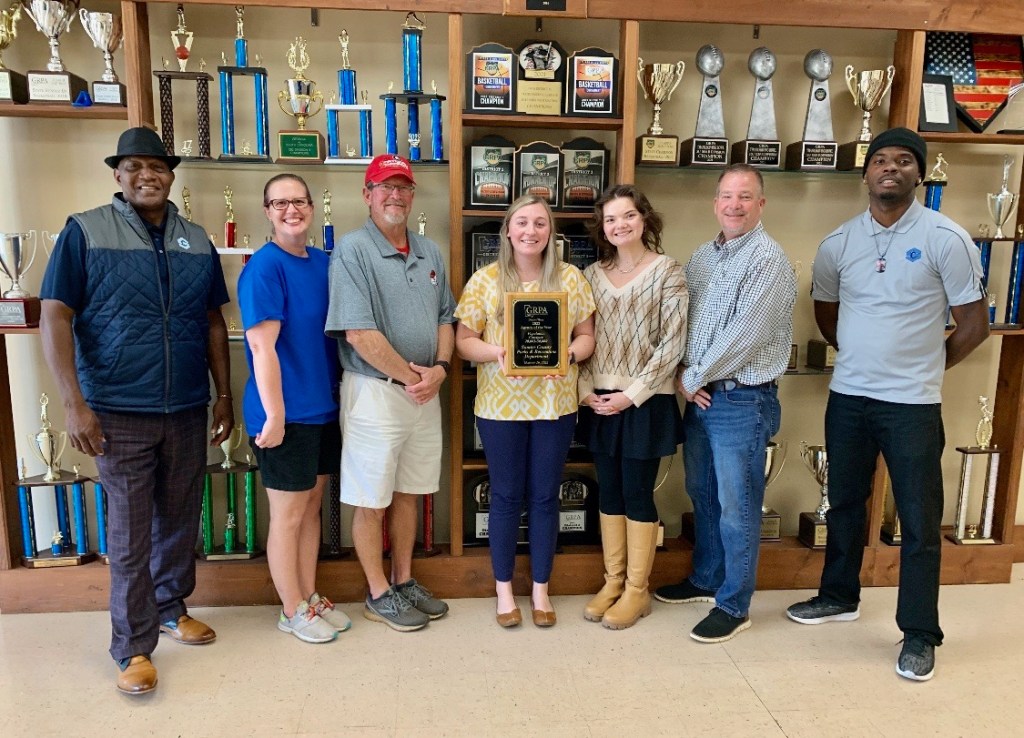 COLUMBUS – The Georgia Recreation and Park Association (GRPA) District 3 Banquet was held on Wednesday, October 26 at the Comer Recreation Center in Columbus, GA. At that banquet, the Sumter County Parks and Recreation Department (SCPRD) was named the 2022 Agency of the Year. This was the second time in the past four years that the agency has received this prestigious award.

There are 28 Parks and recreation agencies that make up the GRPA’s Third District, representing cities and counties throughout Southwest Georgia.

The SCPRD was touted for its innovation and efforts during the COVID-19 Pandemic as being a leader in the industry. It found ways to continue with many of its programs in a safe environment and it was able to communicate the requirements with the citizens of Sumter County. The department can also boast of state championship teams in youth football, basketball and baseball over the past two years.

Sumter County has long been a leader in youth sports in the Southwest Georgia region. In addition to excellent programs, they have also utilized SPLOST funding to improve existing facilities and develop new ones. In the past two years, the SCPRD has constructed a three tunnel lighted, covered batting cage at its regional park. The department has also constructed a third football/soccer field at the Miller Rush Football/Soccer Complex and has installed a new roof, new LED lighting and upgraded the electrical systems at the Sumter County Fairgrounds.

The SCPRD has also installed new electronic basketball goals at the Columns at Boone Park Community Center and currently has funding for several upcoming SPLOST-funded projects that will include the demolition of an old swimming pool and the construction of a new pool at the Willie Lee “Boone” Walton Park, along with a paved walking track that will encircle all three of the football/soccer fields, as well as a lighted, covered amphitheater stage and significant upgrades to all five County playgrounds.

Another area of expertise in this agency is its publicly funded gymnastics program. The SCPRD has 14,000 square feet of gymnastics space complete with a large foam pit for training gymnast. The SCPRD also hosts nearly 100 birthday parties throughout the year. The revenues generated from the gymnastics program cover the costs of personnel in the gymnastics center. There are an average of 120 gymnasts in the program, which operates year around at the Columns at Boone Park Community Center.

Melissa Singley is the full-time Gymnastics Coordinator. Kaitlyn Goodin serves as the Administrative Assistant and Gracie Davis as the front desk clerk. “We have a really good team of recreation professionals” Estes said. “When you have a supportive Board of Commissioners and County Administrator like we do in Sumter County and you couple that with excellent full-time, part-time and seasonal employees, along with really good volunteer coaches, it results in success.” Steve Card, Executive Director of the Georgia Recreation and Park Association, had high praise for Sumter County as well. ‘Tim and his team in Sumter County are among some of the best in our industry” Card said. “They are very involved in our state association and maintain National Certifications. They are regular attenders at our professional

development conference. Mr. Jeff Fussell has just completed a term as the State Athletic Chairman. Tim Estes has served in that role in previous years and is now a member of our Executive Committee as the Vice President. He will be sworn in as the GRPA President in November of 2024. This department is deserving of this prestigious award,” Card continued.