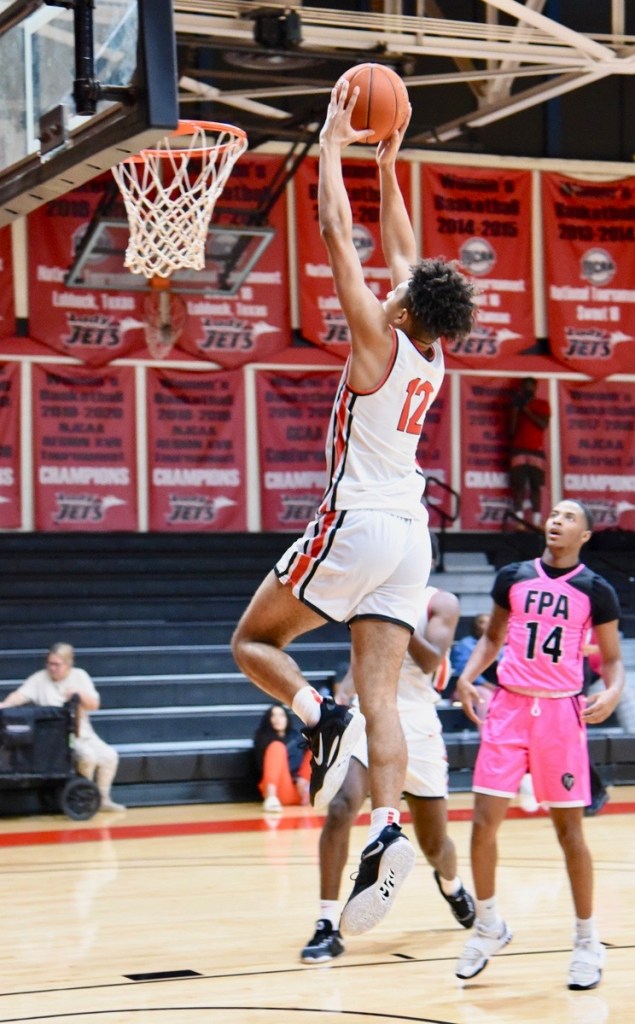 Freshman guard Deonte Williams, 12, scored 27 points for the Jets against Franklin Prep. He was 10 of 15 from the field and seven of seven from the foul line. Photo by SGTC Athletics

AMERICUS – The nationally ranked South Georgia Technical College Jets captured their second consecutive victory of the 2022 – 2023 basketball season after they rolled to a 91 – 61 win over the Franklin Prep Academy Cardinals from Clemson, South Carolina.

Freshman guard Deonte Williams from Sydney, Australia, came off the bench to lead the Jets in that 30-point victory by posting 27 points of his own.  He was the only Jets in double figures at the end of the first half with 12 points and then he continued to excel to score 15 points in the second half. 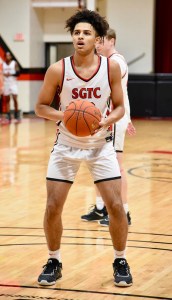 The Jets are back at home this weekend when they host the Jets Classic featuring Chattahoochee Valley, East Georgia and Eastern Florida.  Chattahoochee Valley faces East Georgia at 5:30 p.m. on Friday, November 11th followed by the 25th nationally ranked Jets against the 20th nationally ranked Eastern Florida Titans at 7:30 p.m.

On Saturday, the day will begin with a 1 p.m. game featuring the Lady Jets against Andrew College in a GCAA conference match-up.  The men will begin at 3:30 p.m. with Eastern Florida vs. East Georgia.  South Georgia Tech will play Chattahoochee Valley at 5:30 p.m.