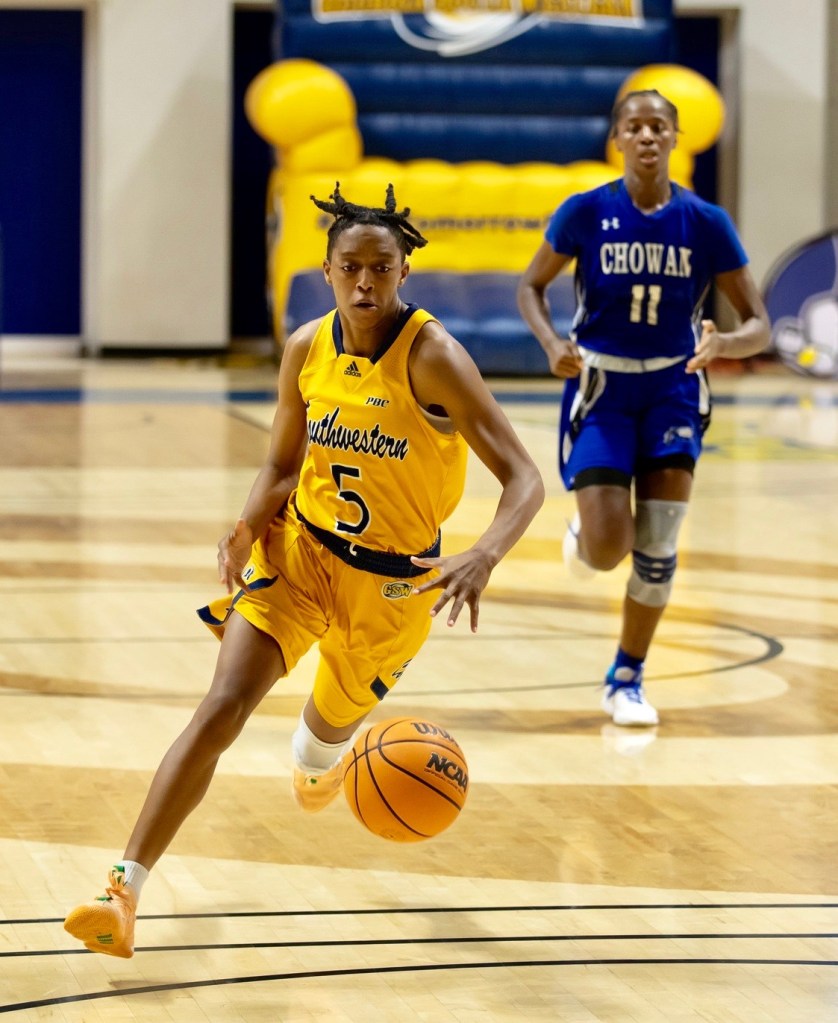 GSW senior guard Ava Jones (#5) scored 17 points to lead the Lady Hurricanes to a 65-52 victory over Chowan University and she scored 10 points in GSW’s 76-50 victory over Newberry College. Photo by GSW Athletics

AMERICUS – The 14th-ranked Georgia Southwestern State University women’s basketball team (GSW) is off to a 2-0 start to the 2022-23 season after wins over Newberry College (76-50) and Chowan University (65-52) in the Conference Challenge hosted by GSW at the Storm Dome on Friday and Saturday, November 11-12.

In their season opener against Newberry on Friday, the Lady Hurricanes jumped out to a 25-10 lead at the end of the first quarter and continued to dominate their way to a 76-50 victory.

Three GSW players scored in double figures to help lead the Lady Hurricanes to victory. Senior guard Lex Chatman led GSW in scoring with 14 points and both senior guard Ava Jones and junior forward Kayla Langley chipped in 10 points in the winning cause.

In Game 2 against Chowan University on Saturday, the Lady Hurricanes were in a much tougher battle, as they led CU at halftime 31-28. However, in the second half, GSW outscored CU 34-24 to earn a 65-52 victory.

Ava Jones led GSW with 17 points on six of 12 shooting and senior guard Jacquelyn Leavy chipped in 10 points in the winning cause.

The Lady Hurricanes will try to improve to 3-0 on the young season when they host Middle Georgia State College in the Storm Dome Tuesday morning, November 15 at 11 a.m. in front of hundreds of local elementary school students as part of Sumter County Schools Day.