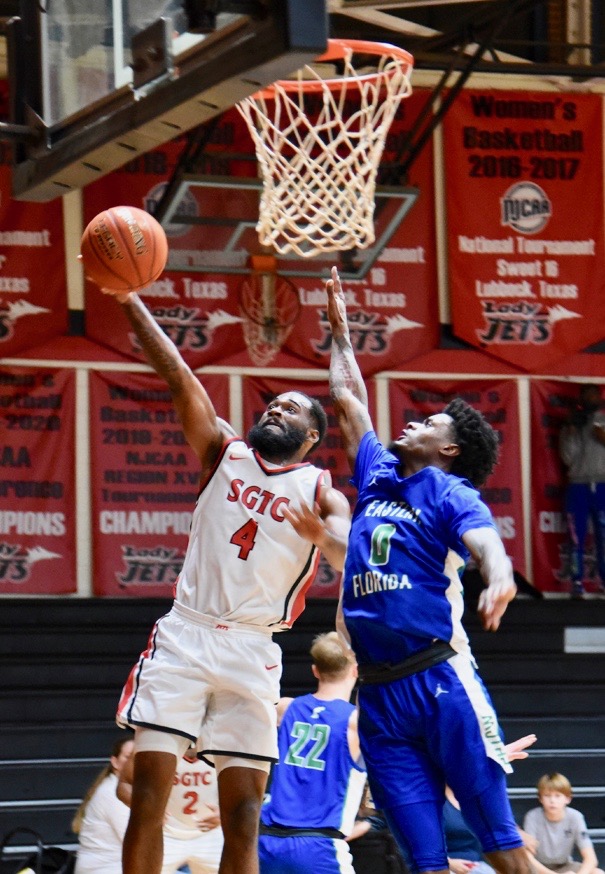 AMERICUS – The nationally ranked South Georgia Technical College Jets (SGTC) suffered two losses in the Jets Classic Tournament in Americus this past weekend.  The 20th ranked Eastern Florida State College Titans secured a 70 – 65 victory in the final seconds of the Friday night game and then Chattahoochee Valley Community College Pirates came away with a 68 – 62 win over the Jets on Saturday.

“These were tough losses,” said South Georgia Technical College Jets head coach Chris Ballauer.  “We were in both games and could have won, but we made some mistakes and failed to execute when it mattered the most.  Now we will regroup, learn from our mistakes and move ahead.”

SGTC was ranked 25th in the nation and 2 – 0 on the season coming into the Jets Classic.  The Jets are now 2 – 2 overall on the young season and trying to regroup before they face the NJCAA’s 8th ranked Chipola College Indians in Marianna, FL on Tuesday, November 15th at 7 p.m. CST. 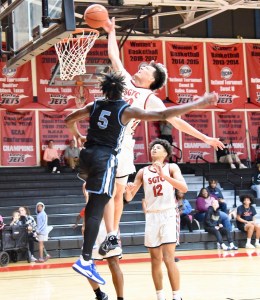 The Jets tried to bounce back after that last second loss to Eastern Florida, but Chattahoochee Valley Community College was determined to get a win after dropping a 60 – 49 decision to East Georgia State College on Friday.  They came out strong in the first half and were up by nine, 41 – 32 after the first twenty minutes of play.  The Jets only hit eight of 23 field goals in that first half and continued to miss the mark in the second half ending the game hitting a total of 16 field goals in 53 attempts for a 30.2% field goal average.

The Jets actually outscored the CVCC Pirates 30 – 27 in the second half but still fell shy in a 68 – 62 decision.  Nathan Wilson stepped up to lead the Jets in scoring in that game with 16 points.  Aaron Pitts followed up with 12 points and Deonte Williams closed out the double-digit scoring with 11 points.

Sophomore Semaj Henderson tossed in nine points and then Ryan Djoussa and Bryce Turner both walked away with seven points.

The Jets travel to Marianna, FL to take on the eighth ranked Chipola College Indians at 7 p.m. CST on Tuesday, November 15th and then head to Florida Gateway College in Lakeland, FL, on November 19th for a 2 p.m. game.  The Jets don’t play at home until November 29th when they host Chipola in the Hangar at 7:30 p.m.