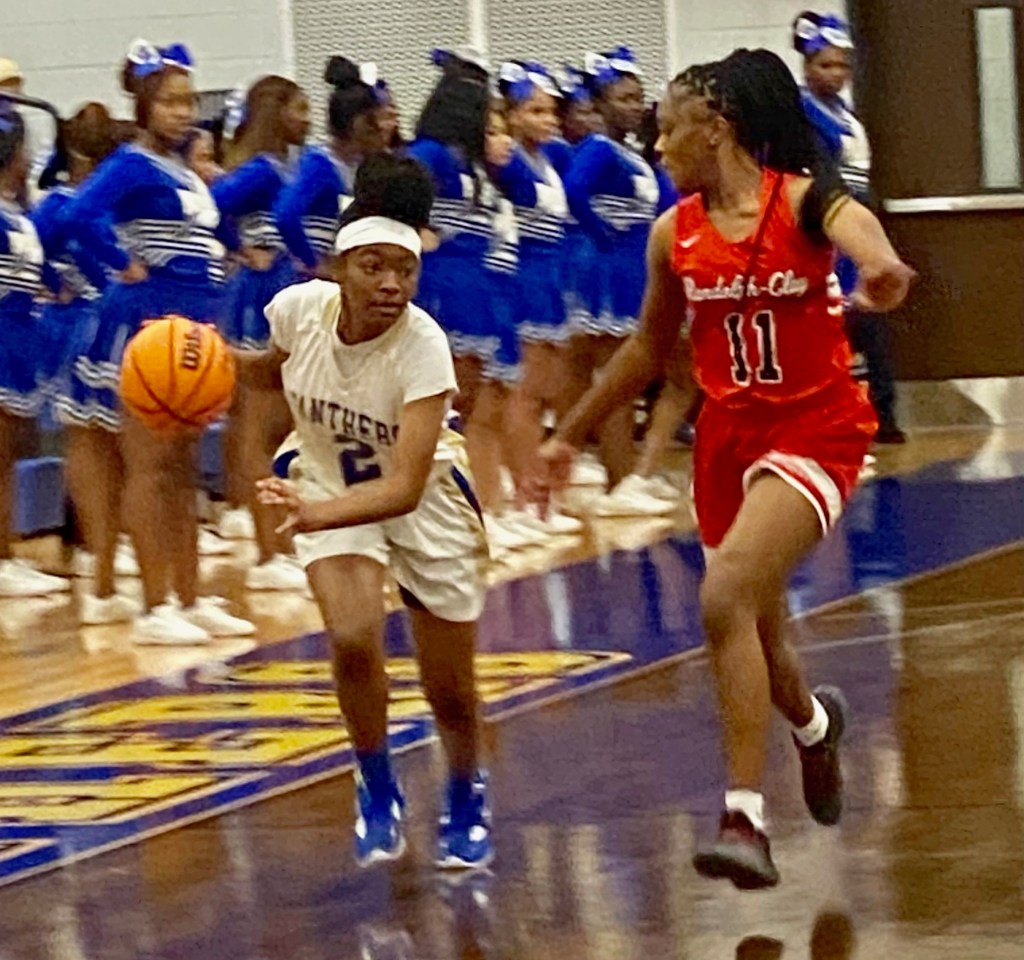 Sumter County freshman guard Kamiyah Barron led the Lady Panthers in scoring with 10 points in their 36-30 loss to Randolph-Clay to open the season. Photo by Ken Gustafson

AMERICUS – The Sumter County Lady Panthers basketball team (SCHS) came into Thursday night’s season opener against Randolph-Clay (RC) expecting to start the 2022-23 season on a positive note with a win over the Lady Red Devils. However, the Lady Panthers struggled all night with turnovers, cold shooting from the field and poor foul shooting. Those things contributed to a 36-30 loss to RC at the Panther Den to open the season.

After the game, SCHS Head Coach Sherri Harris expressed extreme disappointment in her club’s performance. “We’ve got to play a lot better, or it’s going to be a long, long season,” Harris said.

SCHS freshman guard Kamiyah Barron led the Lady Panthers in scoring with 10 points and both sophomore forward Madison Shelton and freshman forward Tralisha Williams each chipped in six points in the losing cause.

Both teams got off to a rough start in the first quarter and neither team could score a point until RC guard Te’Ahja Hardwick drilled a three-pointer with a little over six minutes left in the quarter. The Lady Panthers didn’t score their first points of the game until the 5:05 mark of the first quarter when Haley Moore sank two foul shots. 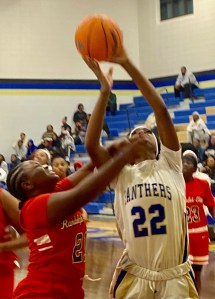 Over the next couple of minutes, the Lady Panthers struggled against the full-court press of the Lady Red Devils and fell behind 6-2 before going on a 7-2 run to take a 9-8 lead. Then with five seconds left in the quarter, SCHS took an 11-9 lead when Tamia Aldridge stole a pass and scored on a fast-break layup.

Early in the second quarter, Hardwick gave RC a 12-11 lead on another three-pointer. Shortly thereafter, the Lady Panthers turned the ball over and RC scored on a fast-break layup, prompting Harris to call a timeout with 6:38 to play before halftime.

Over the next few minutes, SCHS continued to struggle offensively due to turnovers and cold shooting from the field. The Lady Panthers’ struggles continued for the remainder of the first half and it resulted in a scoreless second quarter for SCHS. In contrast, the Lady Red Devils took advantage by going on a 14-0 run to take a 23-11 lead at halftime.

Over the first couple of minutes of the third quarter, the Lady Panthers were able to make a short run as Madison Shelton scored four points to bring SCHS to within eight at 23-15. This seemed to wake up the Lady Panthers and the crowd, as they would later climb to within five at 23-18 on a basket from Ja’niah Edwards.

As the third quarter continued, SCHS was able to force turnovers, while RC was struggling to score. Then with 2:46 to go in the quarter, Kamia Barron brought the Lady Panthers to within five at 24-19 with a made free throw.

Over the remaining two minutes of the quarter, both teams traded baskets, but Barron was able to sink two free throws with 50 seconds left in the third quarter to bring the Lady Panthers to within four at 29-25 with one more quarter to play. 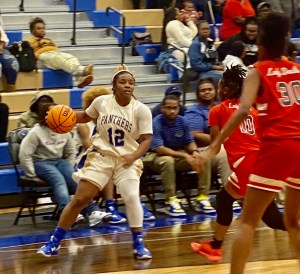 However, as they had done in the first half, the Lady Panthers struggled offensively for much of the fourth quarter with cold shooting and turnovers. They were able to get to within five points at 35-30 on two made free throws from Williams, but they continued to struggle with turnovers and would go on to lose to RC 36-30 in the season opener.

Neither team shot the ball well from the foul line. The Lady Panthers made 10 of 22 foul shots (45 percent), while the Lady Red Devils were even worse, going 5 of 15 from the charity stripe (33 percent).

Hardwick led the Lady Red Devils in scoring with 14 points and Desiree Smith scored 11 in the winning cause.

SCHS will not have long to lament the loss, as Westover comes into the Panther Den on Friday, November 18. Tip off is scheduled for 6 p.m.