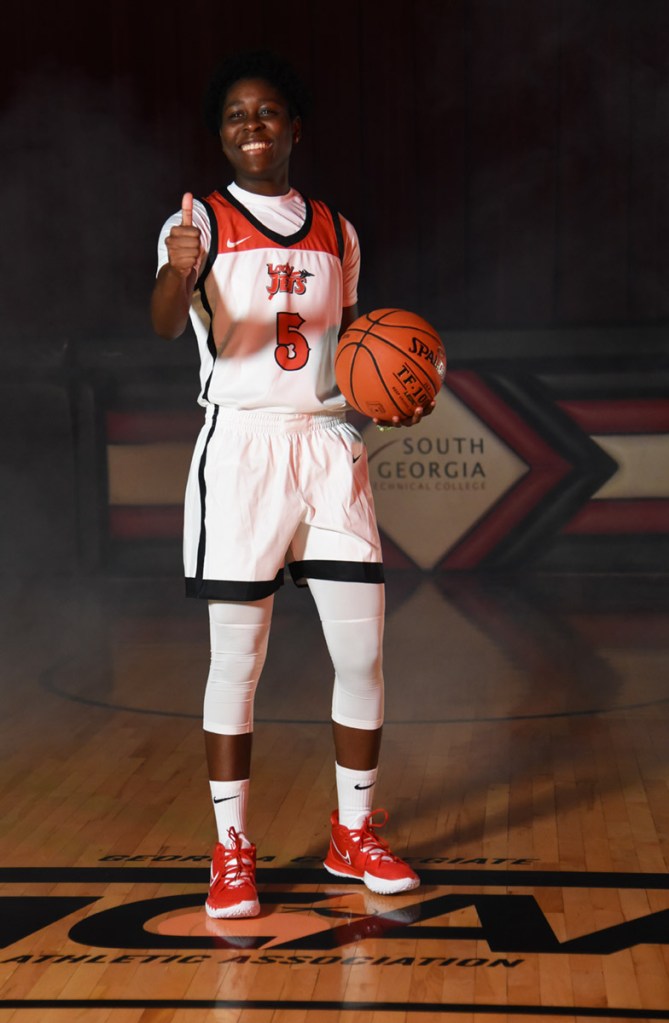 ST. PETERSBURG, FL – The nationally ranked South Georgia Technical College Lady Jets captured two wins in the St. Petersburg Classic women’s basketball tournament in St. Petersburg, FL over the weekend to move to 7 – 1 on the season.  They were also able to move from 11th to ninth in the NJCAA Division I women’s national basketball polls.

The Lady Jets opened the tournament with an impressive 72 – 47 victory over Hillsborough Community College on Friday and then took a 57 – 41 win over St. Petersburg College to capture their seventh consecutive win of the 2022 – 2023 season.

In the action in Florida over the weekend, sophomore forward Alexia Dizeko from Sion, Switzerland, led the Lady Jets in scoring with 16 points, eight rebounds, two steals, two assists and one blocked shot in the win over Hillsborough Community College. Sophomore guard Loes Rozing was the only other Lady Jets in double-digits with 12 points.  She was four of five from the three-point line and also had eight assists and two steals.

The Lady Jets will be in action at home on Friday, November 25th at 6 p.m. and then again at 4 p.m. on Saturday.  They will travel to Phenix City, AL on December 5th to play Chattahoochee Valley Community College before returning home to face East Georgia State College at 5:30 p.m. on December 9th and Albany Technical College at 1 p.m. on December 10th.