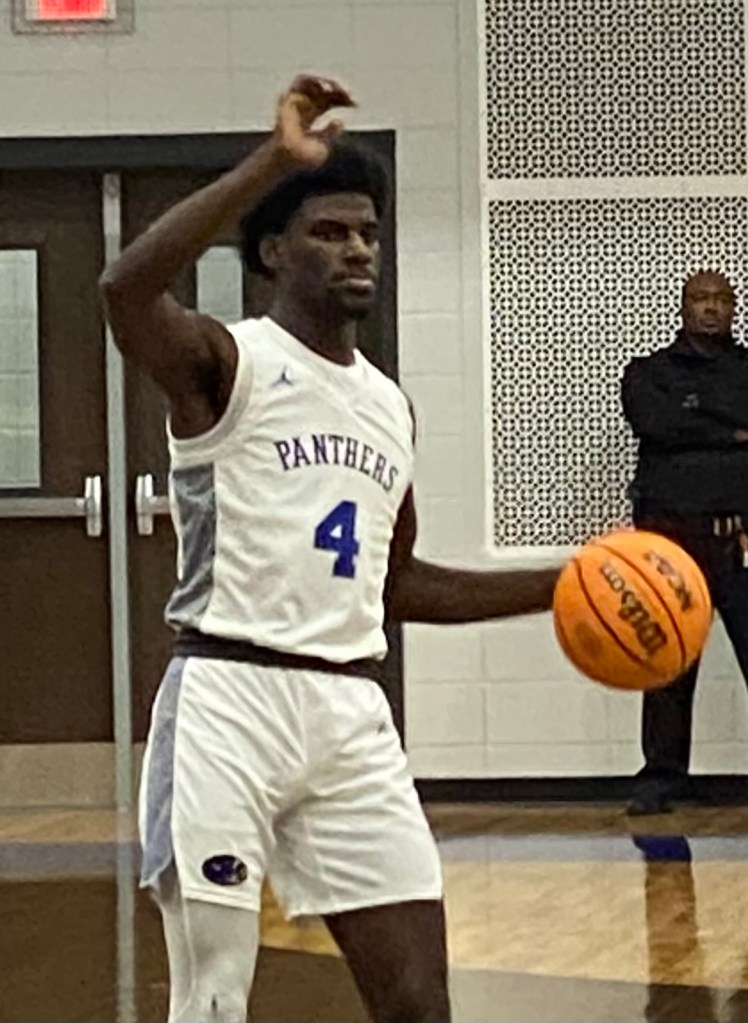 Sumter County senior point guard Cameron Evans was named the MVP of the game for his 13-point performance in the Panthers’ 53-52 victory over Leesburg (FL) in their second game of the Florida Get Down Showcase in Orlando over the Thanksgiving weekend. ATR Archive

ORLANDO, FL – The Sumter County High School boys’ varsity basketball team (SCHS) made the trip down to Orlando during the Thanksgiving weekend to compete at the Florida Get Down Showcase. In their first game of the tournament, the Panthers lost to Blake High School from Tampa, FL 66-53 on Friday, November 25, but came back the following day and defeated Leesburg (FL) by the score of 53-52 to earn a split in the tournament.

In their first game against the Blake Yellow Jackets, the Panthers came out aggressive early, but committed numerous turnovers in the third quarter, which caused them to be down by as much as 20.

SCHS fought back and the Panthers were able to cut their deficit to eight by the start of the fourth quarter, but they were not able to make the full comeback due to cold shooting from the field and went on to lose 66-53.

In their second game against Leesburg (FL), the Panthers played their normal aggressive style of ball the entire way and were able to edge out the Yellow Jackets 53-52 to earn the split at the tournament.

Evans led the way for the Panthers with 13 points and Pope poured in 12. Both Dowdell and senior guard D.J. Hurley were also in double figures with 10 points each.