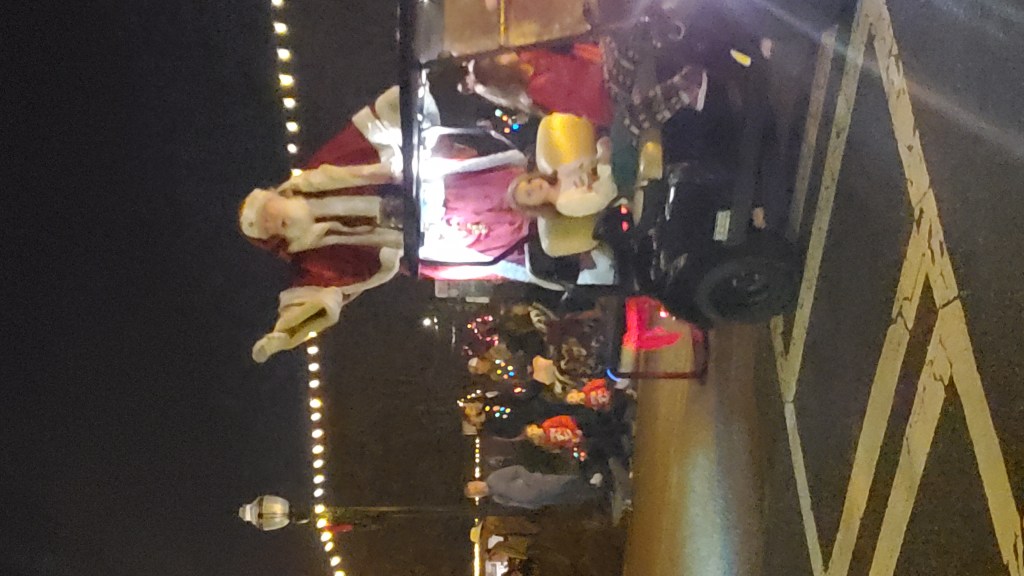 The locals gathered. A train dropped off more than 300. The stores were all welcoming a visitor, a shopper, a friend. The fried peanuts and peanut butter ice cream was freely flowing. There were food trucks and delectable fair food. But mostly there was community, and in this Advent season, Plains literally turned the lights on. 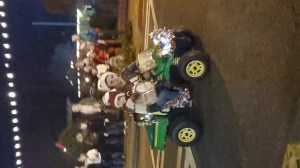 November 26, 2022 will not be remembered for its glorious skies. It was humid, rather warm and a little misty. One of those nights when you feel like you need an umbrella, but when you hit the button to open it, it seems too much. It often times feels these types of days are ingenious to this time of year. It is not quite a brisk fall, but the leaves are finishing out their process of letting go. There is not the cutting cold which will soon arrive. In the midst of this evening was indeed a crowd, still a little hung over from a big meal and now into day two of leftovers, looking to make a step into the Christmas season. 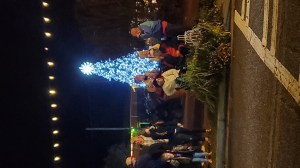 As any Sumter Countian knows, Plains is quaint, but it is mighty. Sumter Countians don’t even use street names to tell of the bustle of their downtown. We just know it as downtown. And downtown is perhaps a small-town block of stores which offer up a variety of treasures to anyone who seeks a little something special. Some stores have been there as long as most can remember, others are brand spanking new by many accounts. But tonight, they were all on one accord. They were bringing in Christmas to those smart enough to know where to show up.

Walking up on the scene is beautiful enough. Here among the crowd where some locals but there were new faces as well. The chatter was typical. “Y’all have a good Thanksgiving?” “Oh yeah, I ate way too much of mama’s offerings, but I sure took a good nap afterwards. I don’t think I’ll be hungry for another three weeks. I am glad I wore my elastic wasted pants.” And so on, and so on. Then an announcer comes on and welcomes those seeking some Christmas cheer. He tells of the offerings, and of prizes won. He reminds the winners they can pick up their prizes at the firepit. Everybody knows where the firepit is, look to your left and you’ll see it too. He welcomes all in the name of a president and first lady, a mayor and a visitor’s center. He then asks if the crowd is ready to see some lights. There is a resounding, “Yes!” Such is someone’s que to flip the switch or plug it all into the socket, the crowd doesn’t care which, all they want is to bathe in the warmth of a glow. 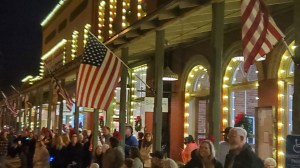 And the glow happens. There is an applause. And then to celebrate there is a parade. Out they come, golf carts, ATVs, little tike battery operated mobiles, even a hover board. There are delightful faces, dressed up in seasonal wear and as they make their way down that block of store fronts, they are waving and throwing candy. Children, maybe some adults, go clamoring for a seasonal treat. Some encourage a hefty throw. The parade participants indulge them. They make one pass. If that wasn’t enough, they turn right back and make another. They are met on the second passage with as strong a greeting as the first. 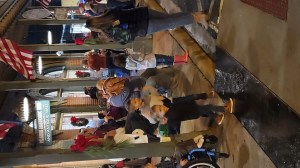 Like any self-respecting parade the piece de resistance is Santa. He is a beauty. He, of course, has his own golf cart. He stands in his red regalia and waves, giving but a hint of his return on December 24. He too, as if to make sure he does have every name on a list, doubles back to see the faces again.

Those are the happenings in Plains, Georgia on a Saturday night. It is lovely and delightful and twinkles in so many ways. There is hope lining those streets, there is lingering gratitude, there is hospitality for both the familiar and the new. In these streets, where the 39th President earned and still earns his due, there is a moment he would quite appreciate. There is a peace. It is not a quiet peace, nor is it a still peace, but it is indeed a special one. One which can be, and will be, and has been endorsed by one of our nation’s best brokers of peace. To stand on these streets you get a little understanding of the heart of peace. It is not hard to be its student, for those eager to learn. 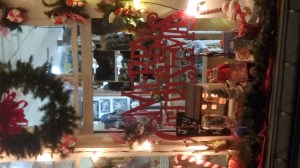 Merry Christmas little Plains. May you continue to shine bright. You never needed special lighting to offer your glow, but wow, how you wear it beautifully.