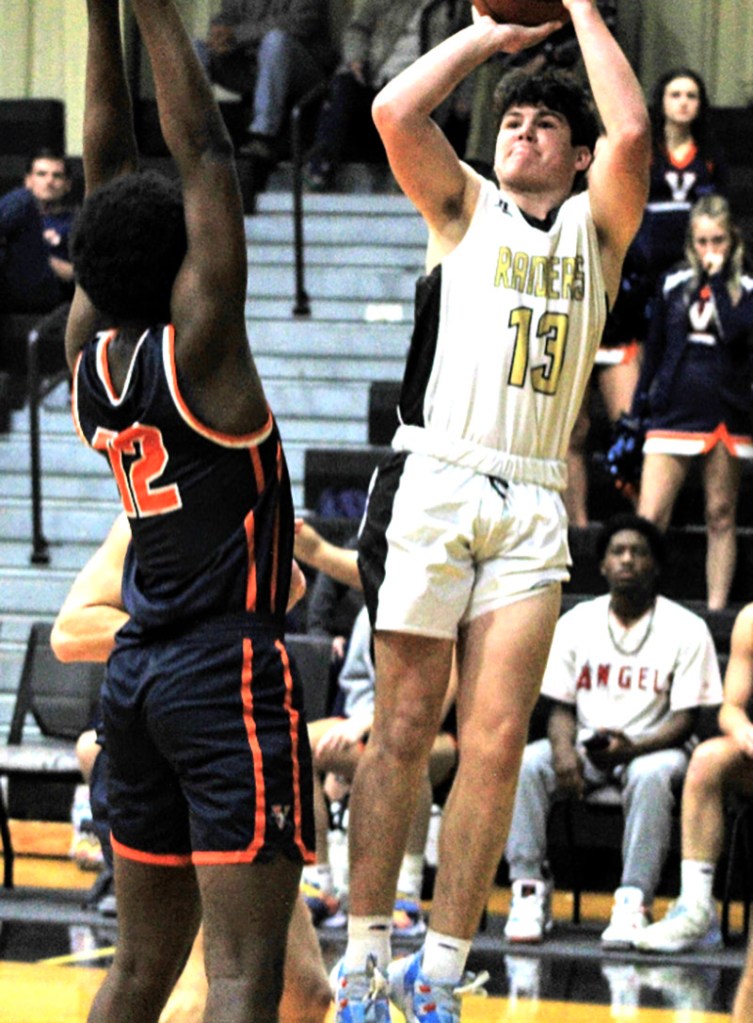 PERRY, GA – Southland Academy junior shooting guard Perry Usher scored 20 points and drained five three-pointers to lead the Raiders to a 75-57 victory over Westfield in their season opener on Thursday, December 1 at the Westfield School in Perry.

“I thought our guys did a good job throughout the entire game,” SAR first year head coach Kevin Douglas said. “They (Westfield) made some plays in the second half, but we were able to answer and push it out. I thought that was the key to the game….just keeping things simple, taking care of the basketball and getting quality shots each time down.”

In addition to Usher’s performance, the Raiders got scoring production from senior power forward Carlos Tyson, who poured in 16 points on the night.

Three other Raiders were in double figures as well. Sophomore center Michael Terry posted a double-double in the contest by scoring 14 points and grabbing 10 rebounds. Junior guard Banks Simmons scored 12 points and senior point guard Cedric Smith chipped in 10 in the winning cause. Senior forward Luke Exley also got in the scoring column with three points.

The Raiders (1-0) will travel down to Damascus, GA on Monday, December 5 to take on Southwest Georgia Academy. Tip off is scheduled for 7:30 p.m.