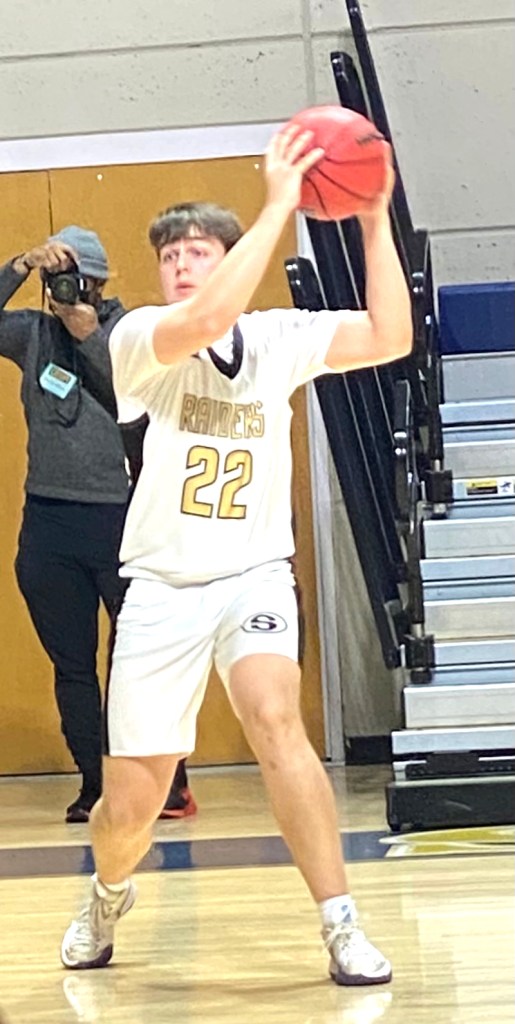 DAMASCUS, GA – The Southland Academy Raiders (SAR) got double figures scoring from four players in their 70-39 drubbing of Southwest Georgia Academy (SGA) on Monday, December 5 in Damascus, GA.
“Our chemistry is maybe not midseason form. We have a lot of work to do, even after the big win,” SAR Head Coach Kevin Douglas said. “But I think it starts with their attitudes from day one. Nobody’s been above anything. They all get along, although on the court, they push each other both offensively and defensively.”
SAR sophomore forward Michael Terry led the Raiders with 20 points and senior forward Luke Exley scored 16. Junior forward Perry Usher chipped in 13 points and senior shooting guard Cedric Smith scored 10 in the winning cause. Senior forward Carlos Tyson almost hit the double digit scoring column with nine points and junior point guard Banks Simmons scored two points.
The Raiders (2-0) will try to stay undefeated when they take on Marion County in Buena Vista, GA on Saturday, December 10 at 3:30 p.m.