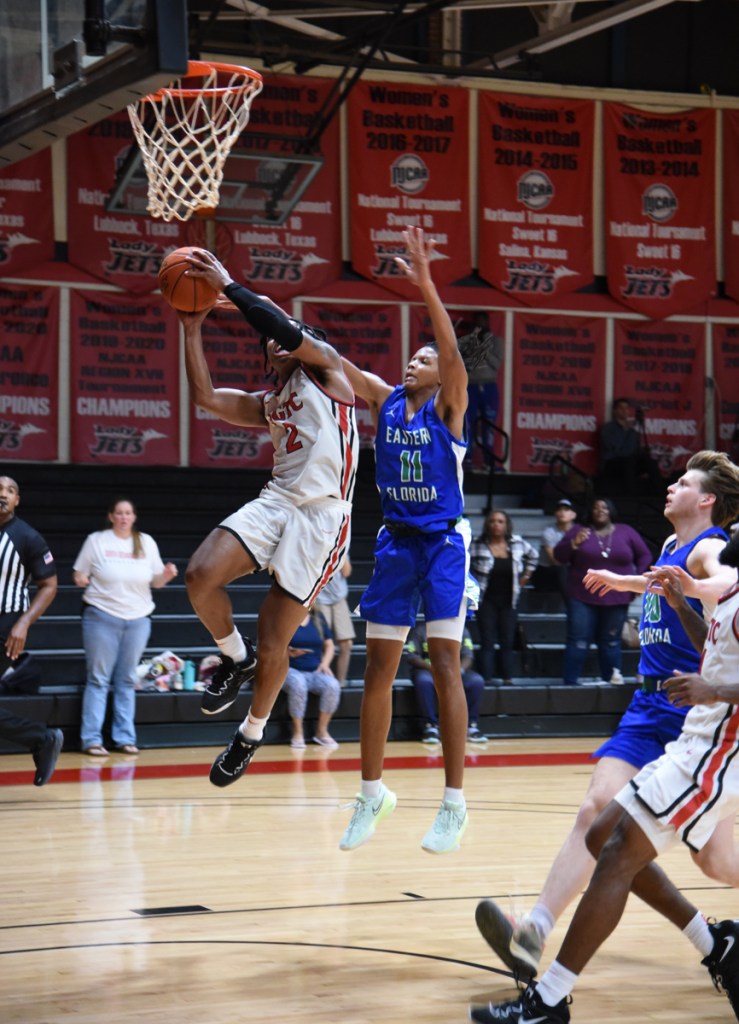 MELBOURNE, FL – The South Georgia Technical College Jets (SGTC) lost two tough decisions in the Eastern Florida Classic in Melbourne, FL this past weekend.  The Jets fell to Eastern Florida State College in the opener 84 – 66 and then dropped a 95 – 83 decision to 17th ranked Daytona State in the second matchup.  The losses put the Jets at 3 – 6 on the season.

SGTC Jets head coach Chris Ballauer said the Jets just didn’t come ready to play.  The Jets had matched up against Eastern Florida State in Americus in November and lost 70 – 65, but Eastern Florida built up a 13-point first half lead to run up the score to 84 – 66 in Melbourne.

The Eastern Florida Titans were up 43 – 30 at the end of the first half and despite a slight rally by the Jets in the second half, they only put up 36 points to the Titans 41 to end the night with the 84 – 66 loss.  Sophomore guard Semaj Henderson was the leading scorer for the Jets in that matchup with 20 points, five rebounds, four assists and three steals.

Nathan Wilson came off the bench to add nine points, Deonte Williams scored six and Ryan Djossa had two points on the night.

After that disheartening loss, the Jets faced 17th ranked Daytona State and once again got down in the first half, 44 – 36.  Daytona State kept the Jets at bay in the second half and continued to outscore the Jets 51 – 47 to capture the 95 – 83 victory.

Semaj Henderson led the Jets in scoring again in the second game with 21 points, three rebounds, five assists and four steals.  Freshman guard Deonte Williams was the second leading scorer with 20 points, eight rebounds, one assist, and two blocked shots.  Aaron Pitts was the only other Jet in double-digits with 12 points, five rebounds, two assists and one steal.

Bryce Turner and Nathan Wilson both came away with nine points.  Kallin Fonesca added six points and Ryan Djoussa closed out the scoring with five points.

Then the Jets travel to Panama City to face Gulf Coast at 7 p.m. CST.  The Jets defeated Gulf Coast 79 – 74 earlier this season.  Their final two games of 2022 will be in Ft. Myers, FL in the Florida SW Classic.  They will take on State College of Florida and Florida Southwestern College on December 29th and 30th.

The Jets will open up 2023 and the Georgia Collegiate Athletic Association conference games at home on January 7th at 3 p.m. as part of a double header against East Georgia State College.  The Lady Jets will open against Georgia Highlands College at 1 p.m. that day.