Second half run helps Southland pull away from Marion County 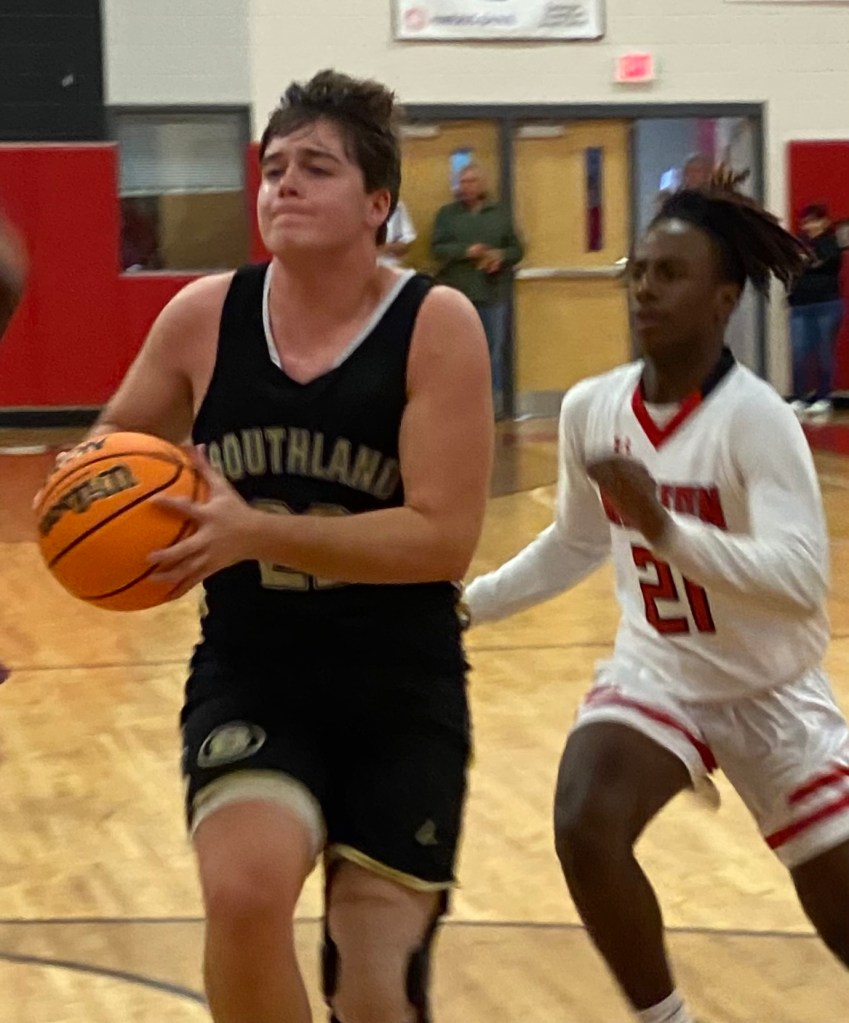 Southland Academy senior forward Luke Exley led the Raiders in scoring with 21 points in their 67-50 victory over Marion County. Photo by Ken Gustafson

BUENA VISTA, GA – Throughout most of the first half, it was a tight battle between Southland Academy (SAR) and Marion County (MC), but in the second half, particularly in the third quarter, the Raiders were efficient on offense with strong outside shooting and they created scoring chances on the inside. They also stepped up their play on the defensive end of the floor and were able to neutralize the Eagles’ offense. As a result, SAR left Buena Vista with a 67-50 victory over MC on Saturday, December 10.

SAR’s leading scorer, Michael Terry, suffered an injury in the first half and did not return, but according to SAR Head Coach Kevin Douglas, that inspired his teammates to step their game up in response to an adverse situation.

“We battled for four quarters against a very good athletic team in Marion County,” Douglas said. “When you lose your leading scorer (Michael Terry) to injury in the first half and battle through foul trouble the entire game, it changes a coach’s game plan. But I have a special group of players that are able to battle and be successful when faced with adversity.”

Luke Exley led the Raiders in scoring with 21 points and drained four three-pointers on the day. Cedric Smith was also in double figures with 15 points and both Banks Simmons and William Easterlin chipped in nine points in the winning cause. 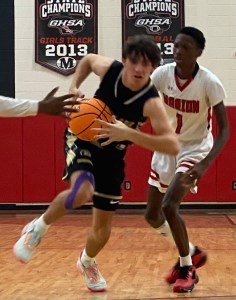 During the first quarter, it was a tightly contested affair between both teams, but with seconds to go on the clock and the Raiders leading 16-12, MC’s Kevin Hardison drilled a three-pointer as the horn sounded and the Raiders had a 16-15 lead.

SAR (3-0) was able to jump out to a 21-17 lead with a little over six minutes remaining in the second quarter on a three-pointer by Exley. Both teams went through a bit of a scoring drought over the next few minutes, but Cedric Smith gave the Raiders a 30-24 lead on a short jumper with a little over two minutes left in the half. During the final minute of the first half, the Raiders were outscored 9-3 by the Eagles and MC’s Jayden Richardson drilled a three-pointer as the horn sounded, cutting SAR’s halftime lead to 35-33.

Over the first three minutes of the third quarter, the Raiders outscored MC 9-3 by way of a three-pointer from Perry Usher and a four-point play from Banks Simmons. Simmons drilled a three-pointer right in front of the SAR bench, was fouled on the play and made the foul shot to give SAR a 44-36 lead. Over the remaining two minutes of the third quarter, the Raiders went on another big run that was capped off by a three-pointer from William Easterlin. With one more quarter to play, SAR had a comfortable 54-37 lead. 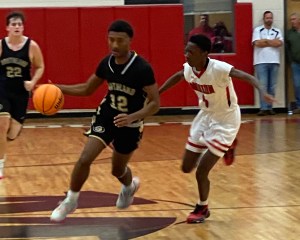 Over the first couple of minutes of the fourth quarter, the Eagles (0-1) tried to get themselves back into the game, but could not finish off easy shots on the inside. This allowed the Raiders to maintain their double-digit lead and see the game to its conclusion. SAR also continued to play solid half court defense, which limited the Eagles’ scoring opportunities.

With a little over two minutes left, MC decided to press full court, but SAR beat the press easily with a long pass to Cedric Smith, who scored on a layup. From that point until the end of the game, the Raiders continued to score using their motion offense and would go on to win comfortably by the score of 67-50.

Davion Lemons led the Eagles in scoring with 14 points and Jayden Richardson scored 13 in the losing cause.

The Raiders will try to stay undefeated when they travel over to Eufala, AL on Monday, December 12 to take on the Lakeside School. Tip off is scheduled for 8:15 p.m. EST.