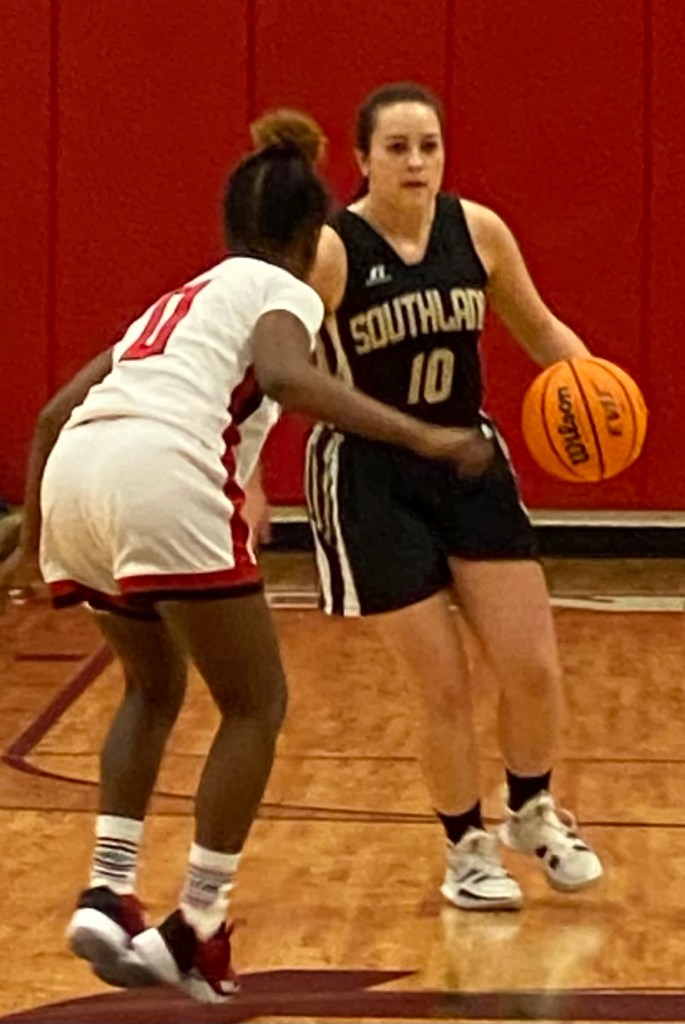 BUENA VISTA, GA – The Southland Academy Lady Raiders (SAR) used their strong outside shooting and their tenacious defense to build a big lead over Marion County (MC) in the first half. Though the Lady Eagles mounted a furious 18-2 run in the fourth quarter to make it somewhat interesting, the Lady Raiders were able to hold on for a 53-41 victory over MC and remain undefeated on the season at 5-0.

In total, SAR drained eight three-pointers on the night and that turned out to be a major factor in their victory. 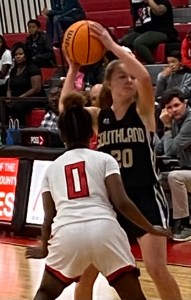 In the second quarter, the Lady Raiders continued to be solid offensively and were more aggressive getting to the ball on missed shots. As a result, they were able to generate second chance rebounds and turn them into points. In addition to that, SAR continued to be hot from the three-point line, as Bailey would hit another three-pointer to give the Lady Raiders a 32-11 lead with four minutes to go before halftime.

For the remainder of the first half, SAR continued to dominate MC with strong shooting from the outside and tenacious half court defense that resulted in turnovers and transition baskets. By halftime, the Lady Raiders’ domination in the first half showed on the scoreboard, as they led 43-11 at the break. 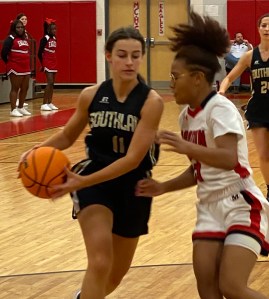 In the third quarter, the Lady Raiders cooled off somewhat and were outscored 11-8 in the quarter. In the fourth quarter, the big lead allowed SAR Head Coach Eric Israel to give his younger players some valuable playing experience. However, the Lady Eagles ratcheted up their defensive pressure and used a full-court press that caused SAR to commit numerous turnovers. As a result, MC went on an 18-2 run and the Lady Eagles were within 13 points at 53-40 with 29.8 seconds left. This prompted Israel to put his starters back in the game, but SAR was able to hold on and secure a 53-41 victory.

Jamaya Crumbley led the Lady Eagles (0-4) in scoring with 18 points and Taylor Montgomery scored 11 in the losing cause.

SAR will try to stay undefeated when they travel to Eufala, AL on Monday, December 12 to take on the Lakeside School. Tip off is scheduled for 5:30 p.m.