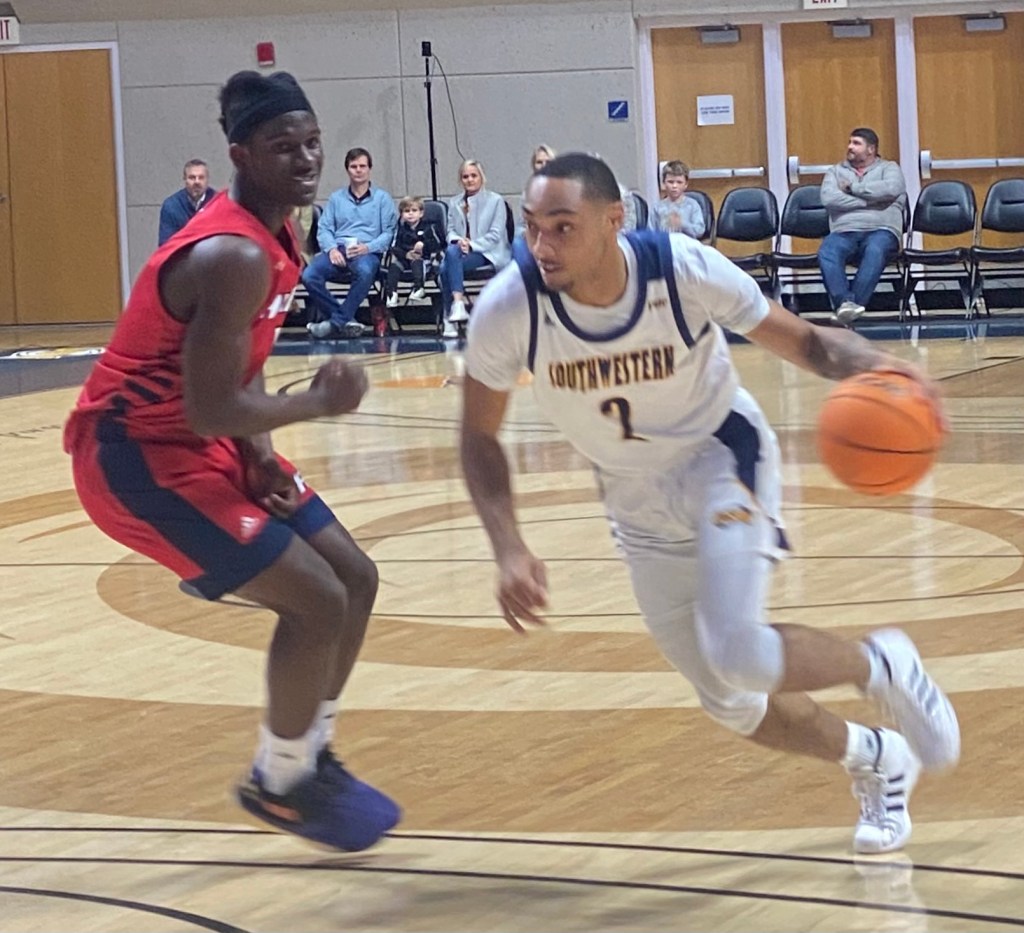 GSW senior guard Devon Higgs led the Hurricanes in scoring with 10 points in their 67-54 loss to USC Aiken. Photo by Ken Gustafson

AMERICUS – After losing a hard-fought battle to Augusta University in their first Peach Belt Conference (PBC) game of the season, the Georgia Southwestern State University men’s basketball team (GSW) was hoping to earn its first PBC win of the season against the University of South Carolina-Aiken (USCA) on Monday night, December 12 at the Storm Dome. However, cold shooting from the field, coupled with an inability to stop the Pacers on the defensive end, resulted in a 67-54 defeat for the Hurricanes at the hands of USCA.

The loss drops the Hurricanes to 5-4 overall on the season and they are now 0-2 in the PBC. With the win, USCA improves to 7-3 overall and 2-0 in the PBC.

GSW simply struggled to score in this game. The Hurricanes only made a total of 7 of 30 shots from the field (23.3 percent) and went 2 for 7 from the three-point line (28.6 percent). On the defensive end of the floor, the Hurricanes also struggled as they allowed the Pacers to score 18 second chance points while GSW only scored six.

GSW senior guard Devon Higgs led the Hurricanes in scoring with 10 points and both junior guard Phillip Burwell and freshman forward Jaylen Jordan each scored nine points in the losing cause.

The Hurricanes struggled offensively over the first five minutes of the game and trailed the Pacers 5-0 until timeout was called with 15:50 left in the first half. 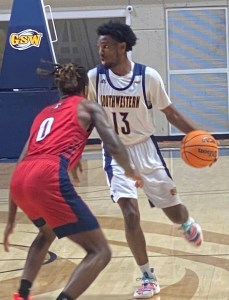 GSW finally got on the board when Jamari Dean scored on a layup, but both teams were going through a scoring drought during this point of the game. The Hurricanes went scoreless for the next couple of minutes until Lars Nilsen hit a three-pointer from the corner and Burwell followed that up by scoring on the inside to tie the game at 7-7. Having been fouled on the play, Burwell sank the free throw and GSW had its first lead of the ball game at 8-7.

Over the next couple of minutes, both teams traded baskets, but the Pacers took an 18-14 lead on a jumper from Jameel Rideout with a little over four minutes to play in the half.

Over the final minutes of the first half, the Hurricanes continued to struggle offensively and fell behind 24-16 with less than a minute to play, but Jordan Clark was able to come up with a three-pointer with 33 seconds left and the Hurricanes would go into the locker room at halftime trailing the Pacers 24-19. 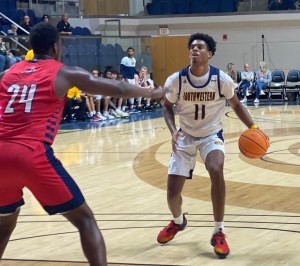 USCA jumped out to a 27-19 lead early in the second half on a three-pointer from Rideout. That was the beginning of a 6-2 run by USCA before timeout was called with just under 16 minutes to play.

However, that timeout did not stop the Pacers. They would go on a 13-4 run that was spearheaded by Tehree Horn, who drained two three-pointers over that span.

During this part of the game, the Hurricanes went cold from the field and struggled to stop the USCA offense. By the 11:51 mark of the second half, GSW was trailing 45-26 and the Hurricanes didn’t seem to have an answer. 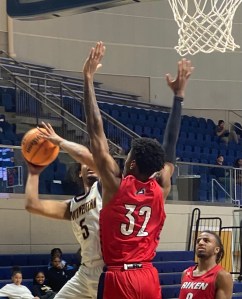 GSW junior guard Phillip Burwell (#5) is seen here trying to score on the inside. Burwell scored nine points, grabbed three rebounds and dished out three assists in the Hurricanes’ loss to USCA.
Photo by Ken Gustafson

Over the final minutes of the game, the Hurricanes tried to press the Pacers full court, but were not able to generate any turnovers and were therefore unable to make a significant bid for a comeback. As a result, GSW would go on to lose to USCA 67-54.

Tyler Johnson led the Pacers in scoring with 16 points and Karon Boyd poured in 12 in the winning cause.

After the Christmas break, the Hurricanes will head out to Jacksonville, AL on Tuesday, December 27, where they try to upset their NCAA Division 1 opponent Jacksonville State. Tip off is scheduled for 7 p.m. EST.