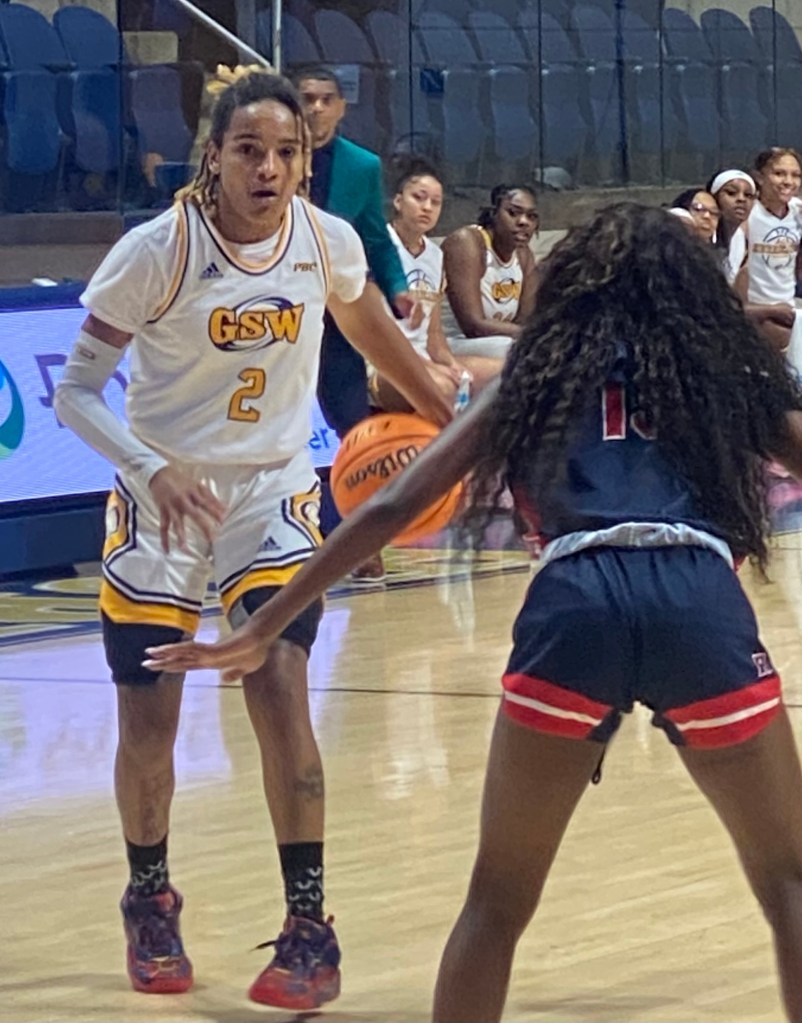 AMERICUS – Led by the hot shooting of senior guards Jolicia Williams and Jacquelyn Levay, the Georgia Southwestern State University women’s basketball team (GSW) extended its winning streak to four with an 81-64 victory over the Lady Pacers of USC Aiken on Monday evening, December 12 at the Storm Dome.

With the win, the Lady Hurricanes improve to 7-1 overall on the season and they are still undefeated in the PBC at 2-0. 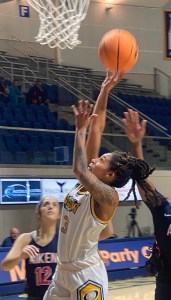 In total, the Lady Hurricanes made 15 of 26 three-pointers (57.7 percent) and shot 45 percent from the field overall (27 of 60 attempts). Senior guard Lex Chatman was also in double figures with 15 points and senior guard Ava Jones scored seven points in the winning cause.

GSW also got the job done on the defensive end of the court. The Lady Hurricanes forced 19 turnovers from USCA and scored 32 points off those turnovers. They also outscored the Lady Pacers in fast break points (18-6). 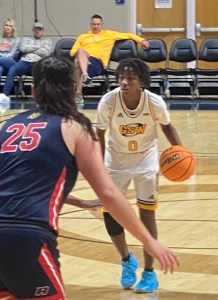 During the first half, it was a tightly contested affair between both teams and the score was tied at 18-18 with 7:41 to go before halftime. However, from this point until halftime, Williams helped spearhead a 27-9 run by the Lady Hurricanes and drained a three-pointer as the horn sounded to give GSW a 45-27 halftime lead.

Williams scored 19 of her game high 24 points in the first half, with 18 of those points coming from six made three-pointers.

Throughout the third quarter, GSW maintained its double-digit lead and continued the strong outside shooting it displayed in the first half. Williams, Chatman and Jones each hit a three-pointer and by the 4:17 mark of the third quarter when timeout was called, the Lady Hurricanes had a 57-37 lead. 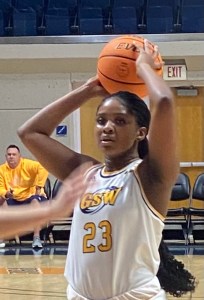 Shortly after the timeout, GSW picked up where it left off as Levay would hit two back-to-back three-pointers to give the Lady Hurricanes a 65-44 lead. Then as the third quarter was about to close, Levay pushed the ball up the court and scored on a running one hander at the buzzer to give GSW a 67-44 advantage with one more quarter to play.

Over the final 10 minutes, the Lady Pacers tried to cut into GSW’s lead, but the Lady Hurricanes continued their solid play on both ends of the court and would go on to defeat USCA 81-64.

Emily Trushel led USCA in scoring with 16 points and both Annalise Malone and Marta Rivera each scored 11 points for the Lady Pacers in the losing cause.