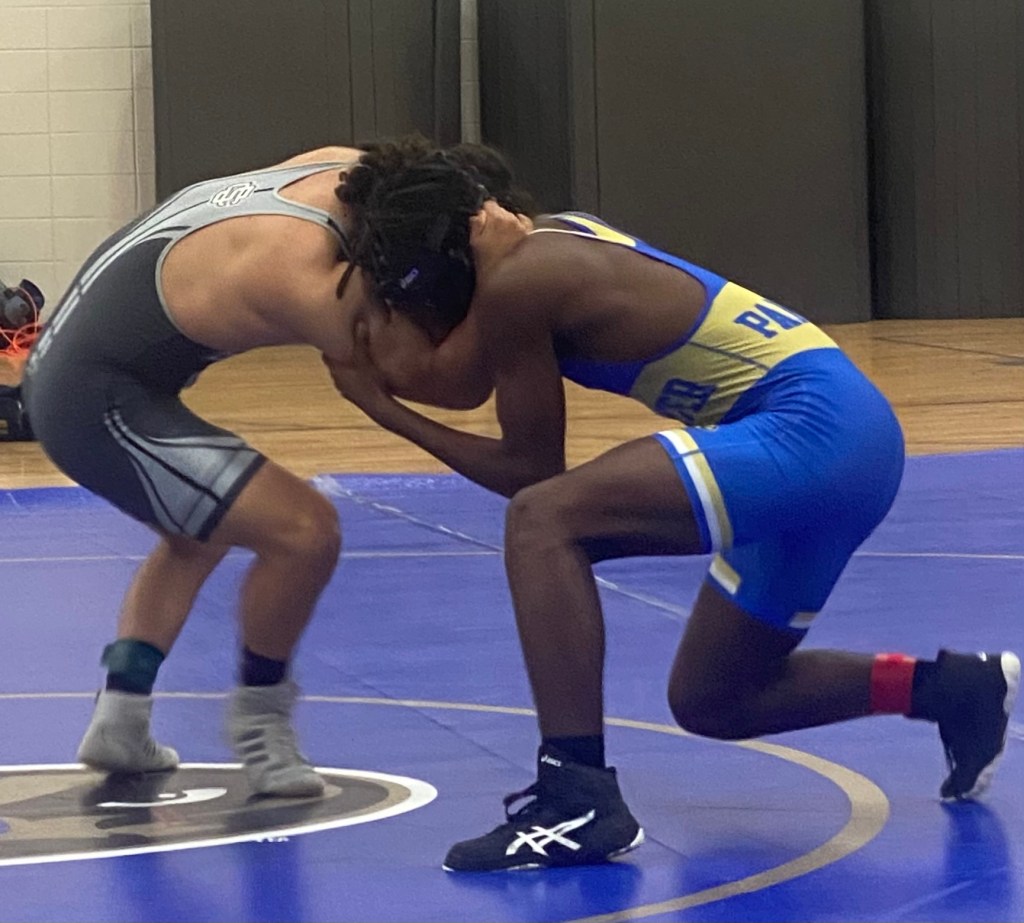 Many of these Schley County wrestlers are members of the Schley County football team that recently lost to Bowdon 39-31 in the GHSA Class A Division 2 state championship. Having been involved with football up until a week ago, many of these wrestlers didn’t have much time to prepare for this tri-match.

“I am very proud of what my team accomplished after only two days of practice,” Schley County Head Coach Greg Smith said. “Half of my team plays football and the rest have been conditioning on their own. I have the seven seniors in my team lineup and they are all great leaders. Bradley Dean and Levi Johnson are kids I depend heavily on. They show up every day and come to work,” Smith continued.

Smith also praised the efforts of seniors Wyatt Vicencio, Matthew Nguyen, Brody Barnes and Emmanuel Royal for the leadership they have shown. 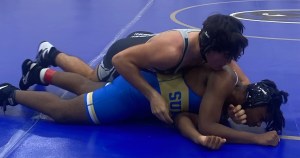 Schley County junior Jay Kanazawa won his match over his Sumter County opponent. Kanazawa won both of his matches via pin in less than 30 seconds.
Photo by Ken Gustafson

Smith also praised the effort of junior wrestler Jay Kanazawa, who is also the starting quarterback on the Wildcats football team. Kanazawa got Monday off, but after just one day of practice, he won both of his matches of the tri-match in less than 30 seconds.

Junior Wyatt Halstead, who is a nose guard and a defensive tackle on the football team, has also gotten off to a great start as a Wildcat wrestler. Halstead has started the season with a 2-0 record and Coach Smith expects him to go far this year in the heavyweight division.

The Wildcats will compete this Saturday, December 17 in their first tournament at the Westfield School in Perry.