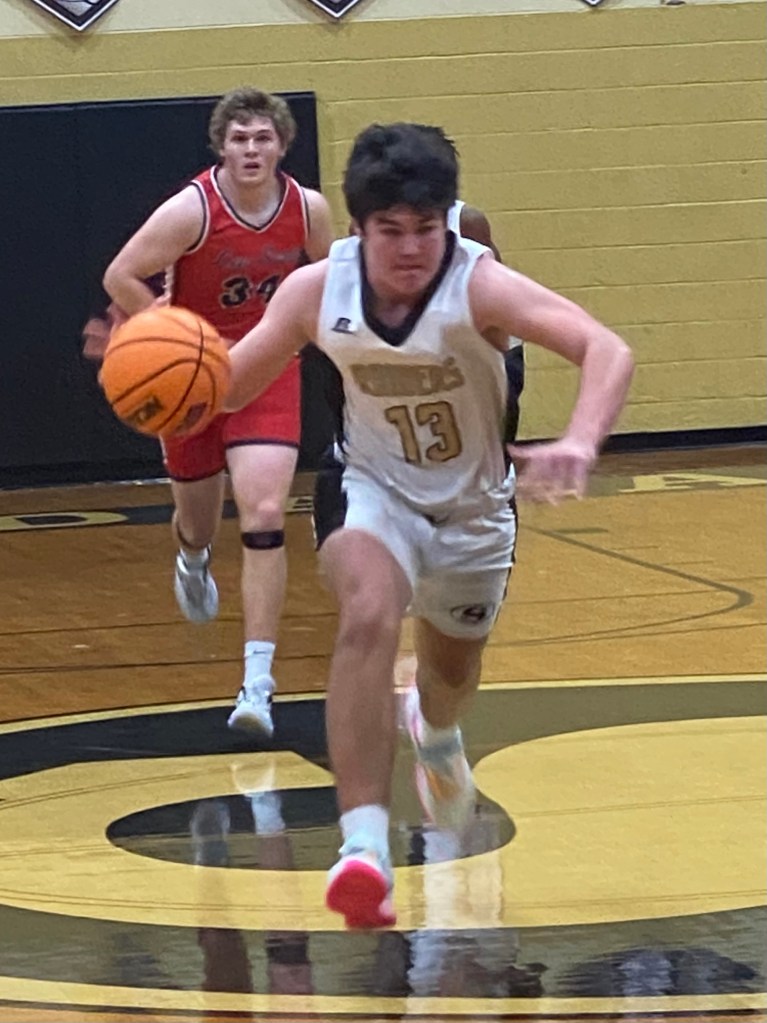 AMERICUS – With 11.7 seconds to go, the Southland Academy Raiders (SAR) were trailing Lee-Scott Academy (LSA) 58-55 and were hoping for a game tying-three pointer to send the game into overtime. However, SAR senior forward Carlos Tyson’s attempt with about six seconds left and his attempt at the horn both glanced off the rim and the Raiders suffered their second straight defeat; a 58-55 loss to the visitors from Auburn, AL on Monday, December 19 at the Melvin Kinslow Gymnasium.

The loss now puts the Raiders at 5-2 on the season and they have a game with another Alabama school on Tuesday, December 20 when they host the Lakeside School from Eufala, AL.

“It didn’t come out the way that I wanted, but at the same time, we fought. That’s a good team over there. They are well coached,” SAR Head Coach Kevin Douglas said. “Their play inside caused us a few problems.” Douglas went on to say that sophomore forward Michael Terry is still healing from an injury sustained in the Raiders’ game at Marion County on Saturday, December 10, though he did compete against the Warriors at less than 100 percent. Nevertheless, Douglas did not make excuses. “We had a chance to tie the game up. We had two good looks. We just missed them,” Douglas said. “That’s just basketball. That’s just how it goes and sometimes the better team, or the good team doesn’t win them all. We’ve got another one tomorrow so, you know, we can’t hold our heads down about this one. We’ve got to come out and be ready to go tomorrow.” 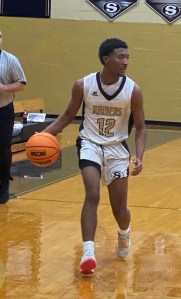 The Raiders fell behind early 6-0 as they were struggling with the full-court press of the Warriors, prompting Douglas to call a timeout with 5:15 left in the first quarter. Out of the timeout, SAR continued to struggle, but eventually got on the board when Tyson hit a jumper from the right side, cutting the LSA lead to 8-2.

The basket by Tyson sparked a 4-0 run by the Raiders, which was capped off by a fast break layup from Usher, but LSA responded with a 9-4 run and took a 17-10 lead by the end of the first quarter. 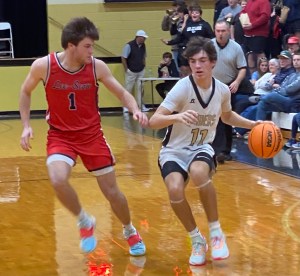 With 6:49 to go in the second quarter, Tyson electrified the crowd by driving the baseline and finishing off a one-handed dunk for SAR’s first basket of the quarter.

Over the next couple of minutes, both teams battled fiercely, but both teams were struggling offensively. However, with about 3:45 to go before halftime, Exley drilled a three-pointer to bring the Raiders to within three at 20-17.

Over the final three minutes of the first half, both teams traded baskets and by halftime, the Raiders only trailed 28-27.

The Warriors went on a 6-2 run to start the second half before Exley drained a three pointer to bring the Raiders to within three at 35-32. However, over the remaining minutes of the third quarter, LSA outscored SAR 11-4 and on at least two occasions, the Warriors forced the Raiders into committing offensive fouls, as SAR players would drive to the basket, but would be whistled for charging.

Nevertheless, the Raiders continued to fight and drew within six points at 48-42 on a three-pointer by Usher early in the fourth quarter. About a minute later, Cedric Smith got SAR within four on a fast break layup and the Raiders were climbing their way back in it. 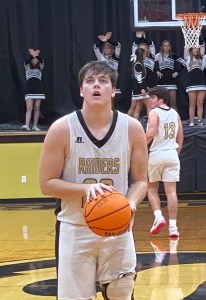 Over the next couple of minutes, however, the Warriors went on a 6-2 run before Michael Terry was fouled while driving to the basket with 2:47 to play. Terry made the first foul shot before Douglas called a timeout, but missed the second one, making the score 54-47 n favor of LSA.

Over the final two minutes of the contest, SAR made a bid for a come-from-behind victory and got to within four at 56-52 on a three-pointer from Usher with 1:07 to play. Then with about 30 seconds left, Usher drilled another three-pointer and the Raiders were within a point at 56-55.

LSA tried to run out the clock on it’s next possession before the Raiders fouled Haiden Harper with 12 seconds left, being that they had a foul to give. They then fouled Harper again with 11.7 seconds left and he made both foul shots before timeout was called. The Raiders had exactly 11.7 seconds left to tie the game and send it into overtime.

Out of the timeout, SAR advanced the ball up the court and Tyson had a chance to tie the game on a three-pointer from the top of the key, but his shot was missed and the Warriors got the rebound. SAR would shortly thereafter have another chance to tie the game, but as the buzzer sounded to end the game, Tyson’s second attempt glanced off the rim and the Raiders suffered their second straight loss of the season.

Harper led LSA (11-0) with 13 points and Alex Cash had eight points for the Warriors in the winning cause.

The Raiders (5-2) will hit the Melvin Kinslow Gymnasium hardwood again on Tuesday, December 20 for a game against the Chiefs of the Lakeside School from Eufala, AL. In the first meeting between these two teams in Eufala on Monday, December 12, the Raiders won in an 80-25 rout. Tip off for Tuesday’s game is set for 5:45 p.m.