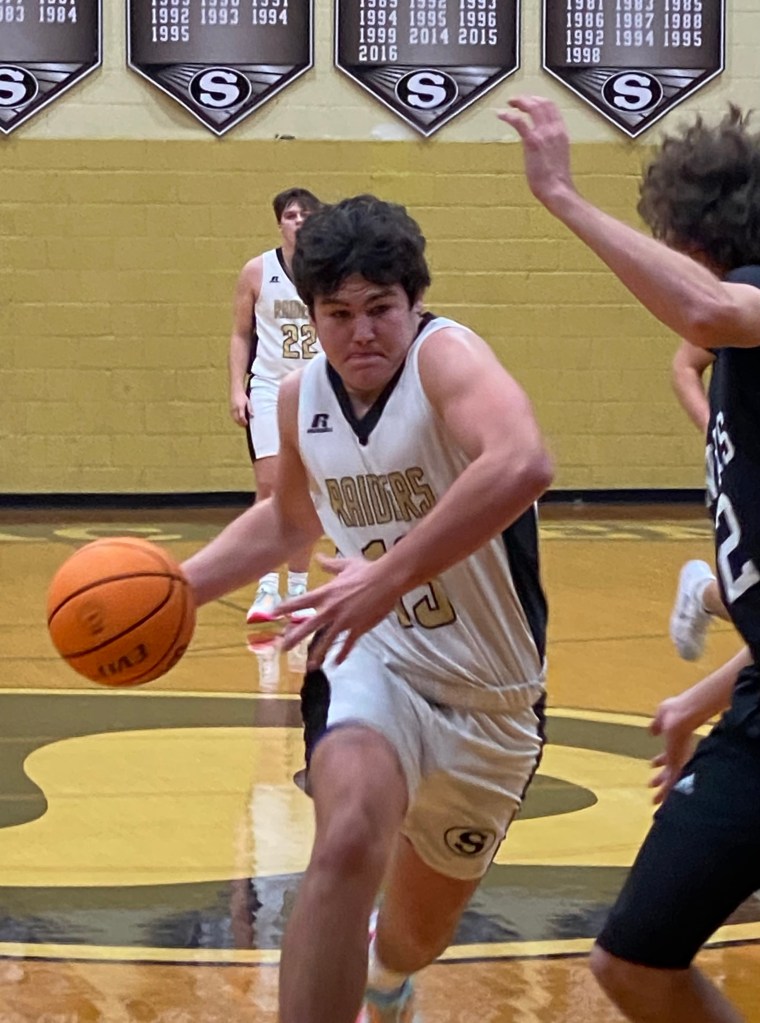 AMERICUS – The Southland Academy Raiders (SAR) improved to 5-0 on Friday with a 67-52 victory at home over Westfield (WS), but suffered their first loss of the season on Saturday, December 17 when they lost a hard-fought game to the Brookstone Cougars (BKS) by the score of 51-48 in Columbus.

In their game against WS on Friday, December 16, the Raiders jumped out to a 7-2 lead in the first quarter and capped off that run with a three-pointer from Usher. However, the Hornets responded with an 11-7 run of their own and the Raiders only led 14-13 by the quarter’s end.

The Hornets would take a 16-14 lead shortly thereafter on a three-pointer from Hunter Kirkley, but a couple of minutes later, Cedric Smith jumped in front of a pass and went coast to coast for a layup, tying the game at 19-19.

However, over the next few minutes, the Raiders re-established control of the game by going on a 12-4 run before WS called timeout with 2:22 to go before halftime.

Out of the timeout, the Hornets struggled from the field and this allowed SAR to build on its lead, as Banks Simmons scored on a fast–break layup to give the Raiders a 33-23 lead. Shortly thereafter, Usher would hit another three-pointer and the Raiders would go into halftime leading 36-25.

Exley scored 14 of his game total of 18 points in the first half to lead SAR in first half scoring.

The Hornets went on a 5-2 run in the early minutes the second half. During this period of the game, the Raiders were struggling to score and were turning the ball over. This prompted SAR Head Coach Kevin Douglas to call a timeout with 4:24 to go in the third quarter with SAR leading 38-32. 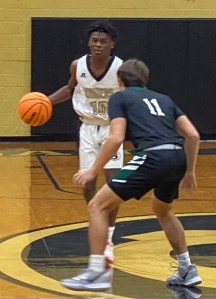 Over the next couple of minutes, both teams struggled offensively, but Brody McDaniel was able to drain a three-pointer from the top of the key to bring the Hornets to within five at 40-35 with a little less than two minutes to play in the third quarter. Fortunately for SAR, Exley was able to drill a three-pointer and William Easterlin followed with a three-pointer of his own shortly thereafter. With one more quarter to play, the Raiders had a 46-39 lead.

Over the first three minutes of the fourth quarter, both teams were struggling offensively, but the Hornets drew within eight at 50-42 on a three-pointer by McDaniel.

Over the next couple of minutes, both teams traded baskets, but with 2:33 to go in the game, Exley drove to the basket, scored and was fouled. However, a technical foul was called against the Hornets. Banks Simmons missed both technical foul shots, but Exley was able to make his free throw to convert the three-point play.

With less than a minute to play, the Hornets went to a full-court press in hopes of forcing turnovers and pulling out a last minute come-from-behind victory, but the Raiders were able to handle that press and salted away their 67-52 victory.

McDaniel led all scorers with 23 points in the losing cause for the Hornets.

On Saturday, December 17, the scene shifted to the Brookstone School in Columbus, where Douglas coached before he came to Southland Academy. In that game, the Raiders fought extremely hard, but fell to the Cougars 51-48 for their first loss of the season. Exley led the Raiders in scoring with 13 points, sophomore forward Michael Terry poured in 12 points, Usher chipped in 11 and Cedric Smith had 10 in the losing cause.