Nilsen has career performance in Hurricanes’ win over MGS 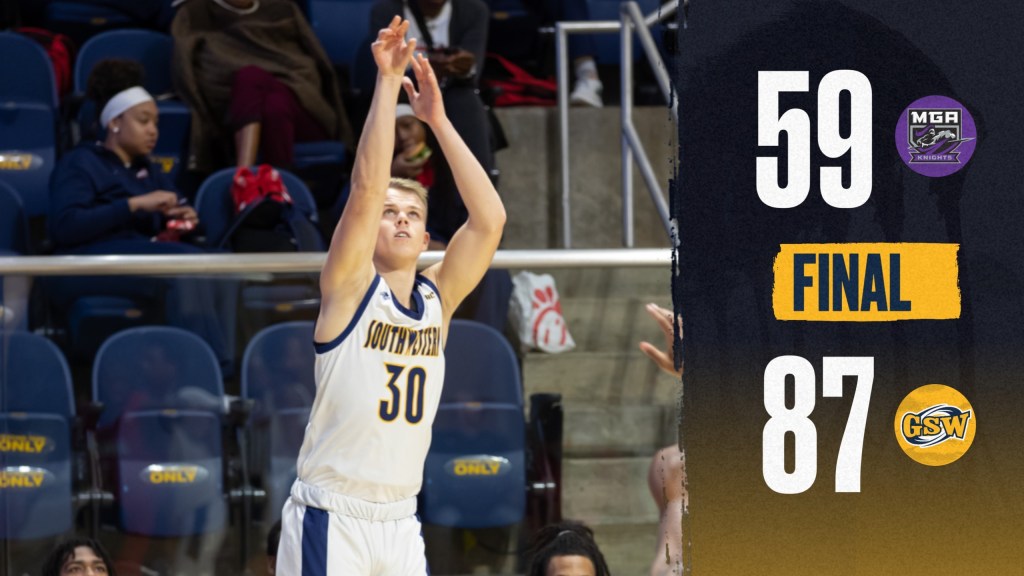 GSW sophomore guard Lars Nilsen had the best performance of his college career so far by scoring 26 points in the Hurricanes’ win over Middle Georgia State. Photo by GSW Athletics

AMERICUS – Georgia Southwestern State University (GSW) sophomore guard Lars Nilsen turned in the best performance of his college career so far when he scored 26 points on 8-11 shooting to lead GSW to an 87-59 victory over Middle Georgia State College Friday night, December 30 at the Storm Dome.

In addition to Nielsen’s performance, junior forward Jerroda Briscoe turned in a double double with 14 points and 10 rebounds and junior guard Phillip Burwell poured in 12 points on the night.

The win puts GSW at 6-4 overall on the season and 0-2 in the Peach Belt Conference (PBC).
The Hurricanes will step back into PBC play when they host the University of North Georgia on Wednesday, January 4 at 7:30 p.m.