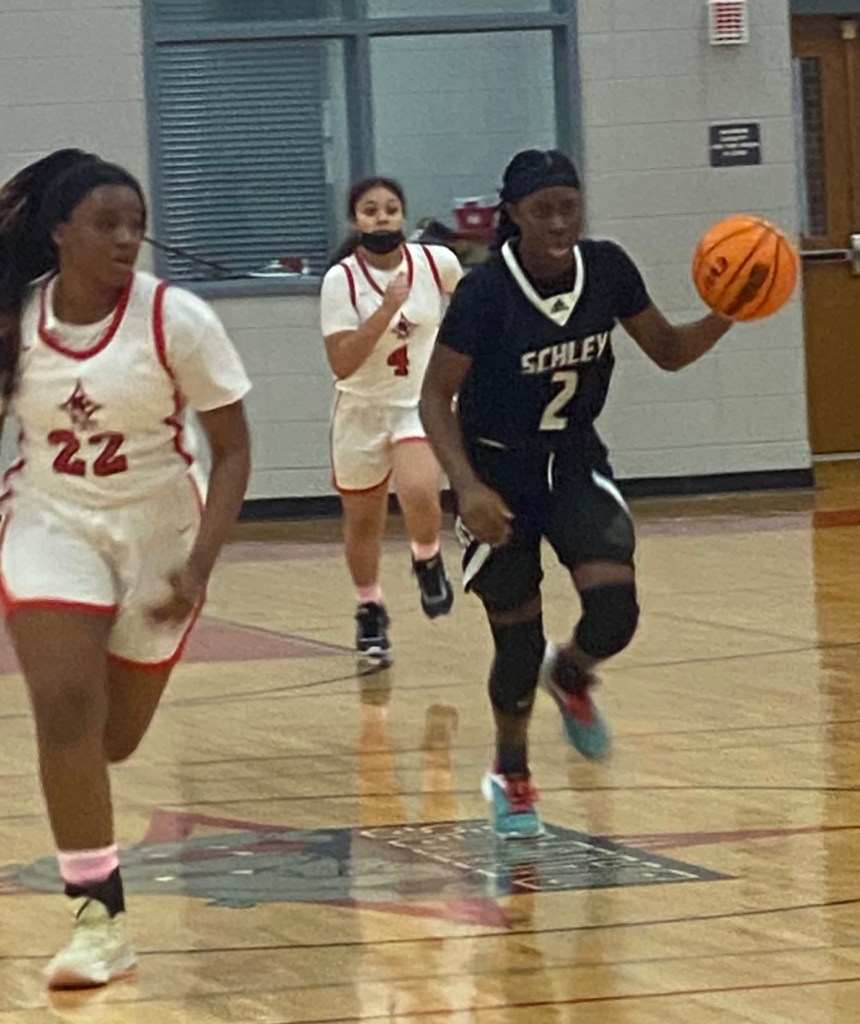 MONTEZUMA – The Schley County Varsity Girls’ Basketball Team (SCHS) was hoping to begin 2023 on a positive note by keeping their record unblemished with a win at region opponent Macon County (MC) on Tuesday, January 3. However, though the Lady Wildcats scrapped and fought extremely hard and had a chance to tie the game at the buzzer, Jesstynie Scott’s three-point attempt at the horn fell short and SCHS suffered its first loss of the season; a 51-48 defeat at the hands of the Lady Bulldogs.

The loss puts the Lady Wildcats at 5-1 overall on the season and they are 3-1 in the Class A D 2 Region 6 standings.

“Give Macon County credit for playing hard and sticking to their game plan,” SCHS Head Coach Brent Moore said. “We made too many early mistakes that put ourselves in a hole. We fought hard to get back into the game, but could never make the play to tie it up.”

Scott led SCHS in scoring with 17 points and both Daneria Thornton and Emma Walker each scored 10 points in the losing cause. 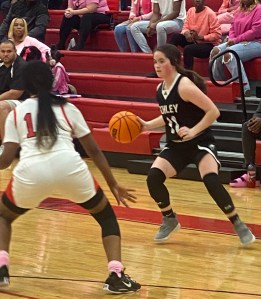 The Lady Bulldogs asserted themselves in the first half by jumping out to a 24-15 lead and they went into halftime with a 31-20 lead over the Lady Wildcats.

SCHS had a difficult time in the first half adjusting to MC’s defensive pressure, both in the half court and with the full court press of the Lady Bulldogs. As a result, the Lady Wildcats struggled at times with turnovers and getting shots to fall.

In the early minutes of the second half, the Lady Wildcats came alive by scoring four straight points to cut their deficit to 31-24 and would later get to within five at 33-28 on a fast break layup from Emma Walker. Throughout much of the third quarter, MC was playing a slow, methodical offense, but was struggling to score from the field. This enabled the Lady Wildcats to crawl back into the game and with 1:10 to go in the third, Emma Walker drained a jumper to bring SCHS to within two at 35-33. 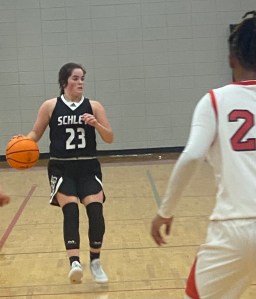 Momentum had clearly swung in favor of the Lady Wildcats, as they had gone on a 15-2 run. With just a few seconds left in the third quarter, the Lady Bulldogs responded with four straight points, but SCHS was back in the game, trailing 39-33 with one more quarter to play.

Over the first three minutes of the fourth quarter, both teams traded baskets, but the Lady Wildcats fell behind 49-38 on a three pointer from MC’s Towanna Cochran. Over the next few minutes, both teams continued to trade baskets, but with 1:19 left in the game, Emma Walker drilled a three-pointer, bringing the Lady Wildcats to within five at 51-46 and prompting a timeout from MC.

Out of the timeout, the Lady Bulldogs tried to run some clock, but SCHS forced a turnover and Scott was able to score on a layup to bring the Lady Wildcats to within three at 51-48. Scott was fouled on the play and had a chance to cut the deficit to two, but missed the foul shot. However, a lane violation was called against MC and Scott had another chance, but she missed that free throw as well.

In the closing seconds of the game, the Lady Bulldogs had the ball and SCHS was trying to foul, but MC turned the ball over, which allowed the Lady Wildcats one last chance to tie the game with a three-pointer with just a few seconds left. Unfortunately for SCHS, Scott’s desperation three-point attempt at the horn fell short and the Lady Wildcats suffered their first loss of the season to MC by the score of 51-48.

Deziya McClendon led the Lady Bulldogs in scoring with 16 points and Destiny Smith scored 12 for MC in the winning cause.

The Lady Wildcats will try to rebound from this setback when they host Taylor County on Friday, January 6 at 6 p.m.