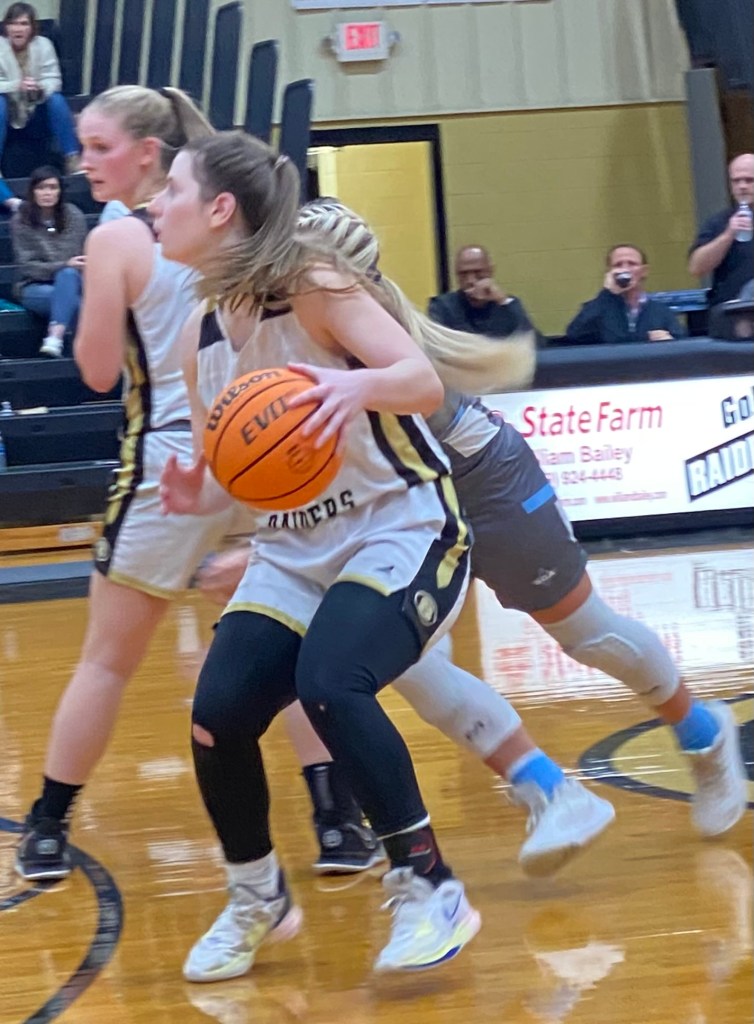 AMERICUS – The Southland Academy Lady Raiders (SAR) are off to won of their best starts in school history. Since the start of the 2022-23 season in November, SAR reeled off 11 straight victories and came into their January 5 contest at home against the Southwest Georgia Academy Lady Warriors (SGA) expecting to keep their record unblemished at 12-0. However, due to cold shooting and turnovers during key situations during the fourth quarter and in overtime, the Lady Raiders were handed their first defeat of the season; a 41-36 loss to the 8-5 SGA Lady Warriors at the Melvin Kinslow Gymnasium.

“It’s just one of those things. We just went cold at the wrong time, especially in that fourth quarter and they (SGA) started hitting their shots,” SAR Head Coach Eric Israel said. “We didn’t do anything much different than we always do. We just didn’t make the shots. And that was a big difference, but either way, we’re turning the page right now. We’re moving on to Valwood tomorrow. We’re leaving this one behind and we will be ready to go tomorrow.”

The Lady Raiders (11-1) were led in scoring by senior guard Riley Mitchell, who scored 15 points on the night. Senior point guard Morgan Weaver was also in double figures with 11 points and junior forward Mary Beth Easterlin chipped in eight points in the losing cause. 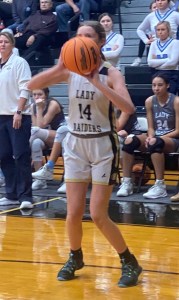 Both teams got off to a slow start in the first quarter, but the Lady Raiders were able to jump out to a 5-0 lead. It was a defensive struggle during the remaining minutes of the quarter and the Lady Warriors didn’t get their first points of the game until Devyn Bennett hit a jumper with a little less than three minutes to go.

While the Lady Raiders were playing their usual tenacious defense, they were also turning the ball over at times, which kept them from building a larger lead. However, as the horn was about to sound to end the first quarter, Mitchell drained a three-pointer to give SAR a 10-4 lead.

Two minutes into the second quarter, Morgan Weaver gave the Lady Raiders a 16-7 lead on a three-pointer, but SGA responded with four straight points to get to within five at 16-11. Over the next couple of minutes, both teams traded baskets, but after SAR gave up a basket to SGA on a wide-open layup, Israel called a timeout with 2:02 to go before halftime to get his team to regroup. At this point, the Lady Raiders had a 20-13 lead.

Out of the timeout, SAR took a 22-13 lead on a basket from Lauren Duke. The Lady Raiders had a chance to add to their lead on their last possession before the half, but Mitchell’s three-point attempt in the closing seconds fell short and SAR would have to settle for a 22-13 halftime lead.

Mitchell scored 11 of her game total of 15 points in the first half to lead SAR in first half scoring.

Over the final two minutes of the third quarter, both teams traded baskets, but SAR maintained a 32-23 lead with the fourth quarter still to come.

However, the Lady Warriors weren’t going away and they went on a 4-0 run to begin the fourth quarter, which prompted Israel to call a timeout with 5:40 to play.

Out of the timeout, SGA implemented a full court press, but the Lady Raiders were able to break it and got a much-needed basket from Mitchell and a 34-27 lead. 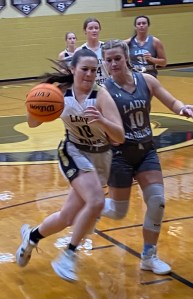 However, SGA stormed back with a 5-0 run of its own, which was capped off by a three-pointer from Blair Bennett With 3:12 to play. Shortly thereafter, the Lady Warriors tied the game at 34-34. With 2:54 to go, the Lady Raiders’ unbeaten streak was being severely tested.

With a little over two minutes to play, Mary Beth Easterlin gave SAR the lead again on a jumper, but on their next possession, the Lady Raiders took too long to get a shot off and the ball went over to SGA on a shot clock violation.

That scoreless possession proved to be costly, as the Lady Warriors were able to grab a few second-chance rebounds on their possession and they tied the game at 36-36 with 29.8 seconds left in the contest.

After timeout was called with 29.8 seconds, the Lady Raiders had the ball, but the inbounds pass to midcourt was intercepted by SGA. J.C. Bailey was able to get a steal for SAR and tried to score a layup. However, Bailey’s shot was missed and the Lady Warriors got the rebound with about 16 seconds left for a final shot to win the game.

Fortunately for the SAR, SGA was not able to get the game-winning shot to go and the game went into overtime with the score tied at 36-36.

The Lady Warriors took a 39-36 early in the overtime period on a three-pointer by Ella Ashley. Unfortunately for the Lady Raiders, they could not get their shots to fall on their next three possessions and were not able to grab any second-chance rebounds. With 34.5 seconds to play, Israel called a timeout to settle his team down, as they trailed 39-36 with their unbeaten streak hanging in the balance.

However, out of the timeout, SGA ended up scoring the clinching basket with about 15 seconds left and the Lady Raiders were not able to answer. As a result, SAR

‘s unbeaten streak ended with a 41-36 loss to the Lady Warriors.

SGA (8-5) was led in scoring by Devyn Bennett, who scored 10 points on the night. Abby Brunner chipped in eight points and both Ella Ashley and Blair Bennett each scored five points in the winning cause.

The Lady Raiders will try to rebound from their first set back of the season and resume their winning ways when they travel down to Valdosta on Friday, January 6 to take on the Lady Valiants of Valwood in their first Region 3-AAA contest of the season. Tip off is scheduled for 6:15 p.m.