Turnovers and cold shooting do in Lady Panthers against Fitzgerald 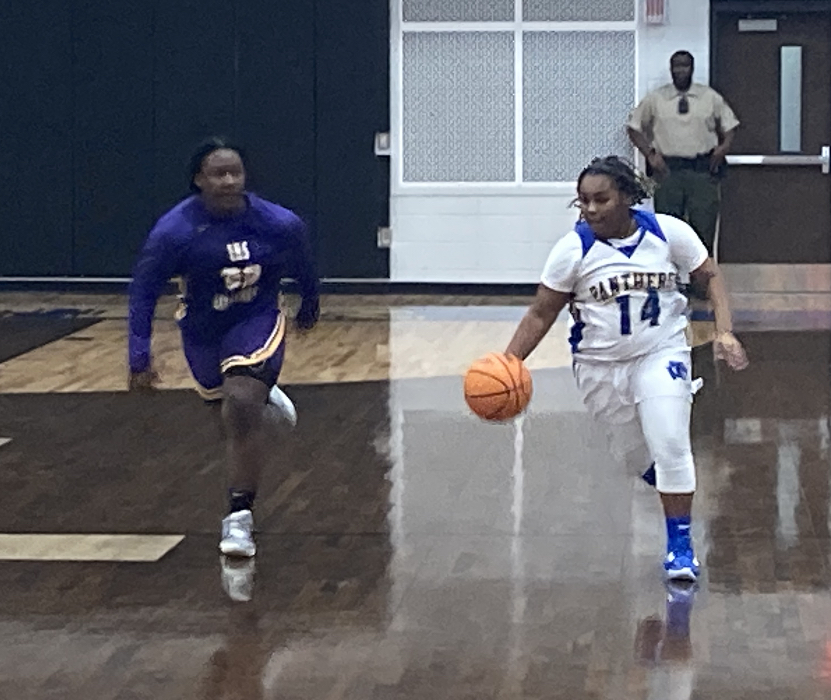 AMERICIUS – The Sumter County Lady Panthers (SCHS) never imagined that they would be winless on the season by January of 2023, but in spite of their valiant effort in every game they’ve played this season, they have still yet to come up with that elusive first win. On Thursday, January 5, SCHS once again attempted to earn that first win of the season when they faced the Lady Purple Hurricanes of Fitzgerald at the Panther Den, but unfortunately, the same issues that have plagued the Lady Panthers this season so far, turnovers and poor shooting, reared their ugly heads once again and led to a 52-36 loss to FHS.

The Lady Panthers are now 0-8 on the season and will try once again to earn their first win of the season when they take on the Lady Pirates of Pike County at home on Friday, January 6 at 6 p.m.

Jamiyah Edwards led the Lady Panthers in scoring with 10 points and Kamiyah Barron scored nine in the loss to FHS.

After their contest against Pike County on Friday, the Lady Panthers will play their third game of their three-day triple-header at home against Lee County on Saturday, January 7. Tip off for that game is scheduled for 6 p.m.