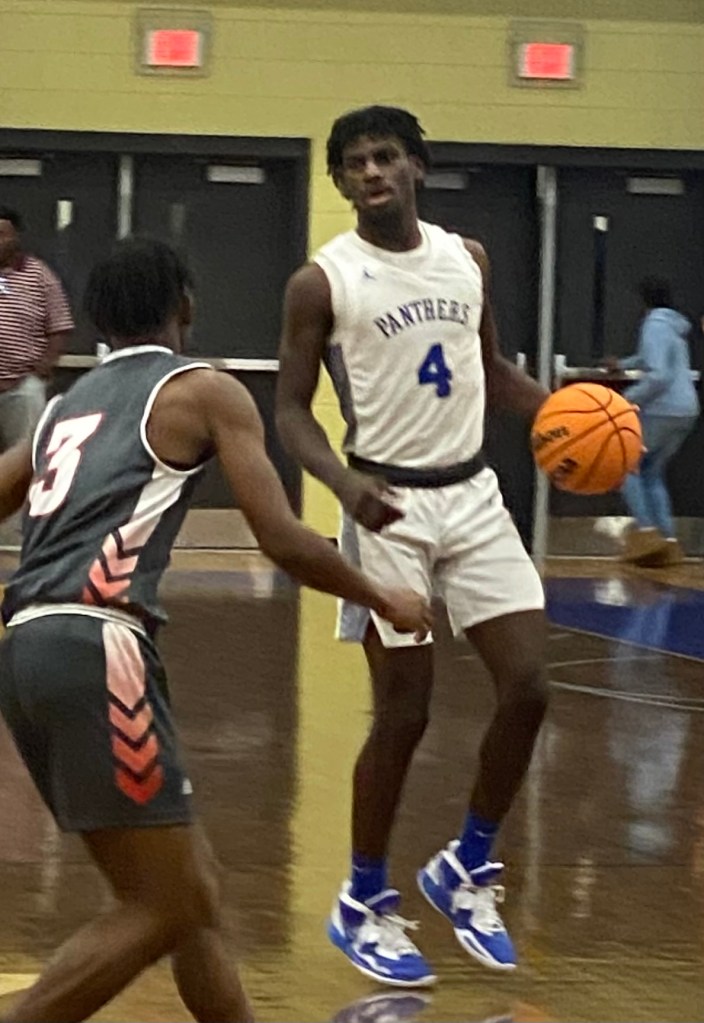 AMERICUS – Other than high school tournaments, it is very rare that a team will play three games in three days, but that is how the scheduled worked out for the Sumter County Varsity Boys’ Basketball Team (SCHS). However, the Panthers were up to the challenge. They defeated Fitzgerald 66-40 at the Panther Den on Thursday, January 5. The very next night, they went down to Adel, GA and defeated the Cook Hornets 71-50. Then on Saturday night, January 7, SCHS completed the trifecta by defeating Lee County 48-29 to go to 7-5 on the season and 2-0 in the Region 1-AA standings.

According to SCHS Head Coach Johnny Genwright, defense was the key in all three of the Panthers’ victories.

“Our defense has picked up. We’ve had great defensive intensity,” Genwright said. “I told my guys to have three games in a row and come back tonight playing a good, tough Lee County team, to hold them to 29 points was a good defensive effort. Right now, that’s what we are going off of. I told them that we are going to focus on defense. We focus on defense to make our offense go. Right now, we’re just working on chemistry and defense and getting the team to come together as a family and they did that tonight (Saturday against Lee County). They showed that,” Genwright continued.

In the 66-40 win over Fitzgerald, Cameron Evans scored 25 points to lead all scorers and Brandon Pope poured in 12. Devon Dowdell was also in double figures with 11 points.

In the 71-50 win over Cook in Adel on Friday, Evans led the Panthers with 15 points and Corey Wright chipped in 11 in the winning cause. Pope almost hit the double digit scoring mark, as he scored nine points, while Canaan Jackson, Anthony Tyson and D.J. Hurley each chipped in seven points. 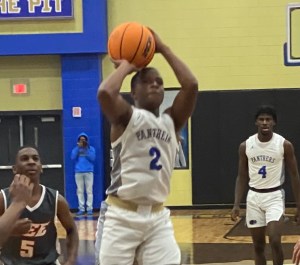 Then on Saturday, January 7, the Panthers returned to the Panther Den to face Lee County, a team they had lost to 71-53 a month ago in Leesburg. Thanks to another solid defensive effort, things ended up being different the second time around, as the Panthers held the Trojans under 35 points in a 48-29 victory.

D.J. Hurley led the way for SCHS with 17 points and Pope poured in 10. Cameron Evans scored six points and LaTravus Angry chipped in five points in the winning cause.

After a hard-fought first half, the Panthers had a 19-13 lead, with Hurley having led the SCHS first half attack with 13 of his game total of 17 points.

Early in the second half, the Panthers went on a n 8-4 run before the Trojans responded with four unanswered points to cut the SCHS lead to 27-21. This prompted Genwright to call a timeout with a little over three minutes left in the third quarter. 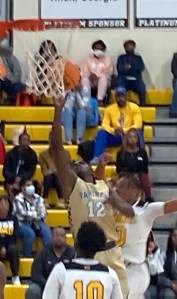 Out of the timeout, the Panthers regrouped and went on a 7-2 run that was capped off with a three-point play from LaTravus Angry. Pope then pushed the SCHS lead to 35-23 on a jumper and it appeared the Panthers were going to pull away, as they would go into the fourth quarter leading 36-23.

Over the first three minutes of the fourth quarter, the Panthers continued to control the game and went on a 6-2 run that was capped off by a basket from Pope.

For the remainder of the game, SCHS maintained its discipline on defense in the half court and limited the Trojans’ chances to score. As a result, the Panthers were able to maintain their double-digit lead and went on to defeat LCH 48-29.

SCHS will try to continue its winning streak when the Panthers step back into Region 1-AA play on Friday, January 13, when they travel down to Nashville, GA to take on the Berrien Rebels. Tip off is scheduled for 7:30 p.m.