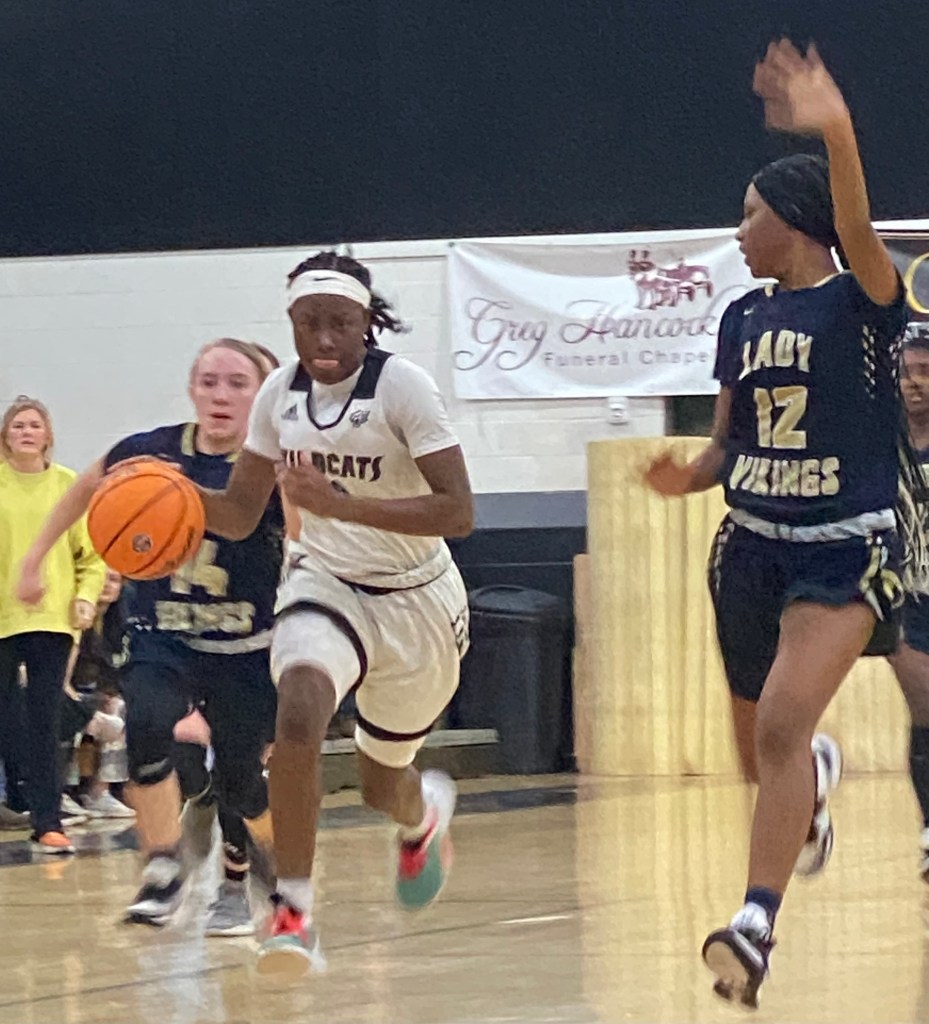 In addition to the outstanding performances of Scott and Emma Walker, sophomore center Kalli Bishop chipped in 11 points and both junior forward Daneria Thornton and junior guard Lily Walker each chipped in four points in the winning cause.

With the win, the Lady Wildcats improve to 6-1 overall on the season and are tied with Taylor County for first place in the Region 6A D2 standings at 4-1.

After a somewhat evenly-played first quarter, the Lady Wildcats trailed 15-12, but Scott and Emma Walker both exploded in the second quarter, combining for five three pointers and scoring a combined 21 points between the two of them. Scott and Walker helped the Lady Wildcats outscore TC 27-11 in the second quarter and by halftime, SCHS led the undefeated Lady Vikings 39-26.

That second quarter run by SCHS proved to be a key moment that led to victory for the Lady Wildcats, though the Lady Vikings did get to within three points in the closing seconds of the game.

In total, Scott scored 18 of her game high of 34 points in the first half to lead SCHS.

The Lady Vikings started the second half by scoring four straight points, but Scott erupted with six straight points of her own to give the Lady Wildcats a 45-30 lead.

TC made another 4-0 run to cut its deficit to 11, but Scott responded again with a jump shot from the top of the key with a defender in her face to give the Lady Wildcats a 47-34 lead. 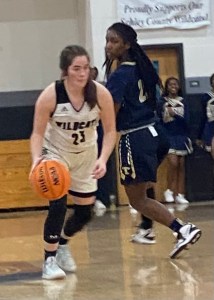 However, the Lady Vikings responded with another 5-2 run to trim their deficit to 49-39 and it prompted SCHS Head Coach Brent Moore to call a timeout with 2:49 to go in the third quarter.

Out of the timeout, the Lady Wildcats responded with a three-pointer from Lily Walker, but TC was not going away. The Lady Vikings went on another run and would later cut the SCHS lead to 54-49. However, the Lady Wildcats had an answer and it came in the form of Daneria Thornton, who scored just before the third quarter ended to give the Lady Wildcats a 56-49 lead with one more stanza to play.

SCHS began the fourth quarter by going on a 6-0 run that was capped off with another basket from Scott. The Lady Wildcats were using their strong half court defense to slow down the TC offense and it was working, as they had a 62-49 lead with 5:56 to go in the game.

After timeout was called with 5:56 to go, the Lady Vikings went on a 6-2 run before Moore called a timeout with 4:02 remaining, but the Lady Wildcats regrouped and, for a little while, were able to withstand the scoring attack of the Lady Vikings.

However, with a little more than a minute to play, TC turned up its defensive pressure and created points off turnovers, trimming the SCHS lead to 66-63. 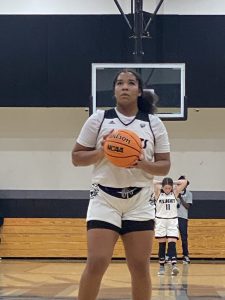 Then with 18.1 seconds left, Scott was fouled and went to the foul line for a one-and one, but missed the free throw. Fortunately for the Lady Wildcats, they fought for the loose ball and it went off a TC player with 12.7 seconds left.

For the next six seconds, Scott dribbled around before being fouled with 6.1 seconds left. She again went to the foul line to shoot a one-and-one, but this time, she hit both free throws to give the Lady Wildcats the 68-63 victory.