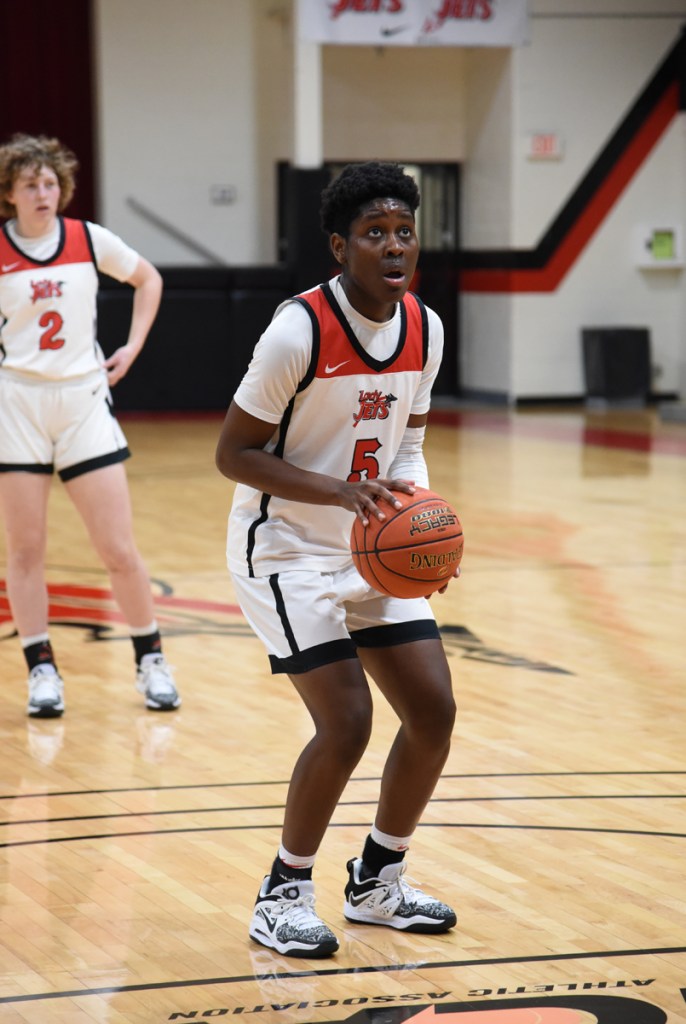 South Georgia Tech sophomore small forward Alexia Dizeko (#5) was the top scorer for the Lady Jets with 20 points against Georgia Highlands in a conference match-up. Photo by SGTC Athletics

The Lady Jets have won 18 consecutive games and are currently 18 – 1 overall this season and 7 – 0 in the GCAA, which is the best in the league.  Georgia Highlands dropped to 4th place in the GCAA with a 1 – 4 and 5 – 13 overall ranking.

South Georgia Tech jumped out to a commanding lead over former Lady Jets head coach Brandon Harrell, who is the head coach at Georgia Highlands.  The Lady Jets were up 27 – 16 at the end of the first quarter and stretched that to 48 – 21 at the half before winning 79 – 46.

Sophomore forward Alexia Dizeko, 5’ 11” from Switzerland, was the top scorer for the Lady Jets with 20 points, five rebounds, five assists and two steals.  She was joined in double figures by sophomore Fanta Gassama, who scored 15 points and had seven rebounds and three assists.  Sophomore Luana Leite was the only other Lady Jet in double digits with 10 points.  She had a rebound and three assists.

The other scoring by the Lady Jets was spread out.  Maeve Fotsa Fofou and Veronika Palfi both came off the bench and tossed in six points, Loes Rozing added five and Da’Nae Williams scored four points.  Camryn James, Laurie Calixte, and Susanna Yepes each had three points in that game and Vera Gunnaydin and Mame Thiaw closed out the scoring with two points each.

The Jets will travel to Waycross to play South Georgia State College at 7 p.m. on January 12th and then return home on January 14th for a conference game against Southern Crescent Technical College at 3 p.m.