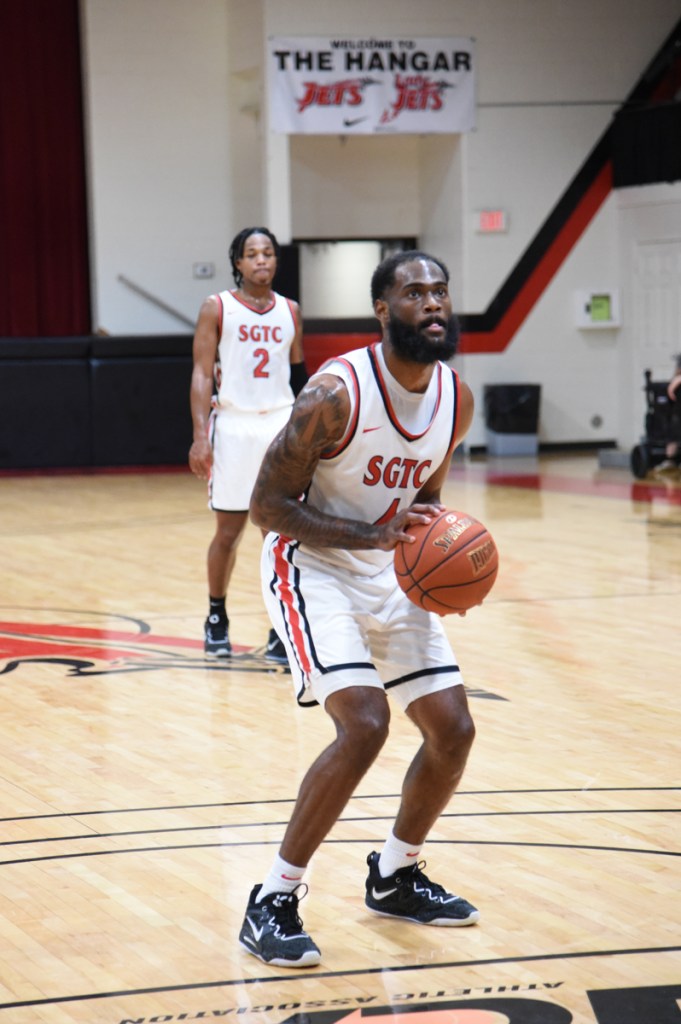 FT. MYERS, FL – The South Georgia Technical College Jets have played one of the toughest non-conference schedules this season and Jets head coach Chris Ballauer and his team are ready to see what they can do in the Georgia Collegiate Athletic Association (GCAA) conference play which gets underway in Waycross against South Georgia State College on Thursday, January 12th at 7 p.m.

The Jets dropped their eighth consecutive loss in a 68 – 59 match-up with State College of Florida Manatee-Sarasota in the Florida Southwestern Classic in Ft. Myers.  “We should have won that game but we were down two starters and we just ran out of gas in the second half,” said Ballauer.  “I am excited to begin conference play.  We have played a brutal nonconference schedule that should have helped us be ready to compete for another championship this season.”

The Jets won the GCAA end of the season tournament last season with an 87 – 84 overtime win over Georgia Highlands in Rome and earned the right to advance to the National Junior College Athletic Association (NJCAA) tournament in Hutchinson, Kansas, as the NJCAA Southeast District Champions from Region XVII.

The GCAA has picked the Jets as the pre-season favorite to win the conference again this season but the Jets have struggled in the non-conference portion of the season and are currently 3 – 10 going into their first conference game against South Georgia State which is 10 – 3.

In the matchup with State College of Florida Manatee-Sarasota, the Jets only fielded seven players.  Two starters missed the game.  Even being short-handed, the Jets were only down five at the end of the first half, 32 – 27.  They came back in the second half but ran out of steam and ended the game with a 68 – 59 loss.

Sophomore transfer Aaron Pitts was the top scorer for the Jets in that game with 17 points, 10 rebounds, six assists and three steals.  Sophomore starter Nathan Wilson also scored in double digits.  He had 12 points, 16, rebounds, one assist and two steals in addition to a blocked shot.  Freshman Justin Evans came off the bench to close out the double-digit scoring with 10 points.  He also had three rebounds and two steals.