After a slow start, Raiders come alive to dominate Brookwood 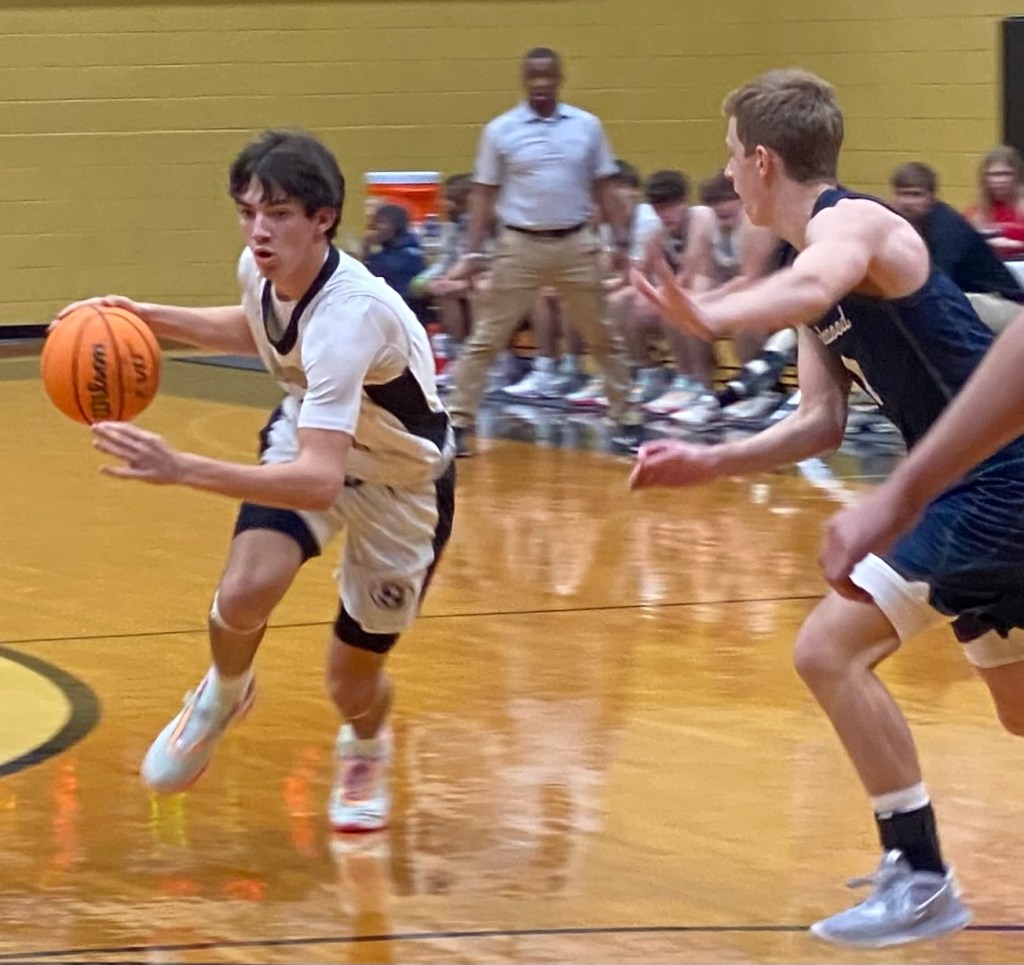 AMERICUS – The Southland Academy Raiders got off to a slow start against the Brookwood Warriors (BKS), but thanks to an 8-0 run by the Raiders late in the first half and a 7-2 run in the fourth quarter, SAR was able to take control of the contest and went on to beat BKS 55-40 on Friday, January 13 at the Melvin Kinslow Gymnasium.

The Raiders, who have now won five straight games, are 11-3 overall and are 3-0 in the GIAA Region 3-AAA standings.

SAR Head Coach Kevin Douglas praised the excitement and the intensity of the crowd at Friday night’s game, especially that of the student section.

“Our student section, the Bone Zone is what they call it and I love it,” Douglas said. “Our fans, our supporters, our parents, the entire Southland community, man I love them. They were out. They were supporting us and they never gave up on us. 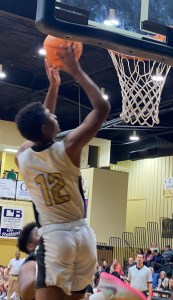 We started out slow. We started out slow and missed a lot of layups…missed a lot of layups. You know, we normally hit six or seven three-pointers a game. We weren’t shooting the ball well. We had a five point lead at halftime, but we had a talk and made some adjustments at halftime and we came back out and we finished the job,” Douglas continued. He went on to say that as far as defense was concerned, this game was the best defensively played game that his club has had all season. “It’s going to carry us further than where we are right now,” Douglas said.

Four Raiders scored in double figures. Luke Exley led all scorers with 13 points and both Cedric Smith and Carlos Tyson poured in 11 points. Perry Usher was also in double figures with 10 points and Banks Simmons chipped in nine points in the winning cause. 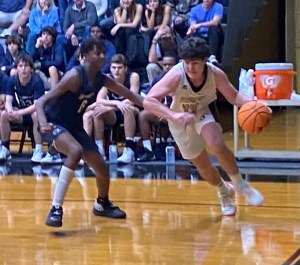 The Warriors capped off a 15-8 run to start the game with a three-pointer from Chris May. As the first half continued, the Raiders continued to struggle offensively, but were able to cut their deficit to 18-14 on two made free throws from Usher with 4:54 to go before halftime. Then with a little over four minutes to play, the Raiders capped off a 4-1 run with a steal and fast break basket by Tyson, bringing SAR to within one at 19-18.

Shortly thereafter, the Raiders took the lead on a basket from Exley and that would be the beginning of an 8-0 run by SAR. As a result, the Raiders had a 26-21 lead at the half.

The Raiders struck right away to begin the third quarter, as Smith drilled a three-pointer to give SAR a 29-21 lead. The Warriors had chances to cut into that lead, but committed three straight turnovers. SAR took advantage when Usher drilled a three-pointer to give the Raiders a 32-21 lead at the 5:16 mark of the third quarter. 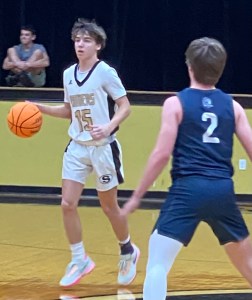 During this period of the game, SAR ratcheted up its defensive pressure and continued to force turnovers. However, the Raiders went through a scoring drought over the next few minutes and it allowed the Warriors to crawl back into the game, as Jordyn Jean drained a three-pointer to cut the BKS deficit to 32-26.

The Raiders responded with a basket from Simmons and a slam-dunk from Tyson, but BKS forward Kaden Giles hit a three-pointer off the backboard as the horn sounded to end the third quarter, keeping the Warriors within striking distance at 34-29.

However, that would be as close as BKS would get the rest of the way. Over the first three minutes of the fourth quarter, the Raiders capped off a 7-2 run with a three-pointer from Tyson and SAR had a 41-31 lead. From that point until the end of the contest, it was all SAR, as the Raiders reeled off nine straight points to take a 50-31 lead and would go on to defeat the Warriors 55-40. 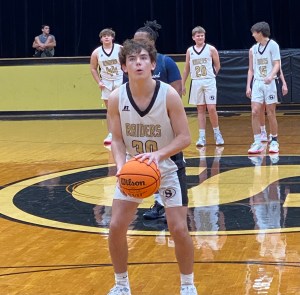 Southland Academy’s Turner Simmons made one free throw in the Raiders’ 55-40 victory over Brookwood.
Photo by Ken Gustafson

Both Chris May and Walker Jackson led the Warriors in scoring with seven points each and William Harrell chipped in six for BKS in the losing cause. The loss puts the Warriors at 13-4 overall and 2-1 in the GIAA Region 3-AAA standings.

The Raiders will try to extend their winning streak to six games when they host the Glenwood Gators from Smiths Station, AL on Saturday, January 14 at 3:45 p.m. In their previous meeting against the Gators at the Border Wars Tournament at Glenwood back in December, the Raiders won 51-39.