Lady Raiders improve to 14-1 with win over Brookwood 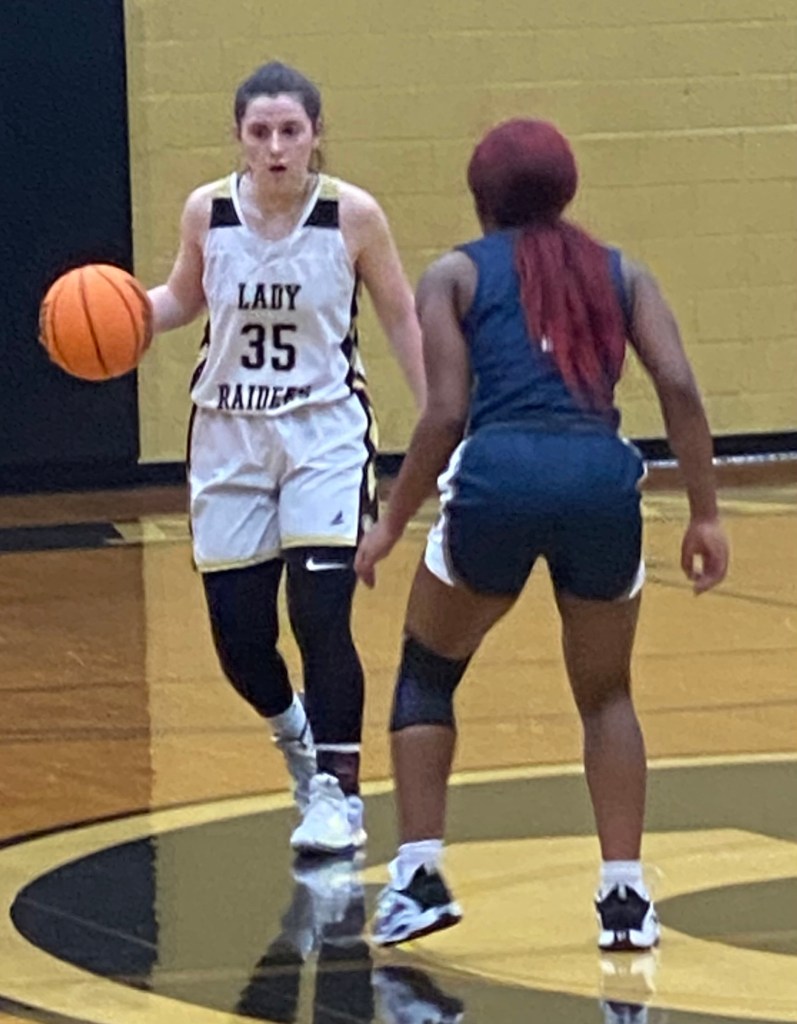 AMERICUS – It was another day at the office for the Southland Academy Varsity Girls Basketball Team (SAR). The Lady Raiders, as they always do, used their solid defensive play to create their offense. This was especially important against the Brookwood Lady Warriors, who shoot the ball well from beyond the arc.

SAR was able to jump out to a 17-9 lead in the first quarter and the Lady Raiders continued to dominate from then on out on their way to a 46-21 victory over the Lady Warriors on Friday, January 13 at the Melvin Kinslow Gymnasium on the Southland Academy campus.

“It always starts with our defense,” SAR Head Coach Eric Israel said. “I thought we did a great job pushing them out just a little bit, fronting the post and really just getting out on their three-point shooters. Brookwood is a really good team, a really well-coached team, so we knew we had to bring our best defensive effort tonight.” 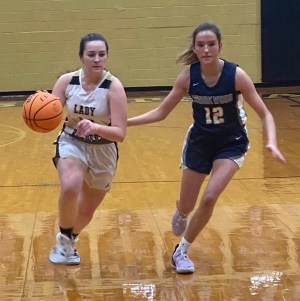 The Lady Raiders took control of the game from the start and jumped out to a 17-9 lead. As the first half continued, SAR continued to limit the Lady Warriors’ chances to score and went on a 17-2 run that was capped off by a four-point play from J.C. Bailey. Bailey drained a three-pointer, but was fouled on the play and made the foul shot to give the Lady Raiders a 28-11 lead. Abigail Squires ended the BKS scoring drought by hitting two free throws, but Weaver struck with a three-pointer a few seconds before the horn sounded to give the Lady Raiders a 32-13 lead at the half.

Mitchell scored 11 of her game total of 16 points to lead SAR in first half scoring.

In the third quarter, the Lady Raiders picked up where they left off and continued to dominate BKS on both ends of the floor. The Lady Warriors continued to struggle scoring and as a result, SAR was able to outscore BKS 8-4 to take a 40-17 by the end of the quarter. 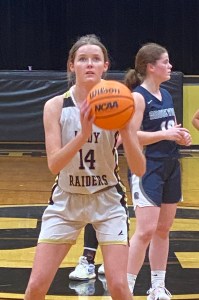 Over the final eight minutes, the large lead allowed Israel to give his younger players some valuable playing experience. These players continued to maintain the sizeable lead for SAR and the Lady Raiders would go on to defeat BKS 46-21.

Maddie Duncan led the Lady Warriors in scoring with eight points and Carriyona Williams chipped in four in the losing cause. With the loss, BKS falls to 11-7 overall on the season and 0-3 in the GIAA Region 3-AAA standings. 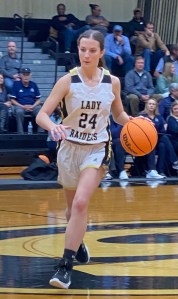 The Lady Raiders will try to continue their winning ways when they host Glenwood from Smiths Station, AL on Saturday, January 14 at 2:15 p.m.