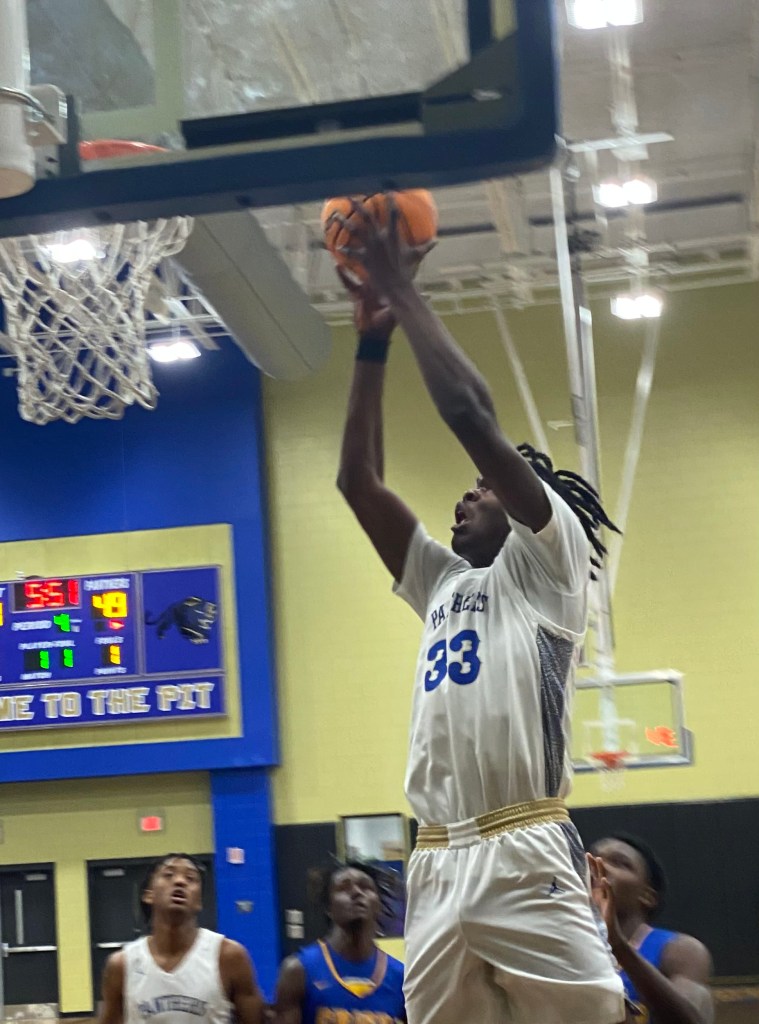 Sumter County senior forward Canaan Jackson finishes off a pass from D.J. Hurley with a slam dunk in the Panthers’ win over Crisp County. Photo by Ken Gustafson

AMERICUS – It got nervously close for the Sumter County Panthers (SCHS) and their fans in the Panther Den near the end, as SCHS blew a double digit lead against Crisp County (CC) late in the game. However, thanks to some clutch foil shooting down the stretch by SCHS senior point guard D. J. Hurley, the Panthers (10-5) secured their seventh straight victory with a 64-58 win over their archrivals from Cordele in basketball’s version of the “Battle of the Flint”.

“It was a good, hard fought game. Crisp County is a great team,” SCHS Head Coach Johnny Genwright said. “We did have a lead, but we came out and made some mistakes. After I called time out, we were up by 10. We came out and missed some assignments. We just didn’t stay focused. We kind of relaxed and I told my guys that we can’t have that in the tournament going down the stretch. We gave away turnovers and let them knock down threes and we fouled, so we’ e just got to fix that. We were not disciplined to finish the game, but my kids did fight hard amidst adversity and closed out the game.”
SCHS senior guard Brandon Pope led the Panthers’ attack with 25 points and senior guard Cameron Evans scored 15. Senior point guard D. J. Hurley scored eight points on the night, but all of them came in the fourth quarter in the form of free throws, which proved to be crucial down the stretch. 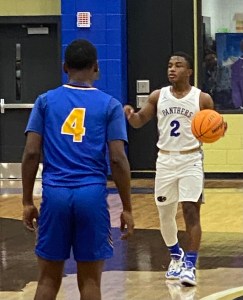 In the third quarter, SCHS continued to maintain its lead and went up by 10 at 45-35 when Canaan Jackson scored on a put back off a missed free throw at the buzzer.

Early in the fourth quarter, Jackson electrified the crowd when he caught an ally oop pass from Hurley and finished with a slam dunk. At that time, the Panthers had a double-digit lead. 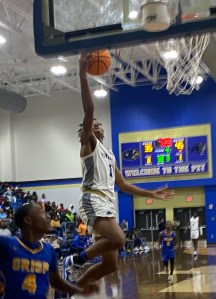 However, the Cougars had a response and were able to cut their deficit down to six at 53-47 on a three-pointer from Jamarion Chamblis. Over the final minutes of the game, CC continued to keep it close and only trailed the Panthers 58-53 with 49.5 seconds remaining in the game when timeout was called,

As the Panthers were trying to advance the ball up the court against the Cougars’ full-court press, Hurley was fouled, but missed the front end of a one and one. The Cougars took advantage on their next possession when Cayden Daniels got an offensive rebound, was fouled and made both free throws to cut the SCHS lead to 58-55.

On the Panthers’ next possession, Hurley was fouled again, but this time, he made both foul shots with 32 seconds left. However, SCHS made a mistake on defense by fouling CC’s Smoke Dwight in the act of shooting a three-pointer. Dwight made two of the three foul shots and the Panthers were clinging to a 60-57 lead with 27.3 seconds left.

With only two seconds coming off the clock, Hurley was fouled once again and made both free throws. However, Daniels was fouled with 20.6 seconds left, but could only make one of his two foul shots. 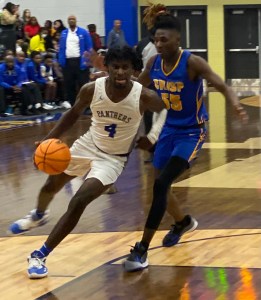 With 16.3 seconds left, Pope was fouled and had a chance to put the Panthers up by six, but missed both foul shots. Fortunately for SCHS, the Cougars’ three-point attempt fell short and Hurley, having been fouled after the rebound, made both foul shots with 5.1 seconds left to secure the 64-58 victory for SCHS.

Chamblis led all scorers with 29 points and Dwight scored 12 for the Cougars in the winning cause. With the loss, CC falls to 10-6 on the season.

SCHS will try for its eighth straight win when the Panthers travel down to Sylvester, GA on Tuesday, January 17 to take on the Rams of Worth County. Tip off is scheduled for 7:30 p.m.