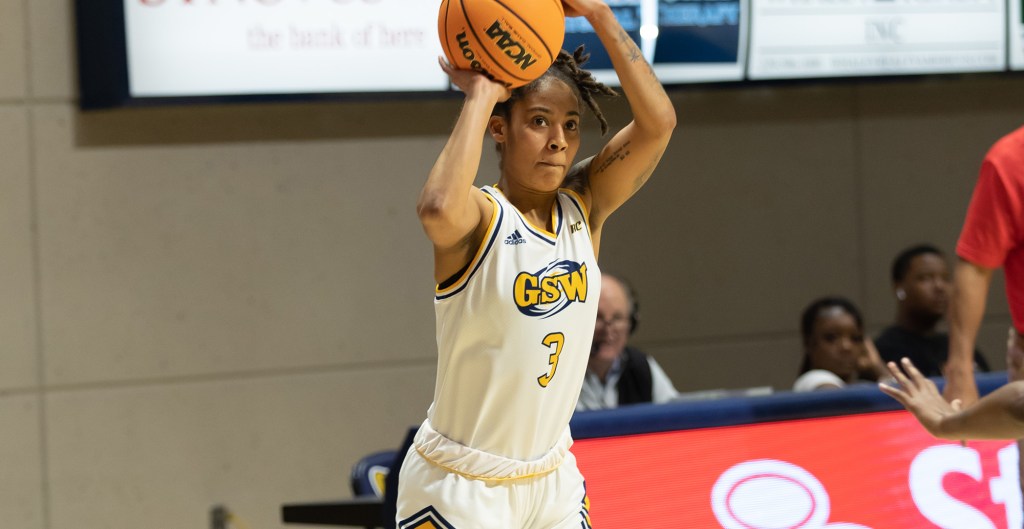 GSW senior guard Jacquelyn Levay led the Lady Hurricanes in scoring with 16 points in their 51-47 victory over Augusta University. Photo by GSW Athletics

GSW senior guard Jacquelyn Levay had a big game for the Lady Hurricanes, as she recorded a team-high 16 points while shooting 71 percent from the field. Levay was one of two Lady Hurricanes to finish in double figures in scoring. The other was senior guard Ava Jones, who scored 11 points.

GSW improved its record to 15-1 on the season and remains undefeated in Peach Belt Conference play at 7-0.

The Lady Hurricanes took the lead at the 5:01 mark of the first quarter and never lost it after that. GSW led by as much as 13 points at one time.

This was also the second straight game in which both Levay and Jones scored in double figures for the Lady Hurricanes.

Georgia Southwestern will be on the road to take on Lander University (6-10, 3-4 PBC) for the first half of their two-game season series. The Hurricanes have lost 13 in a row to the Lady Bearcats and hope to turn it around at Finis Horne Arena. The teams will tip off 1:30 p.m. on Saturday, January 21.