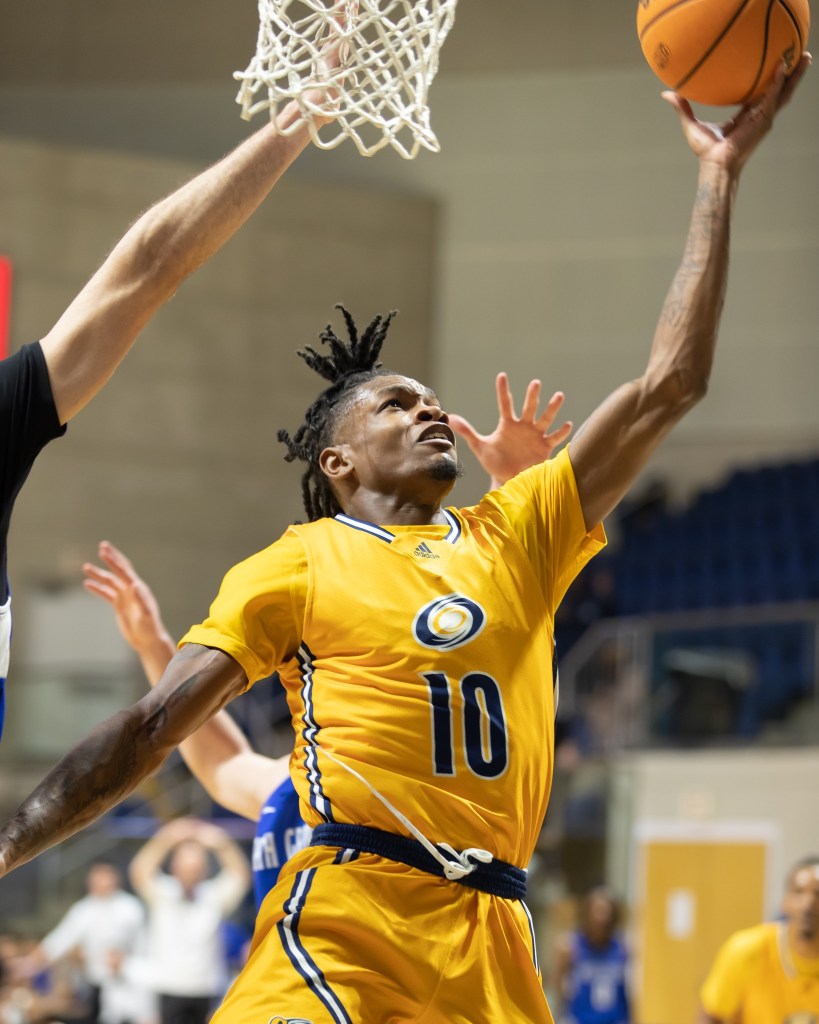 GSW sophomore forward Reggie Raynor (#10) led the Hurricanes with 18 points and eight rebounds in their 70-64 victory at Limestone University. Photo by GSW Athletics

In the Hurricanes’ loss at Lander, Devon Higgs had one of his best scoring outputs of the season, scoring 14 points and grabbing nine rebounds. Higgs was one of three GSW players that scored double-digits, as both Phillip Burwell and Jamari Dean each poured in 12 points.

In the win at Limestone on Sunday, January 22, both Burwell and Reggie Raynor had big games, as each recorded a team-high 18 points. They were both two of three Hurricanes to finish in double figures in scoring, along with Dean, who finished with 11 points.

The Hurricanes will try to build on their win over Limestone when they step back into PBC play on Wednesday, January 25 when they host Columbus State at the Storm Dome. Tip off is scheduled for 7:30 p.m.