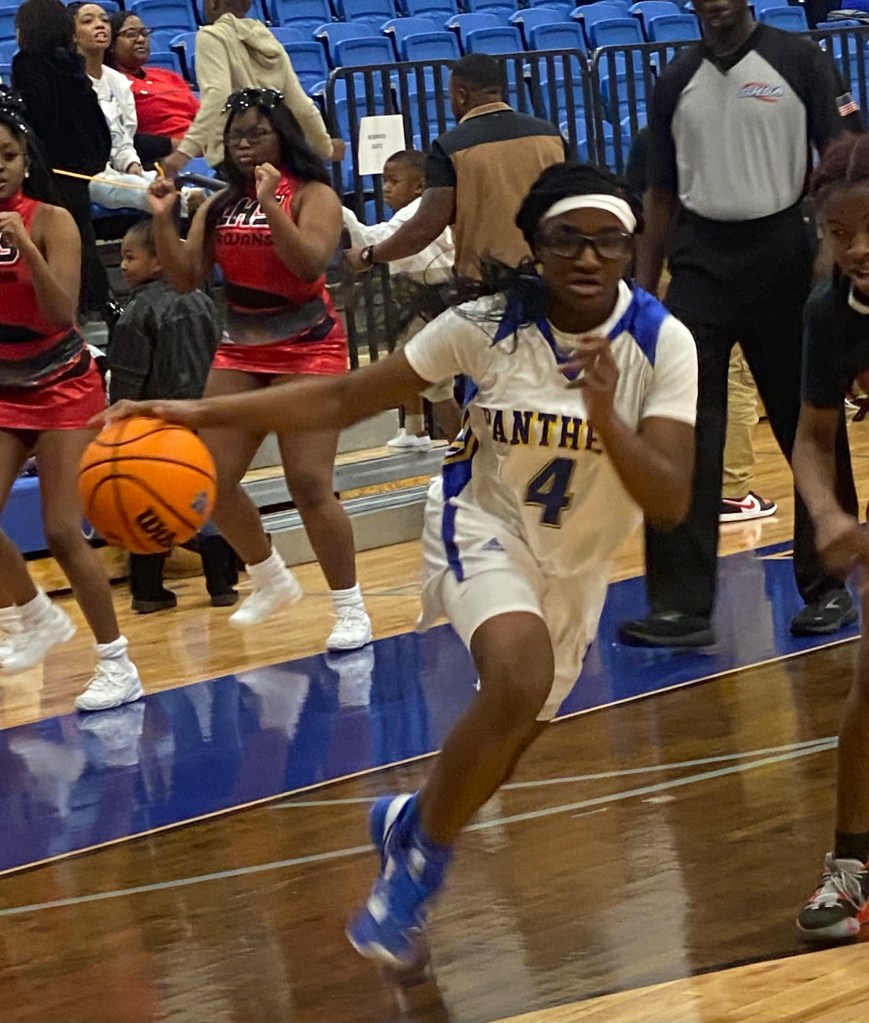 AMERICUS – Before Saturday, January 21, the last time the Sumter County Lady Panthers (SCHS) tasted victory was two weeks ago when they defeated Cook High School in Adel by the score of 56-50 on Friday, January 6. Since then, SCHS has endured a six game losing streak, but that streak came to an end in Hazlehurst, GA on Friday, January 20, when they defeated the Jeff Davis Lady Yellowjackets 46-27 and followed it up with a hard-fought 42-39 victory over the Cook Lady Hornets in the Panther Den on Saturday, January 21.

In the win over JDH, Janiyah Edwards led the Lady Panthers in scoring with 12 points and Madison Shelton poured in 10. Kamiyah Barron almost made the double figures scoring mark, as she scored eight points for SCHS in the winning cause.

The win over the Cook Lady Hornets, but thanks to some clutch free throw shooting over the final minutes of the game by Barron, Edwards and Lauren Harris. SCHS came out on top with a 42-39 victory.

Barron led the Lady Panthers in scoring with 10 points, Edwards had nine, Shelton chipped in six points and both Haley Moore and Lauren Harris each had five points in the winning cause.

The Lady Panthers (3-14) will try to extend their two game winning streak to three when they travel down to Fitzgerald, GA on Tuesday, January 24 to take on the Lady Purple Hurricanes of Fitzgerald. Tip off is scheduled for 6 p.m.